No Touch FM Means Loss of Choice, Which is Good for No One 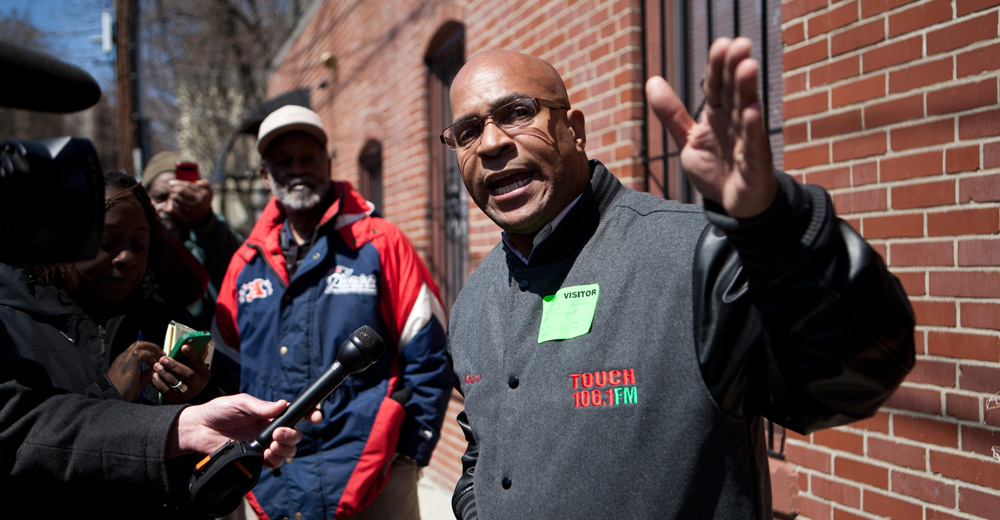 Earlier this week, the Federal Communications Commission (FCC), with the aid of US marshals, raided and shut down Touch 106.1 FM, an unlicensed radio station broadcast out of a basement in Grove Hall. The silencing of what some have called the voice of Boston’s under-represented black community has been met with opposition from a number of prominent politicians.

Gov. Deval Patrick, for one, told the Boston Globe that he was “incredibly disappointed” as a result of the raid.

Charles Clemons, the station’s founder and morning show host (and former Mayoral candidate), for his part, has been open about operating without a license, but has remained staunchly in defense of the station, telling the Globe, “There is no other radio station like this in the city of the Boston.”

The FCC’s basis for putting the kibosh on the “pirate” frequency is rooted in the ever-reliable threat to public safety, as U.S. Attorney Cameron Ortiz was quoted as saying unlicensed stations risk “potentially interfering with critical radio communications.”

But the idea that “there is no other radio station like this in the city of Boston,” as put forth by Clemons and echoed by Gov. Patrick – who also described the station as an “important voice in the community” – mirrors a similar (key word: similar) argument that the FCC has actually aligned with in recent history: access to diverse media is, in fact, worth protecting.

In 2012, the FCC ruled in favor of then Mayor Thomas Menino, who petitioned the agency to employ basic cable rate regulation in the city, as Comcast was increasing its costs to consumers, while the cable provider faced little else in the way of competition.

Following the FCC ruling, Menino said the people of Boston, “are upset and frustrated with increasing rates and a lack of choice in cable providers,” adding  “Boston needs either cable choice or rate protection.” (Bold my own.)

Now, obviously these two things are very different: Touch was, just by existing, knowingly in violation of the law. On top of that, it has been reported that Clemons was fined $17,000 back in 2008 for the same offense. If the station wanted to offer an alternative choice, Touch should’ve gone through the proper avenues. So the FCC shut the station down no doubt because it felt it needed to.

Conversely, Clemons has decried how proper, legal access to the airwaves is reserved for conglomerates with deeper pockets than his own.

The end result, either way, is still a loss of choice, which both sides seem to agree is good for no one.

Enter to win a pair of tickets to attend The Hess Collection Seminar and Dinner as part of Boston Wine Festival 2018 at the Boston Harbor Hotel on Wednesday, March 14th. END_OF_DOCUMENT_TOKEN_TO_BE_REPLACED

Chef David Vargas, Owner of Vida Cantina in Portsmouth, NH is hosting a one-time-only event that he created to raise money for foundations supporting immigrant workers and their families. He joined me in studio with Chef Daniel Bojorquez of La Brasa in Somerville to talk about Si Se Puede – Yes We Can Dinner on Sunday, April 2. END_OF_DOCUMENT_TOKEN_TO_BE_REPLACED

Boston band Funeral Advantage is Tyler Kershaw. And Tyler Kershaw had a fun childhood, so it seems. END_OF_DOCUMENT_TOKEN_TO_BE_REPLACED

Perry put me on to daephne and the album blew my mind. END_OF_DOCUMENT_TOKEN_TO_BE_REPLACED

While many have called out Davis since a video of her refusing to issue a marriage license to Rowan County residents David Moore and David Ermold went viral in July, relationship columnist and gay activist Dan Savage went a step further on MSNBC Tuesday night, saying that “this is about someone hypocritcally looking to cash in”. He added: “And she is a hypocrite.” END_OF_DOCUMENT_TOKEN_TO_BE_REPLACED