NKOTB vs. Backstreet Boys: Which is the Ultimate ’90s Boy Band? 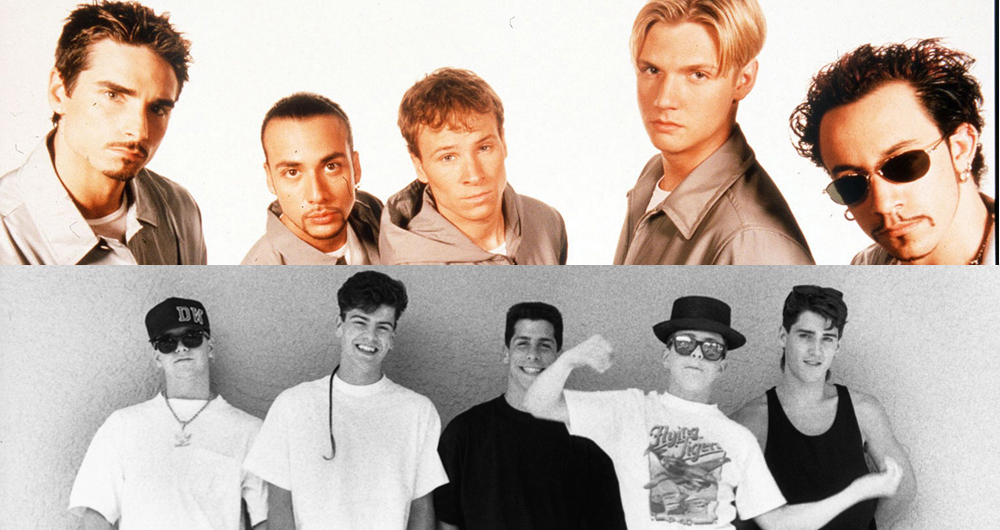 For the mass of ladies (and perhaps the few proud gentlemen) that were diehard boy band followers in the ’80s and ’90s, you’re in luck: Backstreet Boys’ youngest heartthrob Nick Carter and New Kids on the Block veteran Jordan Knight have finally teamed up for their first collaborative album “Nick and Knight.”

Released just last month, the inspiration behind the record probably had something to do with that wildly successful NKOTBSB tour that happened a few years back–a tour that I deeply regret missing. However, the two are taking their show on the road and making a stop in Boston on October 8 at the Citi Performing Arts Center. To placate my own infatuation with each group, I decided to pit Backstreet Boys and New Kids against each other in various categories to see which entity would come out on top. The results may surprise you.

This verdict pains me. New Kids had the better hits. “Step by Step” is irresistible in its catchiness.  The sing along hooks of “Hangin’ Tough” make for a bona fide pop jewel. “You Got It (The Right Stuff)” is the perfect template for a love song. However, while NKOTB had quality, Backstreet simply had quantity. Their first three albums (“Backstreet Boys,” “Millennium,” “Black and Blue”) were full of classic jams. From “Quit Playing Games (With My Heart)” to “The Call,” BSB were way more consistent in churning out songs that were both timeless and radio-friendly.

I’ll be the first to admit that my standards when it comes to a guys’ looks are pretty damn low, so honestly this one could have gone either way. While BSB did it more for me than New Kids, NKOTB were practically the prototype for what every boy band to come would embody. They would consist of: the bad boy (Donnie), the baby (Joey), the fun one (Danny), the mysterious guy (Jonathan), and the sweetheart (Jordan). Free feel to use this framework to classify members of current, yet way lesser bands (most notably, One Direction).

Verdict: New Kids on the Block

Again, this verdict isn’t an easy one for me to live with. Music videos by New Kids on the Block will always hold a special place in my heart. They’re fun, they’re cheesy, they’re hella ’80s. I will never be able to fully verbalize the magic behind The New Kids Dance. After a while, though, all of these videos get clumped together. Backstreet Boys managed to turn every music video they made into a distinct viewing experience. Whether they were dancing in the rain, goofing off in a haunted house, or making legions of teenage girls cry at airports, BSB knew the importance of making every visual count.

I have no problem keeping it 100 for this article. In 7th grade, my mom loved me enough to buy me a Backstreet Boys’ pay per view concert, and at the ripe age of 13 I knew what made for memorable musical prowess: costume changes, simple dance routines, raunchy solo performances. And while my attachment to BSB is downright humiliating, it doesn’t skew my ability to realize that they don’t have shit on New Kids on the Block. If that NKOTBSB tour revealed anything the Kids, it’s that the Boston boy band have aged quite impressively and can hold their own on any platform. This “Nick and Knight” tour promises to capture the essence of that.