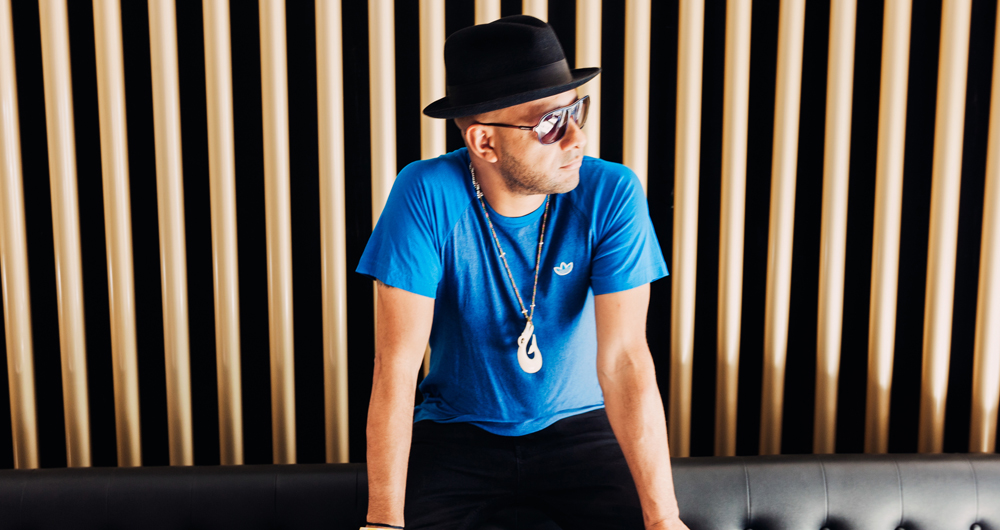 Nightmares on Wax, the pioneering British electronic producer George Evelyn, is coming to the Paradise tonight to celebrate 25 years of making records. Sure there are a million and a half anniversary tours occurring at any moment in 2014, that NOW is still making vital music in the electronic realm — notorious for high turnover and high burn out rates — is a reason to celebrate. Think about it for a second: In 1989 “the Simpsons” were brand new, the Soviet Union was still a thing and the World Wide Web was just a twinkle in Tim Berners-Lee’s eye. A lot has changed over the years — laptop computers weighed 14 pounds! — but the music of Nightmares On Wax is still ahead of the curve. We caught up with Evelyn to talk challenges, changes and tech over the last two and a half decades.

25 years ago what was the biggest challenge in making music?

25 years ago the biggest challenge, I think, was actually tying to get the record out. Really the story started in 1988 when Kevin Harper made a three track demo and we played it at a club night called Downbeat and the crowd went crazy. And we were like shit, we should try to get a record deal, we should definitely try to get a record deal. Then we, obviously, sent the demo to stores in England and even took a trip to New York and stuff like that and we got a plain ‘no’ from everybody.

I think that was probably the toughest part of it, but in hindsight that was the best part because at that point I was like ‘right, we’re going to have to do it ourselves.’ So I borrowed some money and pressed it ourselves and drove to every record store in England and sold them. And that’s how we got the heat. So I think that biggest challenge was that, really. But to say that, it didn’t feel like a challenge at the time because the excitement was there. Once we got the response off the record in the club, we had never had that response and that feeling before — that was it. That was everything, really.

What do you think is the most challenging thing about making records now, 26 years later?

There is much challenging now. [laughs] It’s quite hard to say that, because I think I’ve made records in the same way, but my experience, my maturity and my simplicity has made things easier. I think it’s more about learning to get out of the way and trust what you’re doing. When you’re younger you are affected by scenes, trends and all kids of bullshit, really. I think now I’m making 100% music from my heart now. If anything, I think you’ve got to work a bit harder to promote it, to work it, but I don’t see why you shouldn’t have to work hard to put records out.

But I would definitely say that are a lot more platforms to promote your stuff, which would make things more challenging but the only challenge I see is the challenge on my time. [laughs] The challenge really comes from your state of mind, you know what I’m saying? You can only be challenged by something if you think it’s greater than you, and I don’t really come from that space anymore. As long as I can see what I’ve got to do and I’m comfortable with it I’m just gonna try, you know?

What has been the most rewarding thing about making music over the last 25 years?

The joy, the joy and to be able to remember that that is what this is all about. Like I said, in the beginning and that experience of playing a song in a club and people going crazy. And being nervous and excited and scared, the highest joy ever and the laughter and you don’t know what to do with yourself because you had that experience from playing a song you’ve made, so to be making music now and to recognize that joy in there now, so much more than ever now, and recognizing the craft — that’s really the most beautiful and most present thing about what I’m doing. What’s sustained me all this time is that even when you’ve got the dips, things not being so easy, or  the music isn’t coming so easy, I can still remember the joy in what I do.

Has your relationship with technology changed over the last 25 years?

I wouldn’t say it’s changed but it’s evolved – it’s evolving. I mean, I’ve been in the phases of wanting to get the latest thing and all that stuff but I’m just not like that any more.  I’m more based on what works and nurturing my sound like that. I believe that my mission in this technology world is to create the perfect marriage of analog and digital, I believe that is my mission and that’s what I aim to do when I make music. Obviously some things are a bit easier, I’m making songs on the tour bus which is great, I can mix stuff in my hotel room, which is great. That part of it is fantastic because I the kind of person that when I’m traveling I get lots of ideas.

Where do you see your music and music in general going in the future?

I would never make a prediction for the future, i just think that would be a very naive sort of outlook really. I’m a great believer that when you go to make music just to allow things to happen and see what evolves. Once you try to sort of put it in a box and try to control it and decide what it’s going to be t stops being natural. And we’ve got a lot of that stuff out there already, haven’t we? So my adventure in music now is to work a lot more classically — orchestras, horns, stuff like that — because there’s still so much to do. I know what my dreams are and my dreams are to do more big band productions and stuff like that — that’s the direction I see my productions going. But the future of music in general? I would never make a comment on that.

Enter to win tickets to see Trio Da Kali at The Villa Victoria Center of the Arts (Newton, MA) on April 10th. END_OF_DOCUMENT_TOKEN_TO_BE_REPLACED

END_OF_DOCUMENT_TOKEN_TO_BE_REPLACED

Enter to win tickets to Rhye at The Paradise on February 28th. END_OF_DOCUMENT_TOKEN_TO_BE_REPLACED

Her new album has been pushed back, but we have Kimbra’s new single for you. END_OF_DOCUMENT_TOKEN_TO_BE_REPLACED

The folk duo returns with a new record this week. END_OF_DOCUMENT_TOKEN_TO_BE_REPLACED

Now that we’re done looking back at 2017, let’s look ahead at 2018. END_OF_DOCUMENT_TOKEN_TO_BE_REPLACED

Our first Song of the Week for 2018. END_OF_DOCUMENT_TOKEN_TO_BE_REPLACED

In a year when so many things were off, the music was right on. END_OF_DOCUMENT_TOKEN_TO_BE_REPLACED