Nick Hakim: Quiet Soul, From Berklee to the Big Time 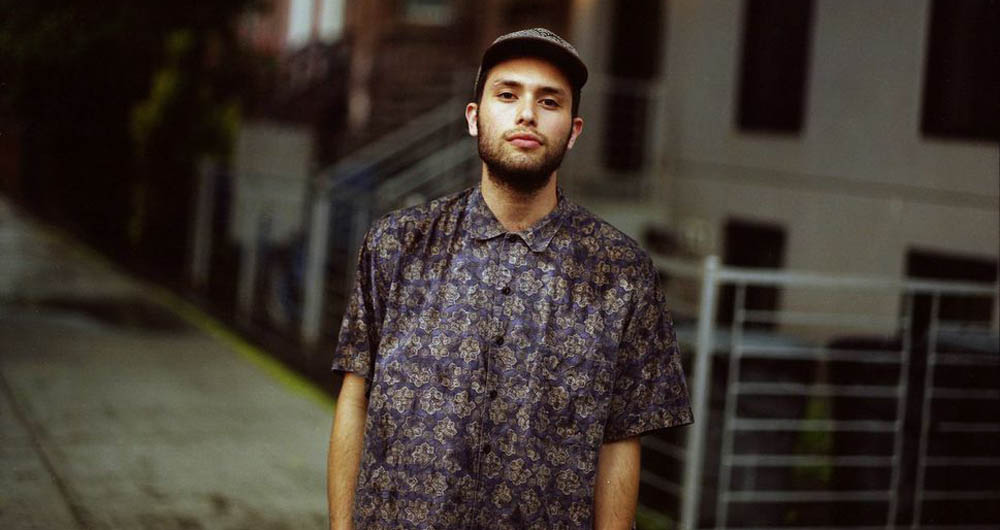 Nick Hakim built a sound out of the quiet, taking the less-is-more approach to the neo-soul genre. “We used to play in my living room,” he explains. “So we had to play back quiet, which I feel might have really developed the faint-like kind of songs we were playing.”After two years of recording, working on-and-off in studios from Boston and New York, the 23-year-old singer-songwriter released his debut EP today. The 5-track “Where Will We Go Pt. 1” EP is the first of two, a project Hakim began while studying at Berklee College of Music, and completed earlier this year.

The first two singles released off the EP, “Pour Another” and “Cold,” have each passed a hundred thousand plays on Soundcloud. Most recently, Hakim opened for Brooklyn-based songwriter Maxwell, who invited Hakim on tour with him less than a week after first seeing one of his tracks featured online. The two played at the Blue Hills Bank Pavilion in Boston on Saturday. These measures of commercial success like, however, have little significance to Hakim.

“My music’s always been an outlet—always since I was young, and I don’t really think about how many plays I’m getting online,”he says. “It’s something that I’m going to be doing for a long time, and if the next project after that [gets] like ‘no fucking hits,’ it’s whatever.”

Hakim was raised in Washington DC, and grew up with a complex musical background. Asked what he finds himself listening to, he’ll carefully list some favorites: “Curtis Mayfield and The Impressions, Marvin Gaye, Harry Nillson.” Hakim is cautious, avoiding comparisons—he’s an introspective songwriter, and wrote most of “Where Will We Go” in isolation. Describing himself as shy, Hakim took some time to get comfortable with the idea of performing live and getting his material recorded.

“I didn’t really want to play live. I had a lot of music that I was writing, going through some shit in my head. I was literally very shy, even performing anywhere. I had a friend that convinced me to really start trying to get a band together. I wanted to do it—I needed that extra push.”

Recording “Where Will We Go”became a challenge of finding the right people to work with, musicians who could understand the emotional basis for Hakim’s demos.

“I started trying my songs in some sessions, hitting up some different musicians, and all those sessions didn’t really work out,” he recalls. “They just sounded like some generic kind of shit. I started hanging out with a little group of people that I would play a lot of shows with, and this girl Adrianne Lenker, her and her band were—well basically, we were the same band.”

“I had the demos, the recordings all done before,”notes Hakim. “I literally just showed it to them, and told them what I wanted, and they got it. They understood where I was coming from.”

The finished sound is organic: the drums are sparse, the choruses understated, the EP is quiet. Hakim’s career has long since left the living room, but part of the charm of “Where Will We Go Pt. 1” is that the music is still very much there.

Enter to win tickets to see Trio Da Kali at The Villa Victoria Center of the Arts (Newton, MA) on April 10th. END_OF_DOCUMENT_TOKEN_TO_BE_REPLACED

END_OF_DOCUMENT_TOKEN_TO_BE_REPLACED

Enter to win tickets to Rhye at The Paradise on February 28th. END_OF_DOCUMENT_TOKEN_TO_BE_REPLACED

Her new album has been pushed back, but we have Kimbra’s new single for you. END_OF_DOCUMENT_TOKEN_TO_BE_REPLACED

The folk duo returns with a new record this week. END_OF_DOCUMENT_TOKEN_TO_BE_REPLACED

Now that we’re done looking back at 2017, let’s look ahead at 2018. END_OF_DOCUMENT_TOKEN_TO_BE_REPLACED

Our first Song of the Week for 2018. END_OF_DOCUMENT_TOKEN_TO_BE_REPLACED

In a year when so many things were off, the music was right on. END_OF_DOCUMENT_TOKEN_TO_BE_REPLACED