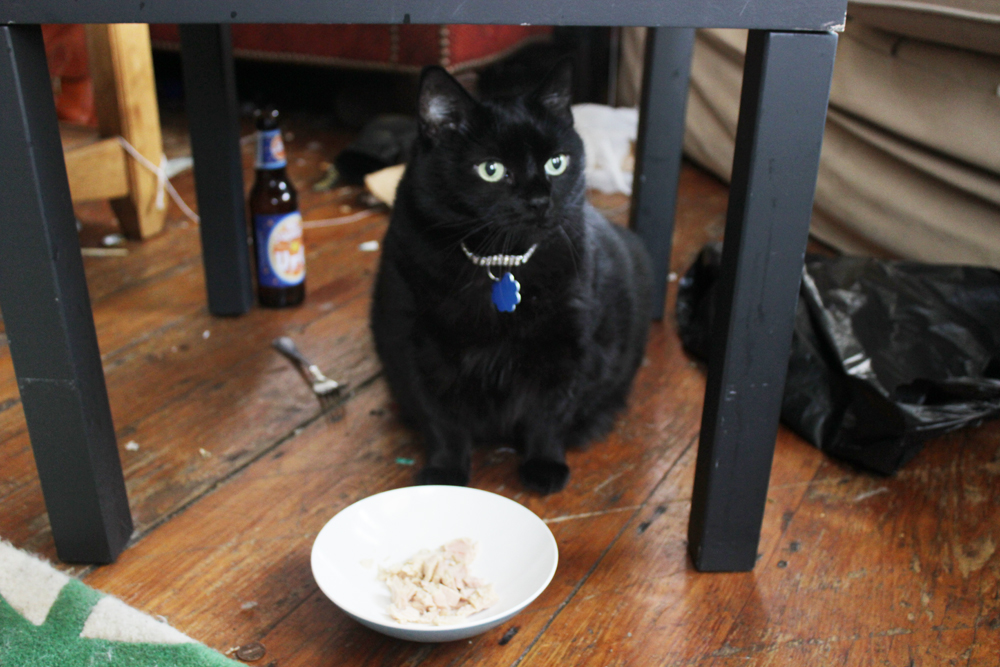 As a kid, Sonam Parikh would longingly look forward to Sundays. Sundays were the days that her mom would take her to the record store and buy her one CD. Each week Parikh would scour the Internet, investigating which album she really couldn’t live without any longer.

“The ones I wanted were never available in the store,” says Parikh. “They always had to be shipped from some random place.”

Having grown up in Brooklyn to parents who moved from a small, remote Indian village, Parikh experienced an immensely different upbringing than most of the New Yorkers she grew up around. With pressure from her parents who warned her of becoming too American, Parikh found expression and freedom in the loads of CDs she housed.

“I definitely understood why they were scared of me becoming too American, but I was born here and so there were things that I was going to pick up on no matter how much they didn’t want me to,” says Parikh. “I always felt different from the kids that grew up around me; never had friends, was the weird girl. That shaped my desire to be part of something else because I couldn’t find a common ground with all the people I encountered when I was growing up.”

It wasn’t until her move to Boston that Parikh found what it was she wanted to be a part of.

One day, as Parikh traipsed down the street, she found a Boston Compass on the floor – back when it was just one page of underground artistic goodness, and not the multi-paged paper it is today.

“I picked it up and was like, ‘What the fuck is this? This is cool.’,” she says. “It was like a secret map, because at the time I had no clue where any of the houses were that they were talking about in the articles or who the bands were. I immediately knew that I wanted to be a part of something like that.”

And that she did. After a few years engaging and operating in the Boston music scene, Parikh has established herself as one of the most well-known and likable show bookers in the area, putting together every show at Charlie’s in Harvard Square and a slew of house shows throughout Cambridge and Allston.

“It was nice to come here and meet people that felt the same way I did and had similar experiences,” says Parikh. “Mostly weird, shunned people who liked punk music and didn’t understand the point of what everyone else was doing or the status quo.”

Now with a library of connections, insider knowledge of the Boston booking scene, and impeccable music taste, Parikh has started her own completely DIY record label, Mina’s World, devoted to the promotion and cassette releases of bands whose music not only inspire Parikh herself, but deserve recognition on a much larger scale.

There’s no doubt that Boston is very well taken care of in terms of  awesome independent labels – BUFU Records, Feeding Tube, Exploding in Sound – so when Parikh chooses the bands that she and her two helping hands, Kurt Egghart and Alex Aronson, want to release, they look to the bands they love the most.

“I think the bands we’re putting out genuinely deserve a clean, crisp, nice tape that they are proud of and they can use to show someone that may help them further along the road,” says Parikh. “I guess Mina’s World is kind of the stepping stone for bands. I hope someone listens to the tapes we put out and decides, ‘Hey! This needs to be pressed to vinyl; this is so good.’ I hope people will listen to these tapes and take them to the next level that they are supposed to go.”

For their first release, Mina’s World brings you an 8-track release from Sick Thoughts , a 17-year-old dude from Baltimore who makes really wild punk rock, produced out of isolation, all by himself. His fast songs address the shittiness of being in high school and the angst of growing up.

“Stylistically these songs are his best yet,” says Parikh. “Sound wise it’s his best yet. He worked really hard on this release and he seems really proud, which is a pretty hard emotion to get out of him because he’s so often like, ‘everything sucks’.”

Be on the lookout for more releases, shows, and the super awesome distro that Mina’s World will be hosting on their website, full of cool zines, vinyl, and other tapes.

Perry Eaton writes for Boston.com. Perry Eaton talks on the radio with me from time to time. Today, he talked to me about what he’s been listening to and some upcoming shows and festivals worth checking out. Click here to read more. END_OF_DOCUMENT_TOKEN_TO_BE_REPLACED

In some ways, Palehound has always had a home in Boston. END_OF_DOCUMENT_TOKEN_TO_BE_REPLACED

Kal Marks is the kind of band that sneaks up on you. Whether you’re experiencing them at some basement show in Allston, or in an opening set for Pile at Great Scott, you may not see them coming, but they’ll immediately click. The combination of heavy sludgy riffs and lead singer Carl Shane’s unique crooning bowls you over. It’s dark and it’s compelling, but most importantly, it’s really earnest. END_OF_DOCUMENT_TOKEN_TO_BE_REPLACED

It’s not very often that some of the most talented performers in Boston are set to grace the same stage in a single night. This Sunday marks the 1 year anniversary of Mind Spray, a local hip-hop open mic and showcase series devised by promotion and booking company The Brain Trust. END_OF_DOCUMENT_TOKEN_TO_BE_REPLACED

There’s been a lot written about Street Dogs evicting a group of neo-Nazis from the pit at their House of Blues, Anaheim show on St. Patrick’s Day. You don’t need to read any of it. Just listen to front man Mike McColgan tell the story. He talks about joining his old band, Dropkick Murphys, on stage in Boston last week, too. END_OF_DOCUMENT_TOKEN_TO_BE_REPLACED

It’s not her best. END_OF_DOCUMENT_TOKEN_TO_BE_REPLACED

When in Nashville, do as the locals do. Since relocating to Tennessee a few months ago, this seems to have been Steven Tyler of Aerosmith’s approach after announcing in an October Twitter Q&A session that he intended to record a country album, an endeavor he’s well in the process of completing. END_OF_DOCUMENT_TOKEN_TO_BE_REPLACED

“I’m Shipping Up To Boston” just turned ten years old. Boston.com’s Matt Juul put this piece together on the history and significance of the Dropkick Murphys song, then joined me in studio to talk about it. END_OF_DOCUMENT_TOKEN_TO_BE_REPLACED

Boston is a city known for it’s Irish heritage, and it’s celebration of it. Two main traditions have held strong in Boston: the St. Patrick’s Day Breakfast and subsequent Parade. But I argue there is a third now: seeing the Dropkick Murphys at the House of Blues during their multi-night March Residency. END_OF_DOCUMENT_TOKEN_TO_BE_REPLACED

Sure, you might see a punk show on Monday and a chillwave band on Thursday and so on, but usually you favor one sound over another because you’re a busy bee and time is honey. It’s been the same for years, and the Prefab Messiahs can vouch. END_OF_DOCUMENT_TOKEN_TO_BE_REPLACED