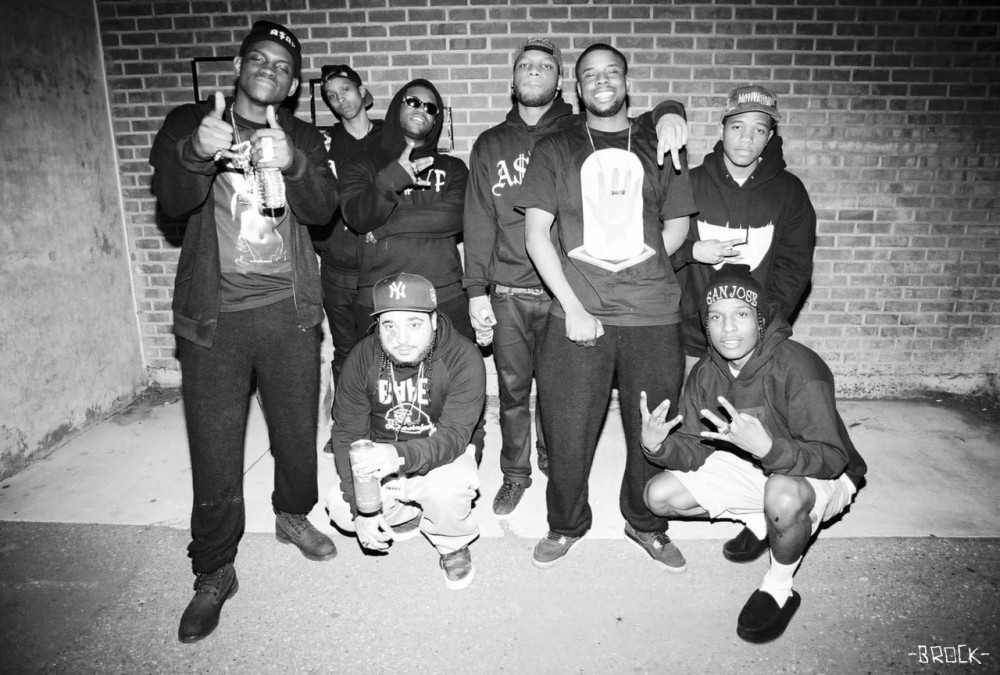 Classics return with new material, neo-folk has a big day, and hip-hop may find its new posterboys. There’s a good deal of new releases to choose from today. Here are eight that have us particularly pumped.

Cults– “Static” [Columbia]
It’s been two years since the Brooklyn duo released its self-titled debut. Expect a more aggressive sound from the follow-up but don’t forget to look a bit deeper, too. Cults’ Brian Oblivion and Madeline Follin were a couple when their first album was released, but this time, sadly, no longer.

Happy Jawbone Family Band– “Happy Jawbone Family Band” [Mexican Summer]
The Vermont weirdo-pop collective throws curveballs with every release. On its new self-titled album, there’s a tragic, feel-good vibe that could translate with oddballs, squares, and everyone in between. If these folks aren’t on your radar yet, make sure to check out this album and watch an exclusive video that band debuted on BDCwire today.

A$AP Mob– TBA [Polo Grounds/RCA]
A$AP Rocky was the first, then A$AP Ferg signed with a major label, but now the entire Harlem crew is putting out its first full-length. Hip-hop needs a new crew and this could be the next one to grab our attention.

The Head and the Heart– “Let’s Be Still” [Sub Pop]
The Seattle acoustic outfit struck folk-pop gold with its first album, shuffling into the same network as Newport Folk Fest favorites Dawes and Deer Tick. Hopefully the harmonies will remain strong on “Let’s Be Still.”

Heavenly Beat– “Prominence” [Captured Tracks]
Former Beach Fossils bassist John Pena released his debut album “Talent” last year to a quiet response. Expect “Prominence” to turn a few more heads this time, as it digs a bit deeper and even scrapes the catchy side of synth-pop.

Paul McCartney– “New” [Hear Music/MPL]
Anything he touches is worth your attention.

Pearl Jam– “Lightning Bolt” [Monkeywrench/Republic]
Eddie and the boys’ 10th release is their first in four years and will trace back to darker, earlier sounds in the band’s history. It’s a bit weird to think of Pearl Jam as a classic but it’s always intriguing to hear how the band mixes in its own brand of yesteryear while continuing to evolve.

Enter to win tickets to see Trio Da Kali at The Villa Victoria Center of the Arts (Newton, MA) on April 10th. END_OF_DOCUMENT_TOKEN_TO_BE_REPLACED

END_OF_DOCUMENT_TOKEN_TO_BE_REPLACED

Enter to win tickets to Rhye at The Paradise on February 28th. END_OF_DOCUMENT_TOKEN_TO_BE_REPLACED

Her new album has been pushed back, but we have Kimbra’s new single for you. END_OF_DOCUMENT_TOKEN_TO_BE_REPLACED

The folk duo returns with a new record this week. END_OF_DOCUMENT_TOKEN_TO_BE_REPLACED

Now that we’re done looking back at 2017, let’s look ahead at 2018. END_OF_DOCUMENT_TOKEN_TO_BE_REPLACED

Our first Song of the Week for 2018. END_OF_DOCUMENT_TOKEN_TO_BE_REPLACED

In a year when so many things were off, the music was right on. END_OF_DOCUMENT_TOKEN_TO_BE_REPLACED