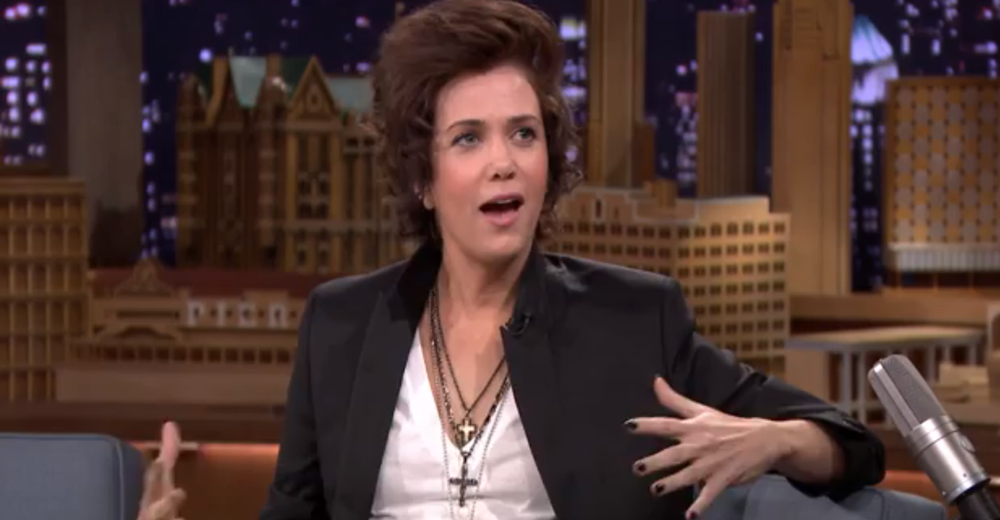 With the Rock and Roll Hall of Fame Induction Ceremony this Thursday, late night master, Jimmy Fallon, took full advantage of the influx of legendary artists in town and booked a week of solid performances. Per usual, Kimmel and Meyers play host to some of comedy’s heavy-hitters.

Two of rap’s greatest minds will kick off Fallon’s all-star week of musical acts. Hip-hop heads tune in for a rare on-air collaboration of the two pioneers.

The New York- based indie rockers, Real Estate, just finished their tour with Pure X and will perform their  single “Talking Backwards,” on this week’s show. If you haven’t picked up “Atlas” yet, it is yet another terrific release from this Brooklyn crew.

This is definitely Fallon’s most star-studded evening for music this week. Stevie Nicks is billed as the musical guest, but given Nicks’ involvement in Grohl’s “Sound City” project and the fact that the pair performed “Landslide” together a year ago, we could see a collaboration brewing here on the week after the anniversary of Cobain’s death.

Neon Trees will bring their indie alt-rock to Kimmel on Wednesday night, the first of many upcoming TV appearances for the Utah sugar-poppers.

Fallon’s huge week of music caps off with some testosterone-propelled rock from infamous shred-masters, KISS.

The “Horrible Bosses” funny-man just made his directorial debut with a new comedy feature, “Bad Words.” Though the movie has received mixed reviews, Bateman is known for carrying crude movies like this one, with his dry and understated comedic delivery.

When it comes to a career in comedy, Tracy Morgan has been there, done that. The SNL alum and “30 Rock” star is not only set to debut his newest standup special  “Tracy Morgan: Bona Fide,” but is also talking with FXX about a new comedy series.

It’s hard not to picture Penelope, or any of her other recurring SNL characters, when you think about the ever-hilarious Kristin Wiig. The “Bridesmaids” star’s spot-on skits have made her one of the leading ladies in comedy and has been dubbed one of the most talented cast members to have worked on the show.

We haven’t heard much about Sting recently, aside from his stop at TD Garden with Paul Simon not long ago, but the Police frontman has been hard at work organizing another one of his music-driven fundraisers, the Rainforest Fund 25th anniversary benefit concert.

“Family Guy” may not be as hot as it was ten years ago, but MacFarlane has done more than enough to solidify himself as a multi-talented force in the entertainment industry, whether it’s movies and animation, voice-over work in programs like “Cosmos,” song-and-dance acts at awards shows, or hilarious Harvard commencement speeches.