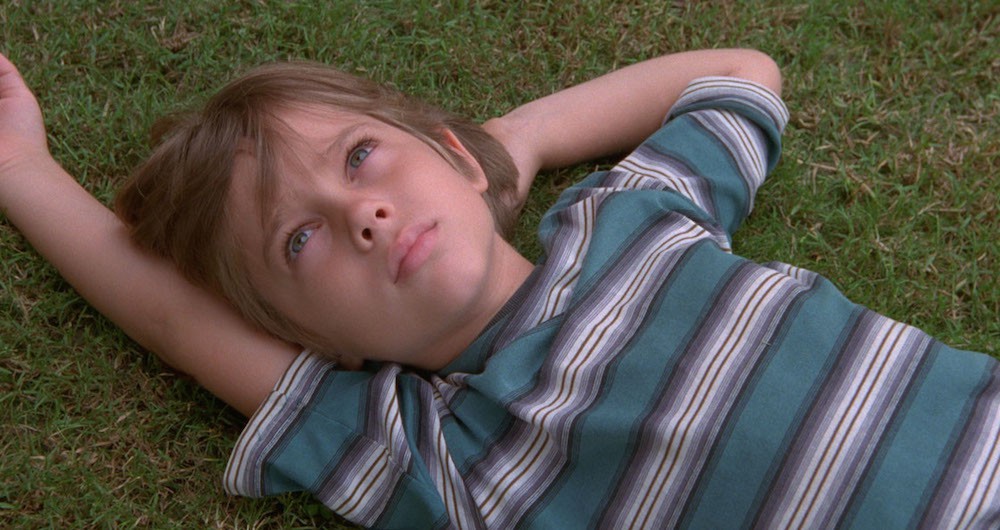 Richard Linklater’s “Boyhood” is easily the most acclaimed film of the year.  Audiences loved it, laughing, crying, and getting wrapped up in the general nostalgia that is basically built into the film’s form and structure.  Critics and cinephiles have rarely been so in agreement regarding which film to put atop their end-of-the-year top ten lists.  It’s an experimental passion project over twelve years in the making by a beloved but somewhat underrated American master.  It’s been cleaning up during this awards season, just been nominated for six Academy Awards, and is the clear front-runner for Best Picture, Best Director, and Best Supporting Actress.

After all that, how come I still can’t seem to really get behind it?

Earlier this year, before I had seen “Boyhood,” I was talking to someone about how Linklater was one of the most brilliant yet underrated American directors working today, a rare talent who deserved more recognition.  Sure, he’s had the general favor of most critics since he started in the ’90s, but he was rarely brought into the conversation when discussing major talents.

Over the past few years, I’ve taken the time to truly delve into his work, and I’ve constantly found myself falling in love with his characters, his dialogue, his philosophizing, and so on.  From “Slacker” to “Dazed and Confused,” from “Waking Life” to the “Before” trilogy, Linklater crafts cinematic worlds that are nearly plotless, detailed and intimate hangout movies rooted in human connection, relationships, and conversation.

The films I mentioned are not only excellent but diverse and innovative.  “Slacker” helped to kickstart the independent scene in the ’90s with its loose (to say the least) structure and satirical, original look at life on the fringes for a bunch of bohemians and misfits.  “Dazed and Confused” came to redefine the “high school movie” with its vibrant sense of life, reflections on American culture, and goofy sense of humor mixed with underlying hints of melancholy.  “Waking Life” introduced many of us to rotoscope animation, the perfect form to capture the film’s dreamlike drift and heady philosophical discussions.

And then there’s the “Before” trilogy, what I believe to be Linklater’s greatest cinematic achievement (so far), capturing the ever-evolving relationship between Jesse and Céline every nine years, from the first sparks of romance to the turmoils of marriage.  It’s easy to get lost in their world and their conversation, so ripe with honesty, wit, romanticism, and intimacy.  It may be modern cinema’s finest love story.

Months before “Boyhood” was even released, it was all anyone could talk about.  My excitement and anticipation were at their peak, and I thought that Linklater was finally going to gain all of the recognition and praise he ever deserved.  And, as it turns out, he did.  But… after two separate viewings months apart (removed from the hype machine), I still don’t recognize “Boyhood”as the masterpiece everyone claims it is.

With “Boyhood,” Linklater basically inverted his typical structure (following characters over the course of a single day) and expanded it so that we can watch his characters actually age, grow, and change over the course of twelve years on the big screen.  The effect is certainly astounding and an overall cinematic achievement, but by doing so, I believe that Linklater lost the specificity, originality, and intimacy that made his earlier work so special.

“Boyhood” does capture one boy’s coming-of-age over the course of twelve years, but it does so in a way that feels very general and universal, with broad strokes and a sense of feel-good sentimentality.  The performances, with the exception of the excellent Patricia Arquette and Ethan Hawke, are all over the place (and not just because it was filmed over the course of twelve years).  Don’t get me wrong, I do not think it is a “bad movie.”  I enjoyed it and couldn’t be happier that Linklater is finally getting his due.  It just appears to me that, in going for a more universal appeal, Linklater lost some of the magic.

In my weird way, I feel guilty about not enjoying “Boyhood” nearly as much as everyone else seems to because I feel like I should.  Here’s a cinematic feat for the books, directed by a beloved yet underrated artist finally gaining the larger recognition he deserves, and yet… I still can’t really get behind it.  Come Oscar night, I’ll certainly be rooting for “Boyhood” and Linklater, more for what they stand for and less for the film itself.

Golden Globe and Emmy nominee Benjamin Wallfisch is the composer responsible for the score of the hit movie IT. I talked to Ben about his approach to scoring the new version of this iconic story and his thoughts on film and music overall. Some very insightful commentary; listen in. END_OF_DOCUMENT_TOKEN_TO_BE_REPLACED

Rupert Gregson-Williams is an award-winning film composer. He just so happened to compose the score for this summer’s big blockbuster Wonder Woman. We talked about his beginnings in film scoring, film scores that move and inspire him and, of course, Wonder Woman. END_OF_DOCUMENT_TOKEN_TO_BE_REPLACED

Jeff Rapsis is a New England-based composer and performer. Lately, he’s been creating live musical scores for silent film screenings. I talked to him about his process and a few of his upcoming performances at The Capitol Theatre in Arlington and the Somerville Theatre. You can keep track of where else Jeff is scoring silent films here. END_OF_DOCUMENT_TOKEN_TO_BE_REPLACED

Planning on seeing Rogue One: A Star Wars Story when it opens this weekend? I joined Adam 12 to give you an idea of what to expect. But don’t worry, I didn’t give anything away. END_OF_DOCUMENT_TOKEN_TO_BE_REPLACED

No, not from afar, from the comfort of her couch. From the actual awards themselves. That’s where Meredith Goldstein was for the Oscars. She shared all the juicy, first-hand details with me. END_OF_DOCUMENT_TOKEN_TO_BE_REPLACED

To celebrate the opening of ‘The Force Awakens,’ I had some very special guests in studio to start the Thursday, December 17 edition of The Brink. Listen. END_OF_DOCUMENT_TOKEN_TO_BE_REPLACED

Watching the new Star Wars trailer a million times gave us all sorts of feels. And one of those feels was nostalgia. END_OF_DOCUMENT_TOKEN_TO_BE_REPLACED

END_OF_DOCUMENT_TOKEN_TO_BE_REPLACED

If you’ve finally finished crying over Inside Out — or Lava, the short that ran before it — Pixar is readying another assault on your tear ducts with The Good Dinosaur, if its newly released trailer is any indication. END_OF_DOCUMENT_TOKEN_TO_BE_REPLACED