My Landlady’s Daughter Is Completely Insane 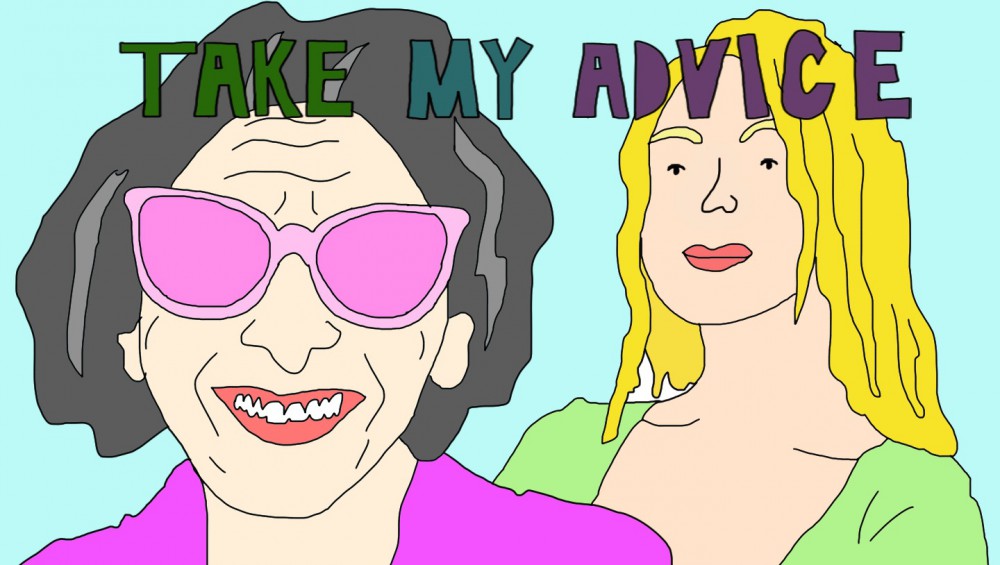 I live in a three-apartment place owned by an incredibly sweet elderly woman, let’s call her Bea. Bea lives in the first floor unit and her daughter, call her Vicki, lives in the second floor unit (we’re on the third floor). The problem is that Vicki is a crazy bitch. Last week, when I was shoveling out both our cars (hers was behind mine, so I wasn’t going to get out until it happened) she screamed at me out her window about where I’m allowed to put the snow. More than once, she’s literally pulled our trash out of the garbage can and left it in the back entryway, because “we can’t put it there until garbage day.” Any time I see her she’s awful, and I’m starting to dread accidentally bumping into her. I don’t want to hurt my landlady’s feelings, but her crazy daughter is making me want to move. What should I do?

Well that depends: how nice is the place, how low is the rent, and how long is your lease?

No matter what the answer to those questions is, you should probably act the same way in the short term (which I’ll explain in a sec), but your long-term plans might change.

For now, you need to talk to Bea. Tell her about her daughter’s behavior–if she’s a sweet elderly lady, she’s probably seen Vicki’s unreasonableness come out before. If she’s been a landlady for any amount of time, she’s almost certainly had it affect her previous tenants.

Tell her that Vicki is rude, tell her about specific instances, and tell her that it makes you extremely uncomfortable in the property.

How she deals with that is up to her; hopefully she’ll at least speak to her daughter and try to temper the behavior. If you’re lucky, she might toss you a discount on your rent for the trouble.

After your talk, see how–or whether–Vicki’s behavior changes. It might be that she shapes up (or at least shuts up), and you decide you can tolerate the place for another lease cycle. It might be that she seems reformed, but the deal you’re getting isn’t good enough to take the risk for another year. Or it may be that she doesn’t change at all, but a quick search on Craigslist shows you that your budget and your desired style of living aren’t likely to come together anywhere Vicki doesn’t live. At that point, weigh your frustration against the frustration of moving, paying more, etc. as honestly as possible. Don’t discount your current pain to tip the scales; living in fear of confrontation is a shitty way to live. That said, dealing with a dirty look in the hallway once a week might be worth more to you than cutting sushi out of your budget. Choose wisely.

One thing you can do to help your own frustration: once you have the conversation with Bea, stop tiptoeing around Vicki. She obviously has no sense of social niceties…so stop extending them towards her if she’s acting rudely. When she shouts out the window about the snow, tell her “you can either shut up or you can pay me for shoveling out your car.” When she puts garbage in your back hall, return it to hers, with a nice note reminding her that she “forgot this upstairs.” When she screams obscenities at imaginary offenses, tell her to fuck off and leave you alone.

Usually, I’d say that kind of behavior is beneath you or anyone else. But if reason, adult tactics, and just gritting your teeth aren’t working, well…blow off some steam. Goodness knows Vicki has been.

Today, that briefly changed, as the hashtag #TheWorstPartofDepressionIs trended worldwide on Twitter, sparking a conversation on an issue many find difficult to discuss. END_OF_DOCUMENT_TOKEN_TO_BE_REPLACED

I’m in my mid-twenties, and I’ve been working as a substitute teacher for the last couple years (I joined Teach for America right out of college). I know some of the girls in classes I teach have crushes on me — high schoolers aren’t very subtle — but I brush it off, because I’m not an idiot. Last week, however, I got a disturbing email from a girl in the English class I subbed for. Pictures were attached. You get the gist. What do I do about this situation? I obviously haven’t responded, but I’m afraid she might go Lifetime-movie on me. END_OF_DOCUMENT_TOKEN_TO_BE_REPLACED

Ridiculous doesn’t even begin to capture all that transpired, from the storm of emojis to the storming and barricading of Jordan’s house by a cavalcade of Clippers. END_OF_DOCUMENT_TOKEN_TO_BE_REPLACED

My friend has a dog, and she’s always been kind of half-assed about caring for it. I’ll see her out at a party or a barbeque all day long, so I know the dog is home alone, and sometimes she goes out right after she finishes a shift (she’s a waitress, so that might be pretty late), without even going home to feed the dog or let it out. The other day, though, I went over to her house and realized things have crossed a line. There were piles of dog feces in a couple of corners, and the entryway rug was soaked in urine when we walked in. She laughed it off and called the dog naughty, then cleaned up the poop and basically ignored it. I’m worried about the puppy, and about my friend; what kind of person does that to an animal? Should I call animal control on her? END_OF_DOCUMENT_TOKEN_TO_BE_REPLACED

My friend drives drunk. A lot. And not just “one drink too many” drunk, more like “in obviously rough shape” drunk. It not only makes me scared for her, it makes me angry: She could hurt herself or someone else, and there’s really no excuse in the era of Uber. I’ve tried talking to her about it, but she brushes it off or claims she won’t do it again, but then does, anyway. I’ve been tempted to call the cops on her just to get her to stop doing this. How do I convince her it’s not worth it before something terrible happens?  END_OF_DOCUMENT_TOKEN_TO_BE_REPLACED

Earlier this month, we posted a story about Rob, a man falsely accused of being a sex offender. END_OF_DOCUMENT_TOKEN_TO_BE_REPLACED

It’s also one that the NFL’s report can’t properly answer. Nor can the New York Daily News, despite its screaming front pages. END_OF_DOCUMENT_TOKEN_TO_BE_REPLACED