With the Super Bowl just around the corner, a little friendly Seattle and Boston rivalry seems to be coming up everywhere — even between art museums.

The Seattle Art Museum is so confident in the Seahawks that they challenged two New England museums to a #MuseumBowl Twitter Throwdown. And unlike the bogus Super Bowl bet between Massachusetts Governor Charlier Baker and Washington Governor Jay Inslee, there are actual stakes for this wager. The winning museum “gets the privilege of displaying a major work of art from the other museum for three months.”

What’s at stake: For the Seattle Art Museum (SAM), it’s the Puget Sound on the Pacific Coast from 1870 by Albert Bierstadt (which New England will soon inherit). 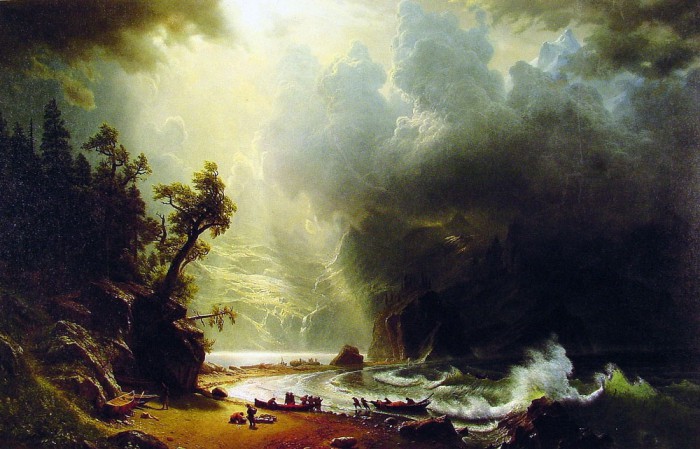 On the other hand, Boston stands to lose West Point, Prout’s Neck from 1990 by Winslow Homer which is currently housed in Clark Art Institute (CAI). 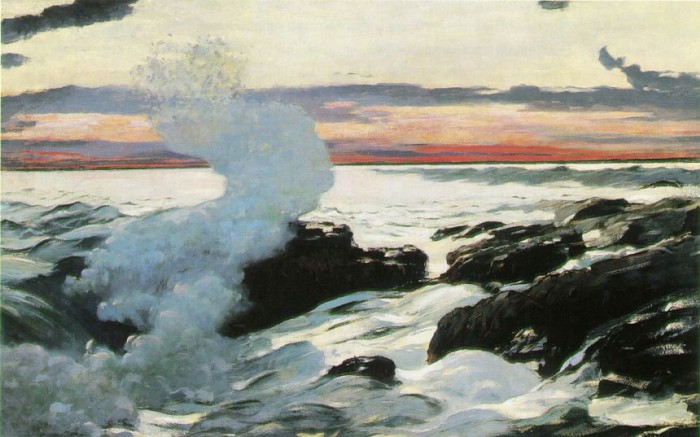 It’s the Seattle Art Museum versus The Museum of Fine Arts (MFA) and the Clark Art Institute. Let the Twitter battle begin!

Although we’re not entirely sure who threw the first punch, does it really matter? Boston’s got this Twitter Throwdown in the bag. Good one, MFA. 1-0 to Boston.

What will the #Patriots be doing on Sunday? #Seahawk hunting. @iheartSAM #MuseumBowl pic.twitter.com/7CPG86ut3K — Museum of Fine Arts (@mfaboston) January 30, 2015

The CAI then showed SAM just how resilient of a city Boston is.

But SAM was quick to respond. How original.

Fortunately, not as quickly as the MFA.

We already know that not only are The Patriots going to win, Boston’s also going to claim this throwdown championship title. CAI knew it too.

Boston’s got Belichick, what do the Seahawks have?

You may not need Rosetta Stone, but you might want to get a Kleenex or two.

The Seahawks better be prepared for a battle.

#Boston may love tea, but don’t let those tea parties fool you—Sunday will not be as civil #SuperBowlXLIX #MuseumBowl pic.twitter.com/uNq0rrSUGb

But no battle is without wounds.

Does New England have any Warhols? You’ll be needing to nurse your wounds with some chicken soup on Monday! #MuseumBowl @mfaboston — SAM (@iheartSAM) January 30, 2015

But the Patriots undoubtedly have the better and stronger warriors.

Then the MFA took Seattle’s taunts…

And threw it right back at them.

Not only is Boston going to climb their way to another Super Bowl Victory, we’re going to do it in style.

In #Boston, we know how to accessorize. #BlingDynasty #WickedAwesome pic.twitter.com/SjJ8mGv5L6 — Museum of Fine Arts (@mfaboston) January 30, 2015

Enter to win a pair of tickets to attend The Hess Collection Seminar and Dinner as part of Boston Wine Festival 2018 at the Boston Harbor Hotel on Wednesday, March 14th. END_OF_DOCUMENT_TOKEN_TO_BE_REPLACED

The Black and Gold continue their run tonight at TD Garden. END_OF_DOCUMENT_TOKEN_TO_BE_REPLACED

Who will make the Class of 2018? END_OF_DOCUMENT_TOKEN_TO_BE_REPLACED

It’s been awhile since we talked Black and Gold. END_OF_DOCUMENT_TOKEN_TO_BE_REPLACED

You’re going to wish you were in the Northern Alps. END_OF_DOCUMENT_TOKEN_TO_BE_REPLACED