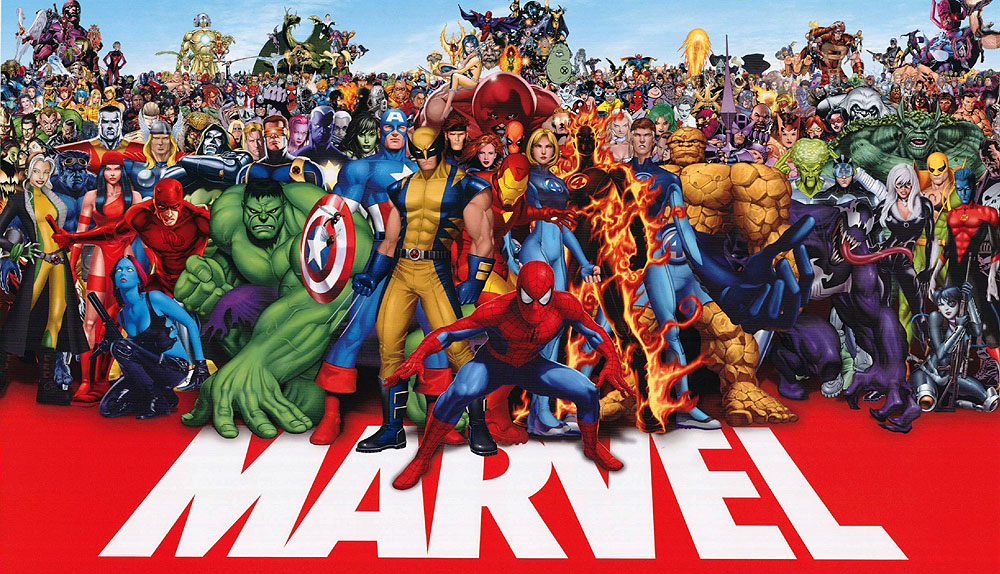 Over the weekend, Marvel Studios rolled out yet another stand-alone Avengers film, “Thor: The Dark World,” as a follow-up to the 2011 film uniting all the major characters. This “Thor,” along with “Iron Man 3,” released earlier this year, launches phase two of Marvel’s Master Plan  — a big money grab that’s already paid record dividends. Over the in-progress eight-year rollout, super producer and Marvel Studios president Kevin Feige hasn’t shared his long-term strategy. But here’s a peek at what we know through 2015 and what we can speculate into 2017.

In 2014, local boy Chris Evans puts on tights again for “Captain America: The Winter Soldier.” Set for an April 4 release, Evans teams up with Scarlett Johansson’s Black Widow, who you likely remember from the monster hit “Avengers” movie. Together, they try to solve a mystery and stop an enemy hiding in Washington, D.C.

Next in 2014, Marvel unleashes “Guardians of the Galaxy” on Aug. 1 with stars galore: Chris Pratt, Zoe Saldana, Benicio del Toro, John C. Reilly, Glenn Close, Bradley Cooper, and Vin Diesel. This obscured group is based on the modern 2008 reboot located in the Marvel Universe and not Earth-691 from the original 1969 alternate universe. Here, space-age ex-cons possess a sought-after object and join forces with a jet pilot to wreak havoc on a galactic force. This crew of oddities includes Star-Lord, Gamora, Tanleer Tivan, Groot, Drax the Destroyer, Nova Prime, and Rocket Raccoon.

The Avengers return with the original cast for a sequel in 2015 entitled “Marvel’s The Avengers: Age of Ultron.” Due May 1, the team of heroes hunts down a robot who has escaped from its creator Dr. Hank Pym (not yet cast) and is now menacing humankind. The film introduces new superheroes Scarlett Witch (Elizabeth Olsen) and Quicksilver (Aaron Taylor-Johnson).

The highly-anticipated “Ant-Man” rolls into theaters on July 31, 2015, courtesy of “Scott Pilgrim vs. the World” and “Shaun of the Dead” director Edgar Wright. Rumor has it that Marvel is lightening up, releasing something closer to a comedy. Hey, think of controlling and communicating insects and it does sound kind of funny. Biochemist Dr. Hank Pym develops a size-altering formula, which he tests on himself. Next, he crafts an instrument which helps deal with those pests.

Marvel’s vague plans after 2015 have not held them back from laying claim to several big movie weekends through 2017. The release dates May 6 and July 8, 2016, and May 5, 2017, are for all unannounced films. While currently in development, rumors are that “Doctor Strange” gets his own film (in recent weeks, Doctor Strange and Black Panther are essentially confirmed for some sort of big screen action). So Doctor Strange, the former neurosurgeon, serves as the Sorcerer Supreme — the primary protector of Earth against magical and mystical threats. Demons and Hell with a villain Mephisto could be on the horizon.

Also in development is a “Black Panther” film. Surprisingly, we haven’t seen a black superhero since Wesley Snipes in “Blade,” which ended its series in 2004. Marvel Studios has regained the Daredevil and Punisher franchise and is planning reintroduce these characters in the near future. Though unlikely, there could always be another Thor, Hulk, Captain America, or Iron Man film — as well as another Avengers film. Where there’s money to be made…

Golden Globe and Emmy nominee Benjamin Wallfisch is the composer responsible for the score of the hit movie IT. I talked to Ben about his approach to scoring the new version of this iconic story and his thoughts on film and music overall. Some very insightful commentary; listen in. END_OF_DOCUMENT_TOKEN_TO_BE_REPLACED

Rupert Gregson-Williams is an award-winning film composer. He just so happened to compose the score for this summer’s big blockbuster Wonder Woman. We talked about his beginnings in film scoring, film scores that move and inspire him and, of course, Wonder Woman. END_OF_DOCUMENT_TOKEN_TO_BE_REPLACED

Jeff Rapsis is a New England-based composer and performer. Lately, he’s been creating live musical scores for silent film screenings. I talked to him about his process and a few of his upcoming performances at The Capitol Theatre in Arlington and the Somerville Theatre. You can keep track of where else Jeff is scoring silent films here. END_OF_DOCUMENT_TOKEN_TO_BE_REPLACED

Planning on seeing Rogue One: A Star Wars Story when it opens this weekend? I joined Adam 12 to give you an idea of what to expect. But don’t worry, I didn’t give anything away. END_OF_DOCUMENT_TOKEN_TO_BE_REPLACED

No, not from afar, from the comfort of her couch. From the actual awards themselves. That’s where Meredith Goldstein was for the Oscars. She shared all the juicy, first-hand details with me. END_OF_DOCUMENT_TOKEN_TO_BE_REPLACED

To celebrate the opening of ‘The Force Awakens,’ I had some very special guests in studio to start the Thursday, December 17 edition of The Brink. Listen. END_OF_DOCUMENT_TOKEN_TO_BE_REPLACED

Watching the new Star Wars trailer a million times gave us all sorts of feels. And one of those feels was nostalgia. END_OF_DOCUMENT_TOKEN_TO_BE_REPLACED

END_OF_DOCUMENT_TOKEN_TO_BE_REPLACED

If you’ve finally finished crying over Inside Out — or Lava, the short that ran before it — Pixar is readying another assault on your tear ducts with The Good Dinosaur, if its newly released trailer is any indication. END_OF_DOCUMENT_TOKEN_TO_BE_REPLACED