UPDATE: Some military groups will not be allowed to march during Boston Marathon this year 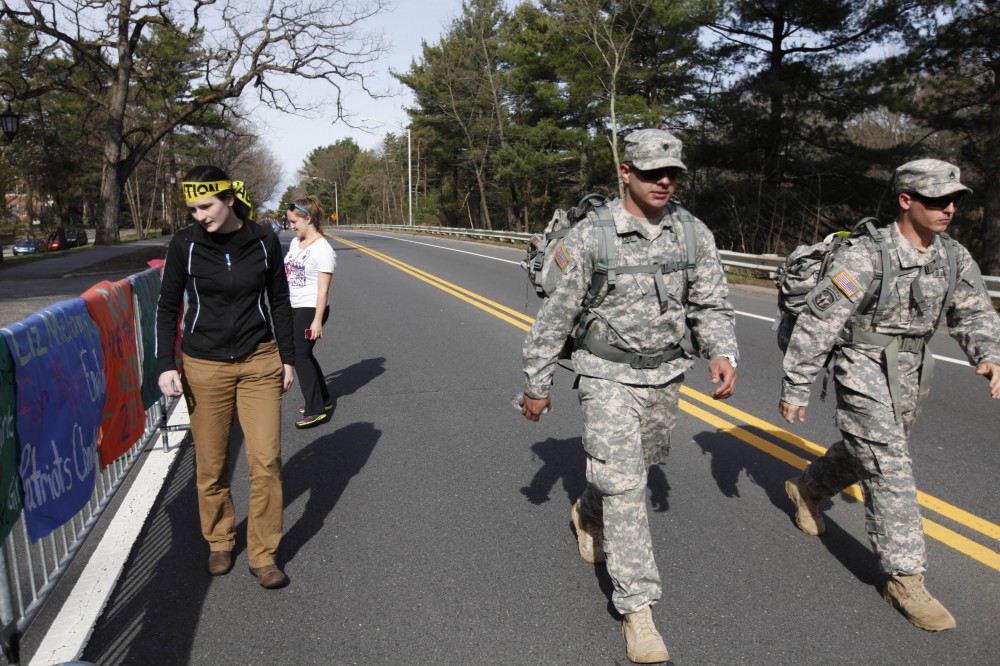 First no bags, then no bike rides, and now no military march for some previously participating military groups. Runners World reports that, due to tighter security guidelines at this year’s Boston Marathon, military ruck marchers will not be allowed to make the 26.2-mile journey from Hopkinton to Boylston Street. However, the Boston Athletic Association has clarified that only those who are not officially registered will be prohibited from marching. BAA representative Nick Puleo says that, “130 members of the National Guard will be marching, along with other members of the military who qualified as runners. But anyone who didn’t qualify and does not have a number, will not be authorized to be on the course.”

This includes Tough Ruck, one of the ruck marching groups that typically participates in this march, who will seek an alternate route to march this year, according to the group’s founder, Stephen Fiola. When the bombs went off at the finish line at last year’s Boston Marathon, Fiola and other Tough Ruck members, including volunteer Carlos Arredondo, were among the first responders to tend to wounded victims.

It’s hard to complain about this kind of stuff, because the No. 1 rule of sports, and life, is safety first. It still seems a bit odd, however, that those who protect our country in the most active roles will not be able to march in uniform right next to those who are the most vulnerable.  What do you think? Is this the right call, or is it a step too far?

Note: A previous version of this article included incorrect information from Runner’s World.

Enter to win a pair of tickets to attend The Hess Collection Seminar and Dinner as part of Boston Wine Festival 2018 at the Boston Harbor Hotel on Wednesday, March 14th. END_OF_DOCUMENT_TOKEN_TO_BE_REPLACED

The Black and Gold continue their run tonight at TD Garden. END_OF_DOCUMENT_TOKEN_TO_BE_REPLACED

Who will make the Class of 2018? END_OF_DOCUMENT_TOKEN_TO_BE_REPLACED

It’s been awhile since we talked Black and Gold. END_OF_DOCUMENT_TOKEN_TO_BE_REPLACED

You’re going to wish you were in the Northern Alps. END_OF_DOCUMENT_TOKEN_TO_BE_REPLACED