Mid-Westerners Stapled to a Cool Planet: A Guided By Voices Primer 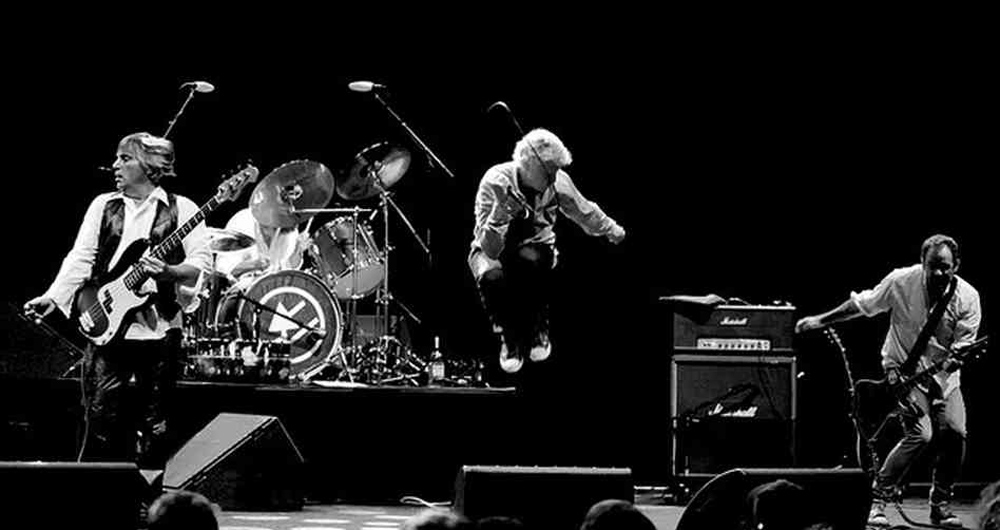 Ryan Walsh
Before we begin this crash course in Guided By Voices— an attempt to initiate the newcomers and remind the buzzed stalwarts of all that has come before— we must first note that GBV albums are often comprised of many short, songs with surrealistic titles and lyrics, all of which add up to something whole, sturdy, and lit-up with an enchanted quality. It is in this manner that we will organize this guide into succinct, sometimes abstract bursts, complete with non-sequitor titles and questionable usefulness.
We’re told by our elders, books, and movies that Rock & Roll is a transcendent genre, that it will move us to behave in ways both unusual and brave, but then we are confused when we attend the Sufjan Stevens concert and don’t come anywhere close to losing our minds. Like the kind friend who guides you during a bewildering psyilocybin mushroom trip, Guided by Voices concerts are safe spaces to stop worrying about everything except being thrilled in the present moment. Audience and performers alike act the fool, and in this way, the fool is set free.
1983. Bob Pollard, a father and elementary school teacher, starts Guided By Voices in Dayton, OH with friends and his brother Jimmy. Tobin Sprout is invited to join the band as a second songwriter. Stage fright and family obligations on Pollard’s part prevent any significant touring so the band releases many albums in quick succession. At age 36, seven albums deep, the world suddenly takes notice. The band signs to Matador Records and begins to tour. Their live show becomes infamous for being wild, on-stage drinking festivals, sometimes ending in a slurred burn-out. This stretch of good fortune heads in a generally upward direction until 2004 when Pollard decides to break up the band. For half a decade he releases albums under his own name, a trio called Boston Spaceships, and an aggressively weird project called Circus Devils, until 2010 when he decides that not only is GBV reuniting, but the precise lineup that produced/toured their two most legendary albums (“Bee Thousand” and “Alien Lanes”) will record new songs.
With over 30 years of history and 22 proper albums, the usual plot points that music writers often overlay onto a band’s career to strengthen their review’s merit break down or collapse when applied to Guided By Voices. The GBV story is not a straight line and doesn’t follow a “Behind The Music” story arc, so when reviewers haven’t done their homework, it’s always painfully clear (even in the brief history printed above, to tell the story condensed like that does require some severe omissions and fact bending—the band’s story is more like 12 episodes of “Behind The Music” stacked on top of each other with half of them playing backwards). Take this quote from a recent review of their latest album: “Cool Planet is especially noteworthy for being the group’s most consistently polished affair since 2001’s glossy, Rob Schnapf-produced Isolation Drills.” What should be evident to anyone listening to “Cool Planet” is that it’s far from sounding polished, and what anyone more than a casual fan will tell you is that the three albums that followed “Isolation Drills” were far better candidates for being awarded the “polished” adjective than CP (“Cool Planet” sounds kind of marvelously unfussed over, actually). It’s in this way that their sheer output is a sort of built-in self-defense mechanism against lazy journalism.
Like anyone who’s had more to drink than they ought to, Pollard sometimes runs his mouth at GBV concerts, using the spaces between songs to say all manner of crazy shit. While embarrassing stage banter bootleg collections are seen as a blemish by most bands unlucky enough to receive one (think KISS or Venom), Pollard took a page from Elvis Presley and officially released his own shit-show stage banter album, calling it “Relaxation of the Asshole.” Sample content: “Rolling Stone just published the top 100 guitar players of all time, and they included Joan Jett. How could you fucking put Joan Jett in the top 100 guitar players of all time? Ahead of Pete Townsend! Rolling Stone sucks! They’ve got both guitar players from Radiohead on there. What?! They’ve never played a good fucking riff in their life! My brother’s a better guitar player than Joan Jett!” (audience roars) The album received both a 0.0 and 10.0 on Pitchfork.com. 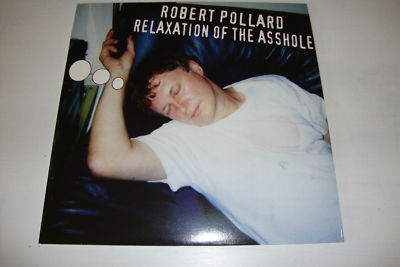 
“I’ve gone as far as cutting out pictures of kids from high school [yearbooks] and making these covers for a compilation album. I did this not too long ago – giving the kids [band] names, titles for songs – and I was inspired to write a song for that by looking at the ‘band’. Is that insane or what?” – Robert Pollard
During the final Boston show of GBV Mach 1, in 2004, Pollard came out on stage to gigantic applause, removed the microphone from the stand, and spoke to the audience, “They said it couldn’t happen / they said we had no choices / this is the ballad / of Guided by Voices” They proceeded to start the show with this song.
“I’m Brian Wilson in reverse.” – Robert Pollard, 2004