MGMT brings awe-inspiring show to The Orpheum on Thursday 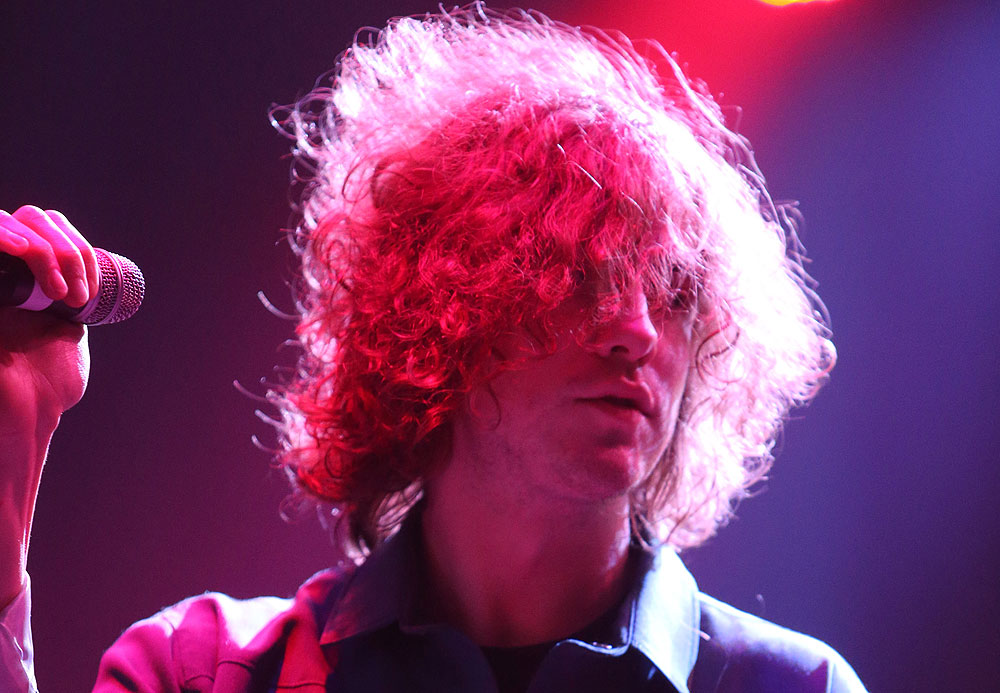 It’s been over three years since reigning kings of oddball psychedelic pop MGMT last made its way to Boston, but the band returns Thursday night with an Orpheum Theatre show that promises to be an ambitious, freaky good time.

MGMT released its debut record “Oracular Spectacular” in late 2007, and by the midpoint of the next year, its popularity had already skyrocketed on the strength of infectious singles like “Kids” and “Electric Feel.” The group’s trajectory took a surprising turn in 2010 with the unpredictably odd “Congratulations.” Rather than riding the momentum and turning in a set of straightforward pop songs, MGMT’s sophomore effort doubled down on its experimental side and came out all the more successful for it.

In the meantime, since its last Boston appearance during the “Congratulations” tour, the band has receded from the spotlight for a spell and emerged with a self-titled third LP that’s perhaps its weirdest and most challenging work yet. It’s a record that veers from catchy electro-pop to murky psychedelia at a moment’s notice, and comes complete with a mind-bending full-length visual accompaniment called the “Optimizer.” In much the same way as its new album, MGMT’s current tour strives to fuse the strengths of the traditional rock band with the ambition of forward-thinking sound and visual artistry.

“It’s a bigger production than I think most people bring into The Orpheum,” said Mark Kates, MGMT’s current co-manager and founder of Boston-based artist management company Fenway Recordings. “It’s a great rock show that has a great visual aspect to it that’s pretty dynamic and unusual. What we’re doing is pretty insane, especially for venues of this size.”

For this run of shows, MGMT has partnered with visual artist and frequent collaborator Alejandro Crawford. The artist, who also curated and contributed to the new album’s “Optimizer,” works with the band every night to create unique live visuals on stage. No two shows are exactly the same. Adding to the tour’s draw is another unconventional feature in the form of an ongoing contest that offers fans a chance to play the giant cowbell central to MGMT’s single “Your Life is a Lie” onstage with the band.

MGMT hails from Connecticut, but it has maintained a Massachusetts connection via a longtime partnership with Kates’ Fenway Recordings. The members are also no strangers to major Boston venues. MGMT joined the elite ranks of bands to perform at Fenway Park with two dates supporting Paul McCartney in 2009, and sold out the waterfront Bank of America Pavilion on its own a year later. Thursday’s show, however, will be its first at the hallowed Orpheum.

“They’re making the rounds in Boston,” Kates said, “but not in the usual order.”

There’s no denying that some of MGMT’s recent creative decisions have divided both fans and critics, but Thursday’s show should please those in both the pro- and anti-MGMT camps with its intriguing visual twists. One can experience the new songs the way “Optimizer” intended and see the familiar hits in an unfamiliar way. It’s the next chapter in the story of a band that refuses to stagnate and tirelessly works toward something new, no matter how out-there it might seem.

Enter to win tickets to see Trio Da Kali at The Villa Victoria Center of the Arts (Newton, MA) on April 10th. END_OF_DOCUMENT_TOKEN_TO_BE_REPLACED

END_OF_DOCUMENT_TOKEN_TO_BE_REPLACED

Enter to win tickets to Rhye at The Paradise on February 28th. END_OF_DOCUMENT_TOKEN_TO_BE_REPLACED

END_OF_DOCUMENT_TOKEN_TO_BE_REPLACED

Enter to win a pair of tickets to attend The Hess Collection Seminar and Dinner as part of Boston Wine Festival 2018 at the Boston Harbor Hotel on Wednesday, March 14th. END_OF_DOCUMENT_TOKEN_TO_BE_REPLACED

Her new album has been pushed back, but we have Kimbra’s new single for you. END_OF_DOCUMENT_TOKEN_TO_BE_REPLACED

The folk duo returns with a new record this week. END_OF_DOCUMENT_TOKEN_TO_BE_REPLACED

Now that we’re done looking back at 2017, let’s look ahead at 2018. END_OF_DOCUMENT_TOKEN_TO_BE_REPLACED