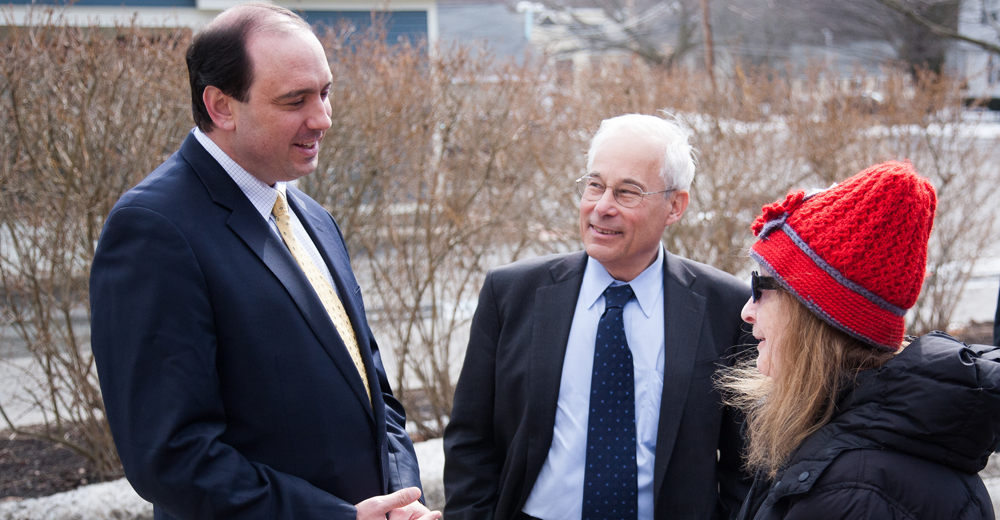 Background: Berwick (that’s Dr. Berwick to you) has gone from pediatrician, to Obama’s Medicaid man, to gubernatorial candidate

Trivia: Berwick learned how to cross country ski when he lived in Alaska, and hasn’t been able to quit the stuff.

Donald Berwick, once deemed the second most dangerous man in America by Glenn Beck, was inspired to run for Governor of Massachusetts after he left the “toxic politics of Washington,” where he was the lead administrator for the Centers for Medicare and Medicaid Services.

Berwick considers himself to be the most progressive democratic candidate for governor, a consideration made evident by his time working on the Affordable Care Act and by his full support of the raising of the minimum wage in Massachusetts.

While the mainstay of Berwick’s campaign seems to be accessible and afforable healthcare, he emphasized how impressed he has been by the enthusiasm and engagement of college students in Boston, particularly when it comes to issues of social justice.

In regards to select spots where LGBTQ tolerance is still lacking, Berwick maintained that “they [will] be history soon, and not soon enough for me.”

Medical marijuana? This candidate is pretty OK with it. He’s in favor of the controlled use of pot dispensaries as an alternative treatment for symptoms of chronic illnesses.

Berwick maintained in a phone interview that one of the major differences between him and the other democratic candidates was his opposition of casinos in Massachusetts.

The former Obama official is highly in favor of comprehensive sex education that includes easy access to contraceptive materials and is in full support of women’s reproductive health services, regardless of an individual’s socioeconomic standing.

As of early April, Berwick’s campaign experienced some shakeups, including his campaign manager leaving to accept a position at a Democratic consulting firm. Experts have weighed in, and appear to be split on whether it’s a bad omen or simply a campaign inevitability.

While he is one of many Democratic candidates in the gubernatorial election, there seems to be some excitement surrounding Berwick’s progressive ideals and non-political upbringing. One Harvard Crimson writer endorsed him as a refreshing candidate committed to improving the Commonwealth, and DigBoston declared that he was “the coolest.”

[Berwick pictured in the middle of the photo above, courtesy of the Don Berwick for Governor Committee]

Enter to win a pair of tickets to attend The Hess Collection Seminar and Dinner as part of Boston Wine Festival 2018 at the Boston Harbor Hotel on Wednesday, March 14th. END_OF_DOCUMENT_TOKEN_TO_BE_REPLACED

Boston band Funeral Advantage is Tyler Kershaw. And Tyler Kershaw had a fun childhood, so it seems. END_OF_DOCUMENT_TOKEN_TO_BE_REPLACED

Perry put me on to daephne and the album blew my mind. END_OF_DOCUMENT_TOKEN_TO_BE_REPLACED

While many have called out Davis since a video of her refusing to issue a marriage license to Rowan County residents David Moore and David Ermold went viral in July, relationship columnist and gay activist Dan Savage went a step further on MSNBC Tuesday night, saying that “this is about someone hypocritcally looking to cash in”. He added: “And she is a hypocrite.” END_OF_DOCUMENT_TOKEN_TO_BE_REPLACED