Matthew McConaughey, U2, the best of this week’s late night guests 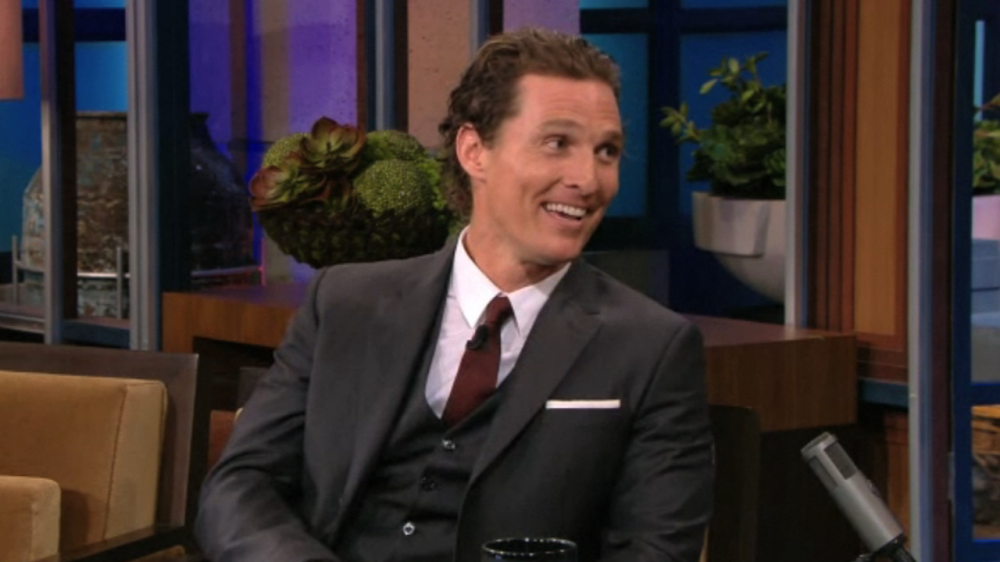 As Jimmy Fallon premieres on the “Tonight Show” tonight, here’s what to watch for across the board in this week’s late-night television.

The Texas guitar wizard has been cutting his teeth on big stages lately, including a standout shredfest at the Grammys and a particularly lovely instrumental version of the National Anthem at last night’s NBA All-Star Game. Any excuse to watch him play is worth it.

The Irish quartet is putting attempting to save the world on hold for a bit to record some new music, and that’s probably not a bad choice. Get an early taste of new material tonight on Fallon’s “Tonight Show” debut, but plan on having to listen to Bono talk for a little bit too.

Pennsylvania-based rambling folkateer Langhorne Slim has only received a taste of the glory that has come to likeminded neo-folk acts like The Lumineers and The Head and the Heart. But with a golden soulful voice and a knack for catchy storytelling, he may be one of the more under appreciated acoustic musicians in the game today.

Arcade Fire in the first week of Jimmy Fallon’s new gig seems like the perfect choice. The Canadian collective has widespread appeal, but still enough indie cred to keep Fallon’s latest show as hip as his old one.

Indie soulsters Lake Street Dive got its start right here in Boston at New England Conservatory. A few weeks ago, the band tore it up on “The Colbert Report.” Now its heading to network television to play for our favorite gap-toothed funnyman.

“House of Cards” might be the hottest show on TV right now and it’s not really even on TV. Get the scoop from the show’s leading man.

The very loud and very talented director is gearing up for another Academy Awards show with his latest film, “American Hustle” up for several awards including best picture.

If there is any show that’s cookin’ as hard as “House of Cards,” it’s HBO’s drama “True Detective.” The smooth talking, good looking Southern sly-dog stars in the series and stops by Kimmel for a chat.

So only recently did Ronan Farrow decide to tell the world that he may not actually be Woody Allen’s son, and may actually be Frank Sinatra’s. Soon after, everyone saw a picture of Ronan Farrow and said, “Duh.” Since then, Farrow hasn’t had many good things to say about Woody Allen. His talk with Jon Stewart should be interesting.

One of the most likable first ladies ever appears on an equally likable talk show host’s brand new show. Sounds like a win-win.

J.T. and Jimmy Fallon have always had quite the on-camera bromance, dating back to “Saturday Night Live” with the “Barry Gibb Talk Show” and such. Any time you can see these two personalities in the same room, it’s a good thing to watch. We may even get a musical performance out of Timberlake.

Always a pleasure to have Boston.com’s Perry Eaton in studio for a chat. After we talked a bit about Pearl Jam at Fenway and Perry’s new podcast, he filled us in on Game of Thrones live and Narragansett’s new Bananagrams-themed brew. END_OF_DOCUMENT_TOKEN_TO_BE_REPLACED

No, not from afar, from the comfort of her couch. From the actual awards themselves. That’s where Meredith Goldstein was for the Oscars. She shared all the juicy, first-hand details with me. END_OF_DOCUMENT_TOKEN_TO_BE_REPLACED

It was wonderful having our good friend Meredith Goldstein back in studio this morning. She dug into the latest edition of Love Letters, which prompted us to play this song. And of course we had to discuss the Oscars. Make sure you’re following Meredith on Twitter, as she’ll be live-tweeting the awards this Sunday night. END_OF_DOCUMENT_TOKEN_TO_BE_REPLACED

Our first edition of TV Sets for 2016 might be better than every edition from 2015. END_OF_DOCUMENT_TOKEN_TO_BE_REPLACED