We also know Matt Damon wrote an email to Harvard president Drew Faust advocating for a prospective student’s admission to the college, which caused some confusion among Harvard staff because it came from Damon’s personal email, an oddly named Earthlink account.

And now we’ve solved the mystery behind Damon’s email address, an inside joke between him and Casey Affleck about an obscure R&B singer from the ’80s revealed in a 2002 interview with the Boston Phoenix. But first, some background.

In November, Damon wrote an email to Faust about prospective student Sam Koppelman, calling him “incredible” and “a very special young man.”

Whether it was Damon’s email or Koppelman’s general accomplishments — a regular Huffington Post column as a 9th grader and multiple appearances on The Today Show — he was admitted to Harvard. But Harvard staff initially thought the email was a hoax, mostly because of Damon’s strange email address, gerrywoo@earthlink.net.

In another leaked email, Sony CEO Michael Lynton confirms that gerrywoo@earthlink.net is Damon’s email, and other emails from the account prove it was either Damon’s or someone very familiar with the inner workings of his life and career.

In one email, he invites former Sony Chairwoman Amy Pascal to a charity poker game he and Ben Affleck are hosting, saying: “No press. No pictures. No shitty charity event. Fun and gambling and good people and saving lives.”

So who is Gerry Woo? This guy. 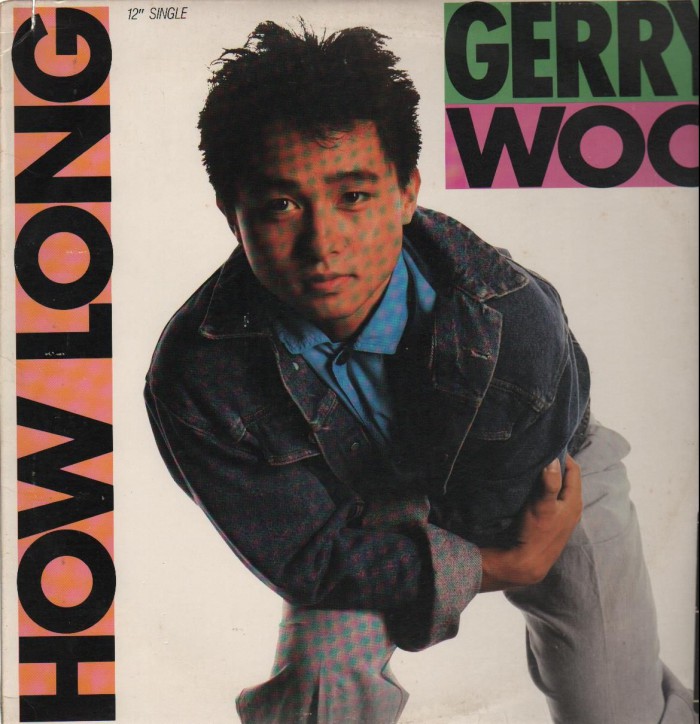 Gerry Woo was the musical alias of Harlemm Lee, an R&B singer raised by Filipino parents in Michigan who appeared on the original Star Search in 1986. He was signed to Polydor Records, and the music video for his album’s lead single “How Long” reportedly received airplay on MTV and BET.

After a long absence from the public eye, Lee resurfaced in 2003 as a contestant on the NBC show Fame. Lee ultimately won the contest thanks to a fan vote despite lying about his age during the application process, saying he was 27 instead of 35.

In an interview with Matt Lauer on The Today Show, Lee said he hoped to be a household name five years down the road.

“I want to be an international pop star,” Lee said. “I want to have my records be sold all over — China, England. I want to do a record in Spanish. I mean, I really want to be a world pop star, and write and produce for other artists as well.”

But almost immediately after the show ended, Lee posted a message to his website, claiming NBC hadn’t delivered on the prizes he was promised. Of the prizes, which included promotional efforts and a single produced by a client of famed music manager Johnny Wright, a role in an Off-Broadway play, and a year’s worth of stays in W Hotels and Resorts, he said he had only received the hotel prize.

Lee also claimed that he only had unemployment checks to support him, and without those and the hotel prize, he would be homeless.

So what led Damon to use the gerrywoo@earthlink.net email handle?

The answer lies in a Boston Phoenix interview with Good Will Hunting director Gus Van Sant about an overlooked 2002 film he directed starring Damon and Casey Affleck called Gerry.

In the film, Damon and Affleck play two men who both call each other Gerry, often using the name to mock each other. The duo are the only actors who appear in 95% of the film, and spend the entire movie lost in the desert, slowly succumbing to dehydration.

According to Van Sant, the film’s title was an inside joke between Affleck and Damon, who used “Gerry” as a put-down.

“There are Gerrys in their lives,” Van Sant told the Phoenix. “They found a really funny photo of a gold-chained lounge singer, Gerry Woo, and they would refer to themselves as Gerry. Another Gerry was a theater teacher. Some Gerrys were good, some bad. It ultimately meant, ‘Wrong!’ The wrong image: askew, fucked-up. They called each other Gerry, like, ‘Hey, screw-up!'”

Gerry received mixed reviews and cratered financially, earning a little over $26,000 at the US box office on its opening weekend.

A representative for Damon did not immediately respond to an emailed request for comment on this story.

As for Lee, he’s still performing, and is hardly a screw-up.

Enter to win tickets to see Trio Da Kali at The Villa Victoria Center of the Arts (Newton, MA) on April 10th. END_OF_DOCUMENT_TOKEN_TO_BE_REPLACED

END_OF_DOCUMENT_TOKEN_TO_BE_REPLACED

Enter to win tickets to Rhye at The Paradise on February 28th. END_OF_DOCUMENT_TOKEN_TO_BE_REPLACED

Enter to win a pair of tickets to attend The Hess Collection Seminar and Dinner as part of Boston Wine Festival 2018 at the Boston Harbor Hotel on Wednesday, March 14th. END_OF_DOCUMENT_TOKEN_TO_BE_REPLACED

Her new album has been pushed back, but we have Kimbra’s new single for you. END_OF_DOCUMENT_TOKEN_TO_BE_REPLACED

The folk duo returns with a new record this week. END_OF_DOCUMENT_TOKEN_TO_BE_REPLACED

Now that we’re done looking back at 2017, let’s look ahead at 2018. END_OF_DOCUMENT_TOKEN_TO_BE_REPLACED

Our first Song of the Week for 2018. END_OF_DOCUMENT_TOKEN_TO_BE_REPLACED