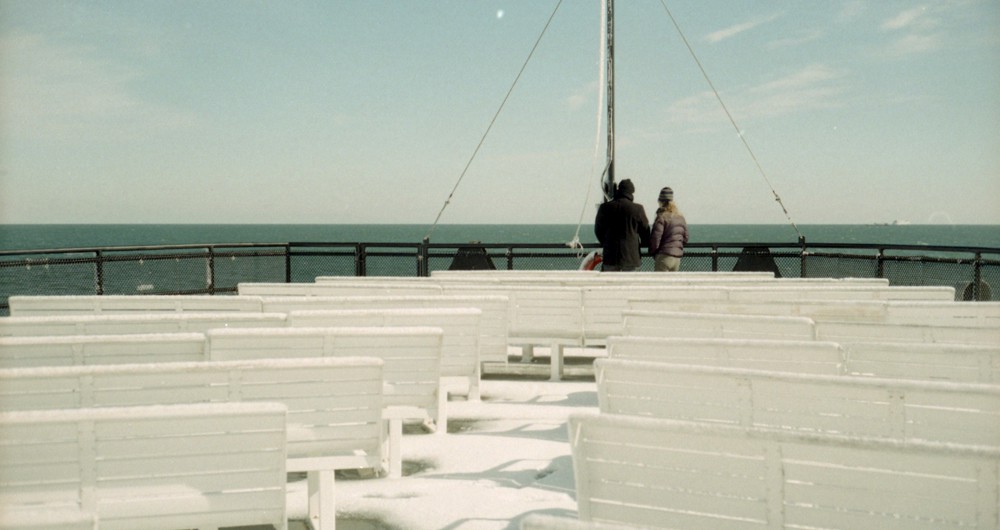 The Martha’s Vineyard everyone knows is a bustling island off the coast of Massachusetts, filled with boutique shops, restaurants, and renowned beaches, where even the President vacations. Summers are filled with festivals and outdoor theater performances, as the island hums with activity and visitors from all over the world.

In the winter months, though, the Vineyard becomes a different place, peaceful and desolate. White houses covered in white snow glisten in the winter sun. Wind whistles through the narrow streets off the ocean, offering the only sound besides a few lone seagulls. As the temperature drops, so does the population: from 75,000 inhabitants to just 17,000 year-round residents. 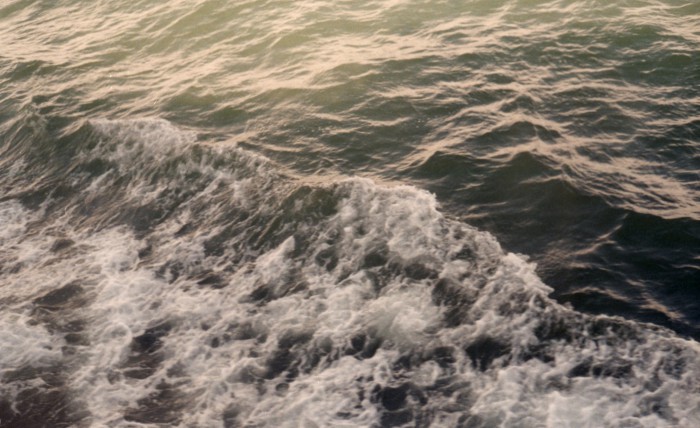 “The pace definitely slows down in the winter,” says Carolyn Baer, a year-round, part-time resident. She laughs. “You tend to see your neighbors a lot more.”

Baer owns a house in Chilmark, one of the six towns on the island. Though she grew up on the mainland, her first job was a live-in nanny on the Vineyard during the summer. Her parents enjoyed their time visiting her on the island so much that they bought a house there, which she inherited in 1986.

“What draws people here in both the summer and winter is the island’s beauty and simplicity,” she says. “That’s what keeps me here too.”

Though it’s not the traditional MV trip, an off-season visit certainly has its benefits. “It gives visitors a chance to really look at the island without the impedance of traffic and tourists,” Baer says. “They can stay at a nice inn, go for a drive and actually park, go for a walk, and see the beaches.”

There are also economic benefits to an off-season trip. Both ferry tickets and hotel rooms are significantly cheaper in the winter months and much less likely to sell out. Lots of restaurants also offer cheap, seasonal specials, especially during the week. 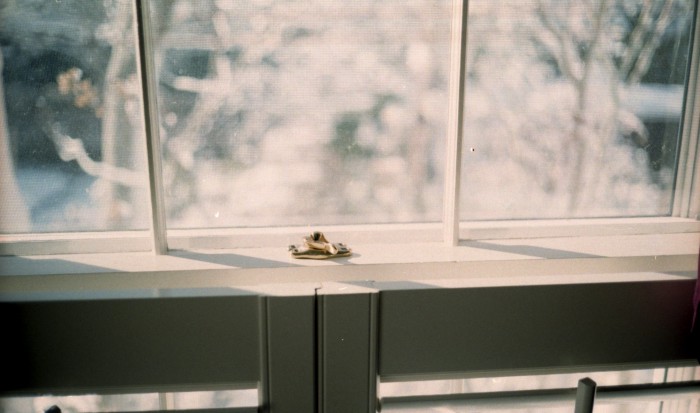 Baer’s favorite place to take visitors is the Cedar Tree Wildlife Sanctuary. “You have to really find out from a local how to get there,” she says. “It’s like, take this dirt road, take a left at this stone. It’s worth the drive and worth the hike, though.”

Like all vacation spots, Martha’s Vineyard is heavily dependent on the tourist industry. Vineyard retail and service jobs have consistently accounted for more than half of all reported employment. According to the Martha’s Vineyard Commission, off-season unemployment rates are 2-4 times the summer rate.

Owners of Edgartown’s Victorian Inn, Stephen Caliri and his wife Karyn, used to keep the inn open year-round. In recent years, though, they’ve decided to close for the season, using the winter months to work on various repairs and renovations. 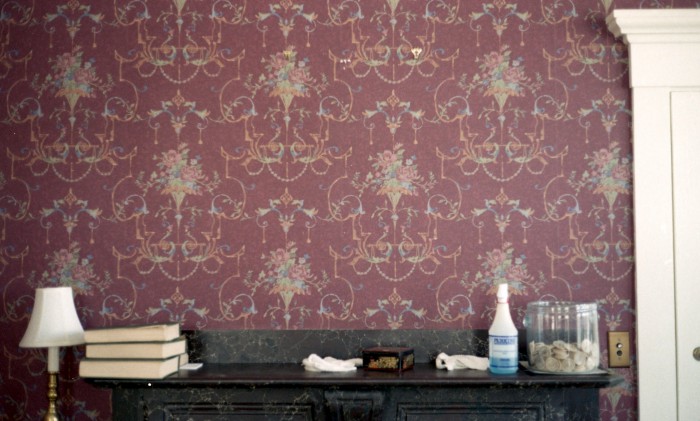 “It definitely gets stressful relying on the profit we make from May to October to carry us through the winter,” Karyn says, “but the off-season also provides some relief. You really need some downtime.”

Her husband agrees. “I love the quiet,” he says. “I sometimes get offended when a street light buzzes when it comes on at night.”

The Caliris moved to the island in 1993 when they purchased the Inn at an auction. “I wanted to go someplace I’ve always wanted to live and find a way to stay there,” Stephen says. “I still go back to America every once in a while, though.” Apparently this is how some islanders refer to the mainland.

Not all the locals are so open to the tourist industry, though, despite its economic necessity. Ray Foteaux, for example, is a cab driver whose family settled on the Vineyard in 1670. He grew up on the island with his 48 first cousins.

Foteaux says he’s noticed a trend in recent years of younger residents leaving the island as soon as they graduate high school.

“Now these young people think there’s not enough here for them to do,” he says. “There aren’t a lot of jobs, and the cost of living is very high.”

He’s right—the MVC reports that the cost of living on the island is 60 percent higher and housing prices are 96 percent higher than the national average.

“Island values have changed,” Foteaux laments. “In the old days. everything was open, and you didn’t have the restrictions you do now. When land is purchased, the first things that go up are the ‘No Trespassing’ signs.”

“It’s definitely changed over the years,” Baer says of her island home. “It’s become busier, more commercial. But nothing ever stays the same. And some aspects are still thirty years behind. That’s what keeps people coming.” 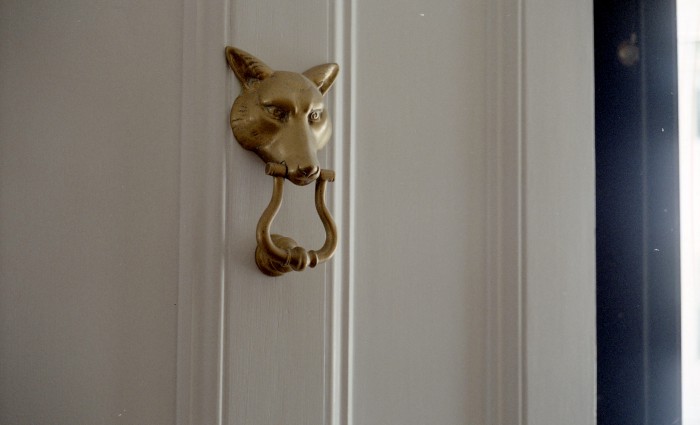 The Vineyard’s allure to visitors and locals alike is undeniable. As such, contradictory opinions about the best use of the land are abundant. Martha’s Vineyard is loved for its history, but criticized for its inability to move forward. Tourism has brought economic welfare, but tarnished some local experiences.

However, these are not issues of the land, but of its people. Despite all the discussion and disagreements, the island’s beauty and simplicity Baer spoke of remains, and that’s what makes Martha’s Vineyard worth visiting, in any season.

The breakfast burritos at the Black Dog don’t hurt, either.

[All photos by Becca Chairin]

Enter to win a pair of tickets to attend The Hess Collection Seminar and Dinner as part of Boston Wine Festival 2018 at the Boston Harbor Hotel on Wednesday, March 14th. END_OF_DOCUMENT_TOKEN_TO_BE_REPLACED

Boston band Funeral Advantage is Tyler Kershaw. And Tyler Kershaw had a fun childhood, so it seems. END_OF_DOCUMENT_TOKEN_TO_BE_REPLACED

Perry put me on to daephne and the album blew my mind. END_OF_DOCUMENT_TOKEN_TO_BE_REPLACED

END_OF_DOCUMENT_TOKEN_TO_BE_REPLACED

I’m in my mid-twenties, and I’ve been working as a substitute teacher for the last couple years (I joined Teach for America right out of college). I know some of the girls in classes I teach have crushes on me — high schoolers aren’t very subtle — but I brush it off, because I’m not an idiot. Last week, however, I got a disturbing email from a girl in the English class I subbed for. Pictures were attached. You get the gist. What do I do about this situation? I obviously haven’t responded, but I’m afraid she might go Lifetime-movie on me. END_OF_DOCUMENT_TOKEN_TO_BE_REPLACED