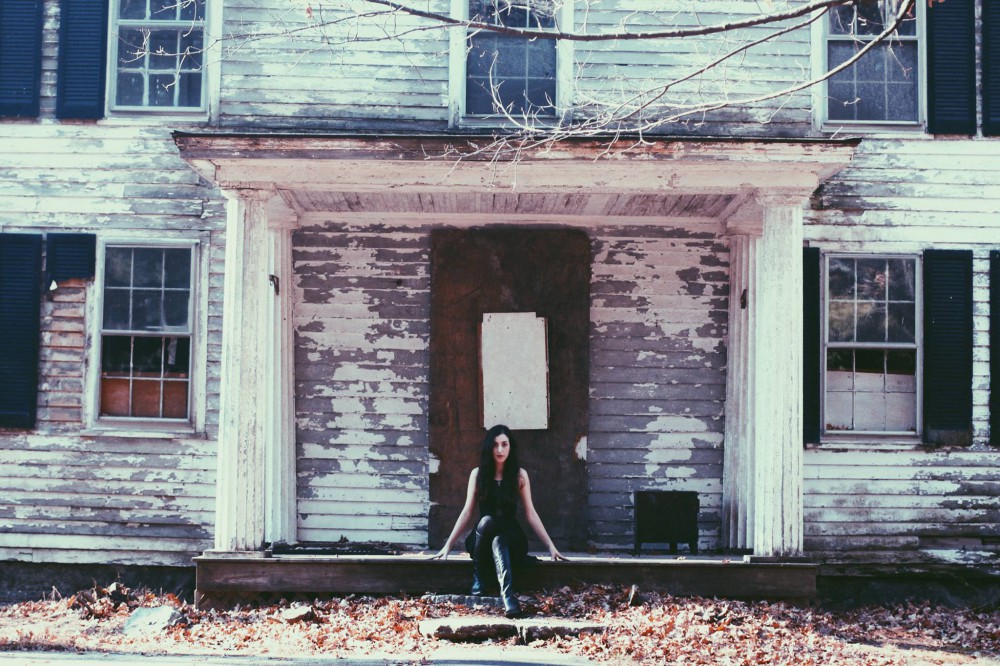 In 2010, acclaimed producer Danger Mouse took on the task of trying to make James Mercer of The Shins sound less like The Shins and more like anything but The Shins. While he was only moderately successful in that task, the two ended up releasing a noteworthy debut. Four years later, the duo has collaborated for a follow-up, and is far more successful in Task A. As a result, they seem to have made an even better album than their first. “After the Disco” is an appropriate title, as the duo finds a dancier path on which to work, letting Danger Mouse flex his muscles on the knobs and buttons, while Mercer does his best Barry Gibb of the Bee Gees on the lead single, “Holding On For Life.”
In a city built on sweaty basement rock and stoned-out frat rap, Marissa Nadler’s cherubic harmonies and poignant storytelling is perhaps Boston’s best-kept secret. With her Sacred Bones debut, Nadler encompasses the haunting shades that the label often produces, both thematically, with the longing that she may soon awake from a gloomy dream, and melodically, adding composed strings and moments of warm pedal steel into her frozen acoustic echo. Marissa Nadler is a one-of-a-kind vocalist, and when she harmonized with herself, she is truly at her best. On “July,” there is more than plenty of that.
Uruguay-born Juan Wauters moved to Queens in 2000, where he went on to start garage-rock studs The Beets. Now, Wauters has signed to hot Brooklyn label Captured Tracks to release his debut LP. Wauters is a different side of songwriting, mixing in a smiley charm with his literal perspectives and endearing accent, while grasping a playful inquisitiveness similar to bare-bones Harry Nilsson. Those tracks have serious power, while more curious grinning tracks can be enjoyed both equally and differently.
When Gardens & Villa dropped its debut in 2011, the band’s electro-wave style fit in perfectly with the simultaneous success of acts like Toro y Moi and Twin Sister. With “Dunes,” the band has been able to morph itself back into relevancy with more ominous industrial rhythms akin to what Arcade Fire did with “Reflektor,” or what the aforementioned Broken Bells nail on “After the Disco.” Gardens & Villa could have been seen as a one-and-done type of deal, but “Dunes” earns multiple listens.
West coast avant-garde act Xiu Xiu seems to confuse us with just about every release. Lead man Jamie Stewart remains one of the most questionable characters in music with “Angel Guts: Red Classroom,” yet finds ways to make certain listeners tick. Whether its the commanding beats on tracks like “Black Dick” or the untouched ambient vibe of “New Life Immigration,” Stewart and co. deliver some kind of “Yeezus” for self-defeatists; it’s sonically overbearing, but very isolating and vulnerable.
Swedish producer Eric Berglund’s post-Tough Alliance project CEO has the power to do enormous things to both pop and electronic music. “Wonderland” is like the male answer to Ellie Goulding, the more complicated answer to Passion Pit, the more poppy version of Animal Collective, and the more electronic version of Phoenix. That’s a lot to take in, but this album is 2014’s truest sign that the future is coming.
Los Angeles new wave act The Chain Gang of 1974 contributes even more beats to perhaps the danciest release day of 2014 so far. The indietronica producer’s sophomore full-length fits in somewhere between the synth burners of Disclosure and more palatable pop avenues. While most other plugged-in acts strive for the progressive angle, The Chain Gang of 1974 doesn’t forget about the ’80s, sharpening some hip gothic edges and gathering vintage love from various styles of the decade.
British quartet Bombay Bicycle Club moves forward with its fourth release, touching territories that range from bell-and-whistles synth-pop to shreddy classic rock guitar-power to enchanting and feathery indie melodies. The band has only been kicking since about 2005, but already seems to have matured from a studio perspective, incorporating everything but the kitchen sink, but doing so with purpose and remaining easily digestible.