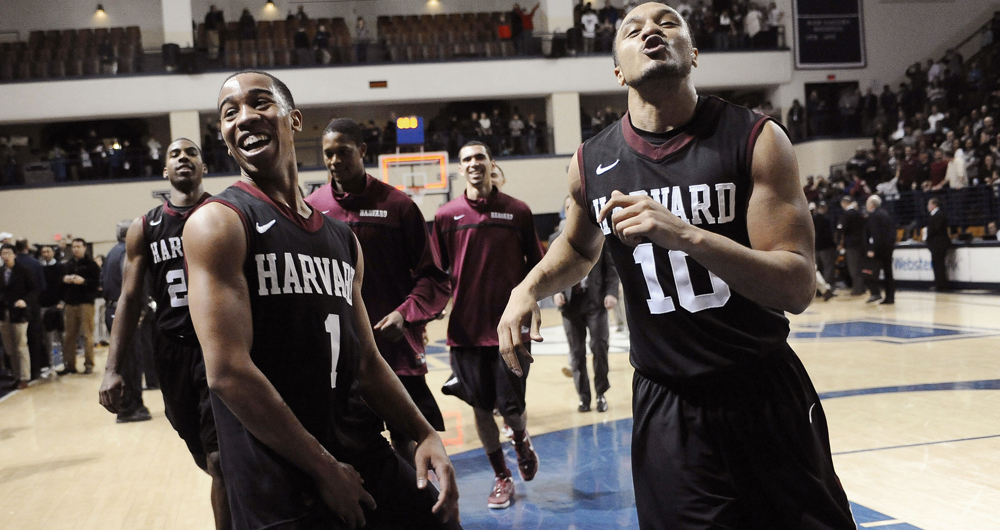 The greatest American sporting event of the year not known as the Super Bowl is the NCAA Men’s Basketball Tournament. If you’re not into the whole brevity thing, just call it March Madness. Either one works. And it’s that time of the year. The Madness is upon us.

On Sunday night, 68 college hoop teams will be selected to play in the single elimination tourney, with schools ranging from Duke, Michigan, Syracuse and Kansas to Mercer, Wofford, American and even Harvard (which has become something of a relative powerhouse over the past couple of years) all aiming for the same thing: a national championship.

Later on next week, after four of the smaller, happy-to-be-here schools have fought it out in Tuesday night’s play-in games, the field will begin to be whittled down, with 32 games combined happening on Thursday and Friday in order to cut the number of teams in half. The following week will feature the Sweet 16 and the Elite Eight before the Final Four takes place in front of over 100,000 fans at Cowboys Stadium in Dallas on the first weekend in April.

There’s nothing like it, especially those first two days when the field is chopped in two and there are as many as four games going on at once from noon to midnight. Buzzer beaters, shocking upsets and star-making performances are the norm on the first couple days, which constitute the two most exciting consecutive days on the sports calendar. If you’re a hopeless basketball fiend like me, it’s paradise.

But even if you’re not as much of a geek as I am, there’s plenty to be pumped about. We’ll get into some more specifics and analysis in this space next week once the brackets have been announced on Selection Sunday. So for now, here’s a very rudimentary primer on what to look for once the Madness begins.

Look back at the list of national champions over the years and one common denominator is that the best, most important players on those teams were all little guys. Five of the last six champs reached the winner’s circle because of their backcourts, the only exception being the 2012 Kentucky Wildcats, who were led by 6’11” freak wonder boy Anthony Davis. In fact, since 1990, only seven Most Outstanding Player winners have been traditional big men, with two of them, Duke’s Christian Laettner in 1991 and UCLA’s Ed O’Bannon in 1995, as dangerous from the perimeter as in the paint.

There’s a dearth of dominant big men in basketball in general these days, opening the door for dynamic perimeter players to shine. If you can shoot 3-pointers and get to the basket off the dribble, you are probably going to shine come tournament time. For evidence, look no further than the 2011 UConn Huskies, whose point guard, Kemba Walker, averaged just under 30 points and seven assists per game en route to the title.

It takes a special kind of focus to survive and advance and sometimes, that can supersede talent. That same Connecticut team for which Walker shined won its last 11 games in a row despite being young, not terribly deep and having to take the first five of those 11 on consecutive days. Celtics coach Brad Stevens led Butler to two consecutive national championship games in 2010 and 2011 although in both years, 2011 in particular, his teams were severely undermanned.

One of the most famous stories of tournament momentum involves the 1988 Kansas Jayhawks, who rode on the shoulders of future NBA No. 1 overall pick Danny Manning to a title despite having the most losses and lowest winning percentage of any team to ever win it all. Known as “Danny and the Miracles,” those Jayhawks got hot at just the right time and upset two top 5 teams, Duke and Oklahoma, in the Final Four to become champions.

It’s not easy to gauge whether the hottest teams entering the tourney will be able to translate that to a deep run. That 2011 UConn team won the Big East tournament by taking those five games in five days before the NCAAs even started. If anything, one would have assumed that fatigue would take its toll on that group as opposed to what actually happened. The bottom line is, keep your eyes on the hot squads.

Before last year’s tournament even began, I’ll be damned if a majority of observers had even heard of Florida Gulf Coast or knew where in Florida it’s actually located (it’s in Fort Myers, right down the street from the Red Sox spring training complex). But FGCU won the teesny Atlantic Sun conference (just slightly smaller than the Big Ten or the ACC) to earn its first ever NCAA berth as a No. 15 seed (note to beginners: that’s really low). Then, all the Eagles did was beat big time opponents Georgetown and San Diego State and reach the Sweet 16 before their glass slipper was shattered.

These days, with players able to leave school and enter the NBA Draft after just one year in college, the playing field is far more level than it once was. Upsets happen all the time. It’s part of what makes the tournament so much fun. And even if one busts up your bracket, that’s OK.

It’s just part of the Madness.

The Black and Gold continue their run tonight at TD Garden. END_OF_DOCUMENT_TOKEN_TO_BE_REPLACED

Who will make the Class of 2018? END_OF_DOCUMENT_TOKEN_TO_BE_REPLACED

It’s been awhile since we talked Black and Gold. END_OF_DOCUMENT_TOKEN_TO_BE_REPLACED

You’re going to wish you were in the Northern Alps. END_OF_DOCUMENT_TOKEN_TO_BE_REPLACED

END_OF_DOCUMENT_TOKEN_TO_BE_REPLACED

Bill might be “on to Tennessee,” but we’re not. END_OF_DOCUMENT_TOKEN_TO_BE_REPLACED