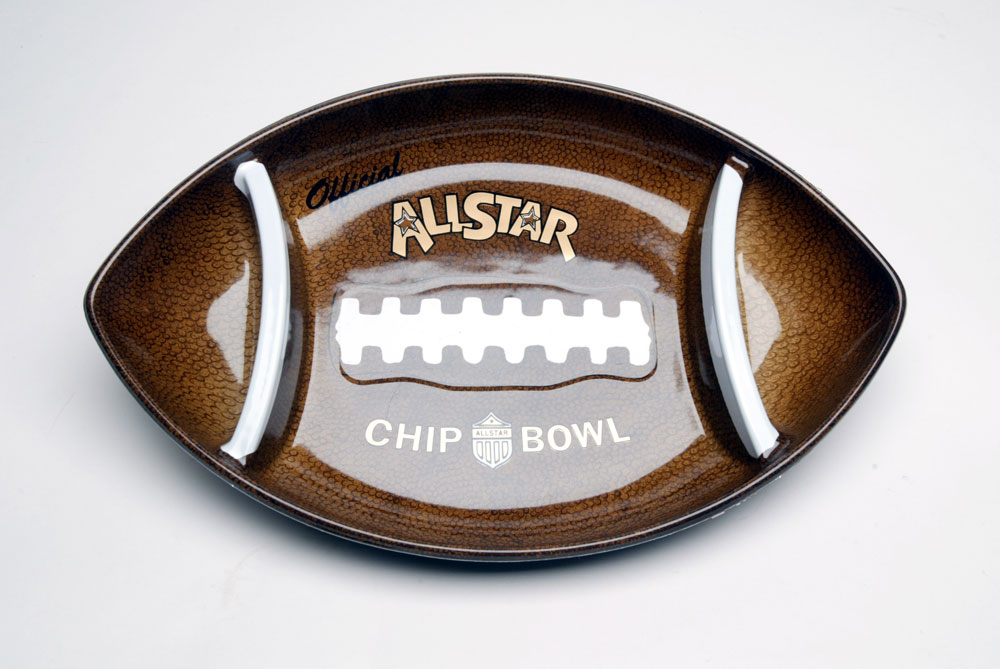 The Patriots aren’t in the Super Bowl (earmuffs) but that doesn’t mean you can’t host a party and root against the Broncos. We’ve come up with a list of ways for you to clean up some of the most classic football snacks (chips, dips, and chicken wings), and to top it off, we’ve got a trio of tips to help you host a healthier bash without scaring away your guests.

The first two ingredients in Doritos and Tostitos are corn and vegetable oil. The only other ingredient in Tostitos tortilla chips is salt, so those guys are carb bombs cloaked in fat. Lay’s Classic Potato Chips list a trio of ingredients as well, mimicking the formula for Tostitos, but replacing corn with potato. The Doritos label, on the other hand, is full of things like monosodium glutamate and disodium inosinate that I can’t even pronounce, nevermind begin to guess what havoc they would wreak on my body.

If you’re planning to serve a dip or salsa at your Super Bowl extravaganza, start thinking about something besides the traditional vessels for scooping.

Try: Pretzel Crisps. They are the ish. The plain variety of these guys are sturdy enough to dunk and dip to your guests’ delight, and at just 110 calories per serving (0 grams of fat, 23 grams carbs) these wheat-flour chip replacements are worth hunting for in your grocery store. Stop & Shop has a Pretzel Crisp rack in the deli section which offers a whole bunch of flavors, including plain, sesame, buffalo wing, and garlic Parmesan. I’ve seen them in the Whole Foods snack aisle with the chips, and Trader Joe’s offers its own brand (plain or everything) with the pretzels. Don’t get discouraged if you don’t see them in the chip aisle, it took me weeks to find them in the Trader Joe’s by my apartment after I moved — I’m stubborn. Just ask one of the helpful workers to point you in the right direction.

Or try: Pop Chips. The “never friend. never baked.” brand of snacks prides itself on using heat and pressure to pop potato, tortilla, and kettle corn chips into existence for your munching pleasure. The original potato version come in at less than half the fat of Lay’s (4 grams of fat per 1-ounce serving) with no saturated fat.

I could eat a whole tub of French onion dip with some nice thick potato chips. And then I’d feel like ass for at least a day. Lay’s French Onion Dip (in the chip aisle, in an unrefrigerated jar) packs 5 grams of fat per 2 tablespoons, most of that coming from the second listed ingredient: sunflower oil and or canola oil. Then, there’s all kind of things like caramel color (because that’s natural), and glucono delta lactone (which sounds more like a ship from “Star Trek” than a food).

Try: Greek yogurt dips. In comparison, Dannon Oikos French Onion Dip (made with Greek yogurt) comes in at one-third the fat and less than half of the calories, dishing out more than twice the protein (2 grams) than it’s over-processed competitor. The only funky thing in the Oikos dip is a preservative (potassium sorbate), and if you want to go super clean, you can try a recipe for a homemade Greek yogurt French onion dip like this Food Network recipe that calls for two-percent Greek yogurt and one-percent milk. The ever popular Buffalo chicken dip got a makeover on Food.com. Author Jovial Jen calculated that each serving of the delicious gooey goodness will only run 1.5 grams of fat, thanks to fat free cream cheese and part-skim mozzarella.

3. Ditch the takeout and cook your chicken

KFC commercials make me drool — especially the ones for those snack cup things (hello, potato wedges). As good as the fast food looks (and smells), there’s nothing healthy about fried chicken or the sides that you can take home with it. KFC’s nutrition facts are entirely available to the public, and I’ll bet that you can’t scroll through them without saying “gross.” To put it into perspective, one chicken wing has as much fat in it as one of those Lay’s Potato Chips servings, three times as much sodium, and that isn’t even a whole serving. If you ate four KFC chicken wings, you’d be consuming a whopping 28 grams of fat, 480 calories (mostly fat), 200 milligrams of cholesterol, and 6 grams of saturated fat.

Try: Baking your wings. Most people don’t know that they can get crispy chicken skin from baking their wings at a semi-high temp, just as well as they can from plopping them into hot oil. Bon Appetit has a super simple recipe for wings (including two different sauce recipes) that look good enough to lick on my computer screen (editor’s note: Uhhhh?). The wings are still covered in skin, so they’re not the cleanest kind of chicken you can snack on, but at just 1 gram of fat per wing (seven wings per serving), they’re leaps and bounds healthier than they’re fried counterparts. If you aren’t keen on Bon Appetit’s version, head over to All Recipes, where Kristin C’s baked chicken wing recipe has earned 4.5 stars from 233 users.

Laying out the spread is great, but it also beckons for people to continue snacking throughout the game, and really, who wants to eat some warm guacamole? Not me. If you serve snacks in shifts (starting with lighter fare so that there’s room for the heartier stuff), you’ll be doing your guests’ waistlines a big favor.

Instead of telling your guests to bring whatever they want, ask them to bring specific things like veggies for dips (not a veggie tray with fattening dips) or ground turkey or lean ground beef for sliders. Not only will it help you plan your menu ahead and eliminate any duplication, but it will make your guests’ lives easier by keeping them from thinking too much (we could all use a brain break).

The Black and Gold continue their run tonight at TD Garden. END_OF_DOCUMENT_TOKEN_TO_BE_REPLACED

Who will make the Class of 2018? END_OF_DOCUMENT_TOKEN_TO_BE_REPLACED

It’s been awhile since we talked Black and Gold. END_OF_DOCUMENT_TOKEN_TO_BE_REPLACED

You’re going to wish you were in the Northern Alps. END_OF_DOCUMENT_TOKEN_TO_BE_REPLACED

It’s been a crazy week with all the snow. We need a drink. END_OF_DOCUMENT_TOKEN_TO_BE_REPLACED