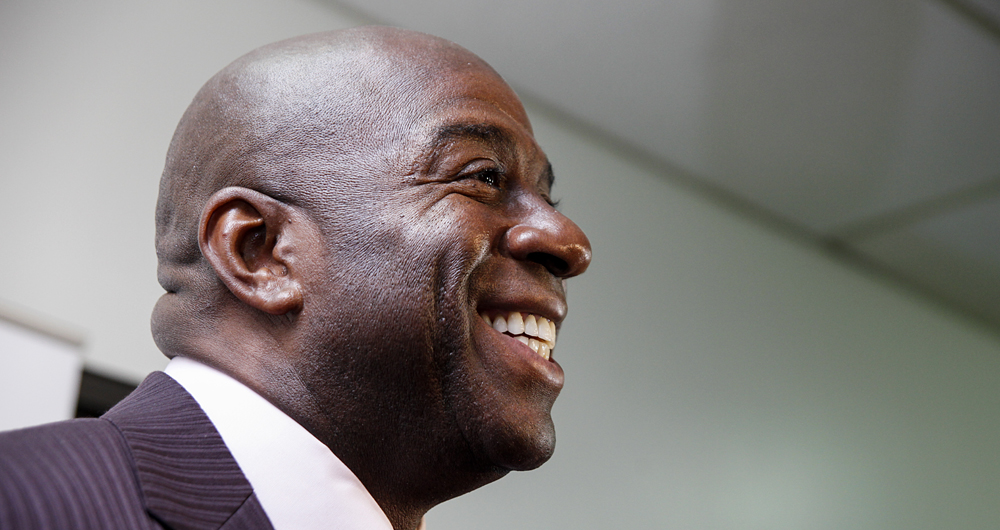 Jimmy Kimmel kills it on the music lineup this week, but the best guests are spread all over late night. Check out a Massachusetts politician, or get your giggles on as two former SNL studs are reunited.

Monday, May 19 – Stephen Malkmus & the Jicks on “Letterman”

The legendary Stephen Malkmus just wrapped up a monster American tour supporting his latest album, “Wig Out at Jagbags.” For those who caught the tour, it is clear the zany songwriter is on a fun streak, peppering Pavement songs into his set and fueling off of more jubilant tunes. He and the Jicks will surely make it count on “Letterman.”

Monday, May 19 – Charles Bradley on “Kimmel”

“The Screaming Eagle of Soul” is one of the more breathtaking performers out there right now, and has an amazing backstory to boot. The Daptone artist, who was the subject of a documentary “Soul of America,” is still something of a hidden gem in American music, but is a force not to be reckoned with.

If you weren’t in college in the past five or so years, you may not know who Timeflies is. Truth is, however, that the duo is perhaps the biggest touring band to get its start in Boston in recent memory. Timeflies, which formed at Tufts a few years ago, took to innovative online techniques, such as the band’s signature “Timeflies Tuesday,” to help grow an enormous online audience. Always great to see a band from this ‘hood grow its way to a late night show.

Swedish dream pop darling Lykki Li just put out a stunning new album, “I Never Learn,” and is always a captivating and dimensional live performer. Witness how she creates her magic on Jimmy Kimmel’s show.

Thursday, May 22 – Little Dragon on “Kimmel”

It has been a while in the making, but swedish electro-soul outfit Little Dragon just released its new album “Nabuma Rubberband.” For those who enjoy acts like tUnE-yArDs, Little Dragon may hit a similar spot, crossing eclectic and experimental, with danceable funk.

Monday, May 19 – Elizabeth Warren on “The Colbert Report”

Our very own Senator makes a trip to The Colbert Report to chat with the political funny man, likely about her new book, “A Fighting Chance,” but maybe there’ll be some room for a few Boston jokes in there too.

Tuesday, May 20 – Sarah Silverman on “Letterman”

The foul-mouthed comedian has never showed weakness on TV before, so it should be funny watching her brand of comedy mesh with Letterman’s old school style. Silverman has recently been scooped up to star in a new HBO show called “People in New Jersey.”

The Pakistani-American funny man is one of today’s everything men of comedy. Not only is he a major role in HBO’s latest hit, “Silicon Valley,” but he has written columns for various publications, lent his voice to “Adventure Time,” and played a painfully accurate cell phone salesman on “Portlandia.”

It has been some time since Fallon soaked in the “luvahhs” hot tub at the Welshly Arms Hotel with Mr. Ferrell, as well as playing in Blue Oyster Cult with the zealous cowbell player. The two have a pretty hilarious history together though, and will likely provide some quality entertainment.

Thursday, May 22 – Magic Johnson on “Kimmel”

Yeesh, this one could either be insightful and light-hearted or painfully awkward. Magic was recently dragged into the Donald Sterling debacle after Sterling made some really crude and insulting remarks about him. He kept level-headed though, showing an incredible amount of restraint and showing what a better man he is than the former Clippers owner.

Enter to win tickets to see Trio Da Kali at The Villa Victoria Center of the Arts (Newton, MA) on April 10th. END_OF_DOCUMENT_TOKEN_TO_BE_REPLACED

END_OF_DOCUMENT_TOKEN_TO_BE_REPLACED

Enter to win tickets to Rhye at The Paradise on February 28th. END_OF_DOCUMENT_TOKEN_TO_BE_REPLACED

Her new album has been pushed back, but we have Kimbra’s new single for you. END_OF_DOCUMENT_TOKEN_TO_BE_REPLACED

The folk duo returns with a new record this week. END_OF_DOCUMENT_TOKEN_TO_BE_REPLACED

Now that we’re done looking back at 2017, let’s look ahead at 2018. END_OF_DOCUMENT_TOKEN_TO_BE_REPLACED

Our first Song of the Week for 2018. END_OF_DOCUMENT_TOKEN_TO_BE_REPLACED

In a year when so many things were off, the music was right on. END_OF_DOCUMENT_TOKEN_TO_BE_REPLACED