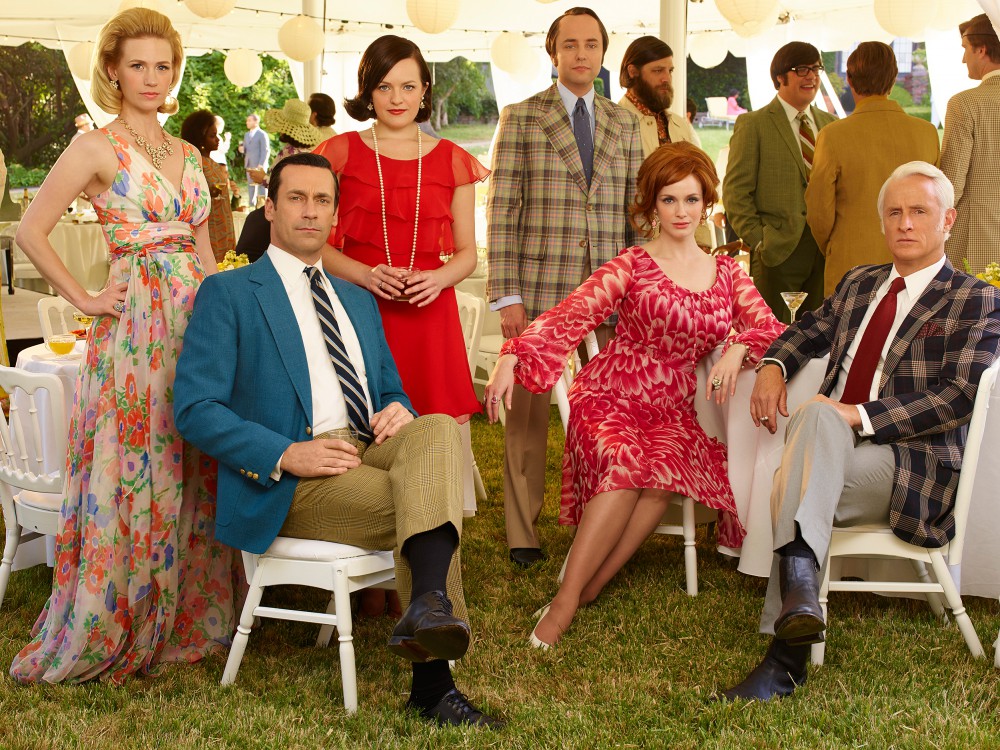 AMC’s ever-popular period drama is finally coming to a long-winded end on April 5 with the premiere of the second half of season 7.

In traditional “Mad Men” fashion, the season’s start may have skipped a few years forward following 7A which ended with the Apollo 11 moon landing in 1969. Vulture speculates 1972, citing this Cosmopolitan cover echoed by Peggy and Megan’s promo shot fashions.

Considering the 1976 Diana Ross track “Love Hangover” grooves in the teaser trailer, a step into the next decade sounds about right.

In customary “Mad Men” fashion, the promo tells us absolutely nothing…. and everything…. but mostly just nothing.

Like every next episode tease that follows the closing credits: a sigh, a closing door, a gasp, a widening eye–it could all mean something! Or nothing at all.

Matthew Weiner is a terrible, awful, no-good red herring tease. We’ve gone through season after season of waiting for each character’s rumored fate (like, hello?? Megan, why are you still here?) only to be completely side-blinded by the random obscurity of plot twists that actually roll out (like Ginsberg’s nipple in a box). But here and there, he places a legit Easter egg or two for fans to figure out on their own.

Is it Megan’s saucy and superior all-white ensemble? (Will she remarry? Will she die? Is she already dead?? Is she a ghost?) Or Pete’s lustful, longing gaze in Peggy’s direction? (Does he want her workplace seniority? Her respect? Her body? Her full, lush head of hair?) Or the iridescent bubbles that float by a serenely smoking Betty? (Will she finally give in to the dewy allure of mind-altering medication? God, I hope so.)

And then there’s Don: Still kickin’. But looking as haunted and out-of-place as ever. God bless this show. 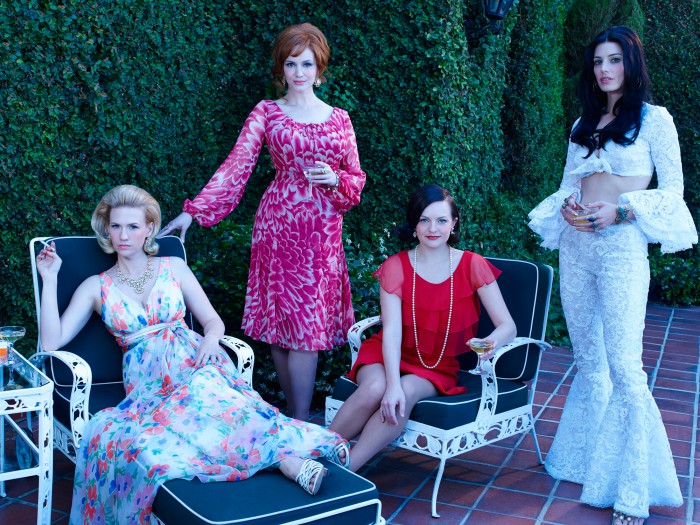 [All photos via Frank Ockenfels 3 for AMC]