Last night, AMC aired the mid-season premiere of Mad Men. The period drama is on its way out, and the next SEVEN episodes represent the countdown to the end of an era of really spectacular TV. As we left them, McCann-Erickson purchased a 51 percent stake in SC&P, leading Don, Ted, and Roger to sign five-year contracts, making each of the partners millionaires several times over. Megan and Don called it quits. Peggy and Pete land Burger Chef. Bert died.

Did you know a chinchilla coat in the ‘70s cost $15,000? (That’s basically like a billion dollars today.) Don Draper, former fur salesman, does. The episode opens with Don and a seemingly endless queue of pretty young things; chinchilla-wearing ones, mink-wearing ones, and ones from beyond the grave. 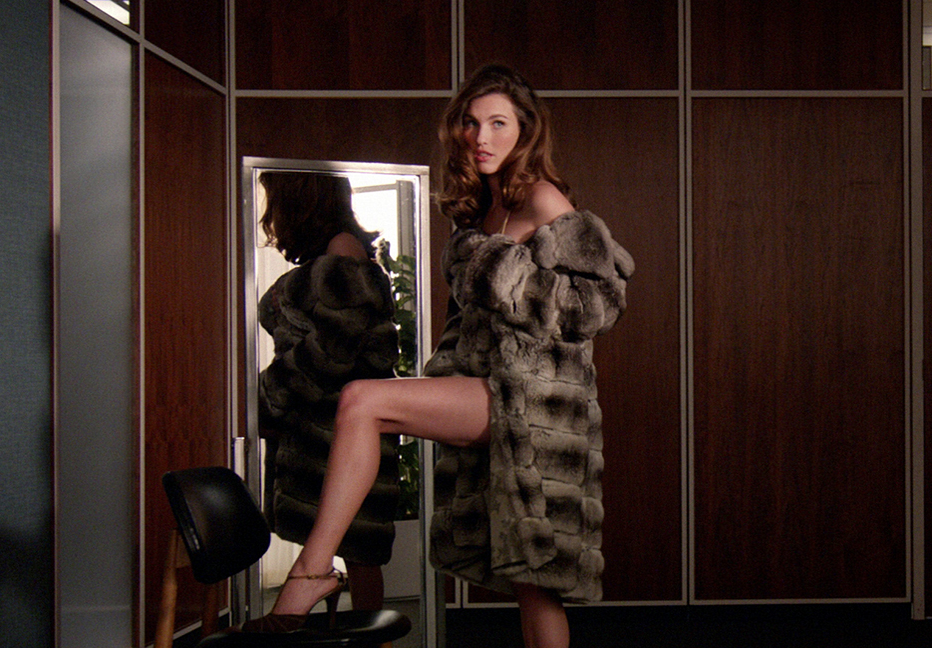 Don is back to his old ways. A tipsy stewardess scrubs wine out of his carpet in her bra and panties, a la Megan, and Don doesn’t blink at the deja vu. She finds an earring under the bed. Another tryst?

“No, that’s the woman I’m not sleeping with, my ex-wife.” Sorry, Megan.

Earlier in the evening, a bevy of fur-clad models join Roger (with THAT MUSTACHE) and Don, who are both wearing tuxedos, at a diner. Don has them in stitches with a story about his boarding house days.

There were a lot of terrible things that happened in the 70s, Roger Sterling’s mustache is one of them. #MadMen pic.twitter.com/PdxSMQ33aW

“He loves to tell stories about how poor he was,” Roger squawks. “But he’s not anymore!”

They pay their waitress with a $100 bill. She looks familiar. Don insists on it. She looks familiar to us because she’s Esme from “Twilight,” but she also bares a striking resemblance to Midge Daniels, Don’s tragically heroin-addicted, artist girlfriend from season one. Don continues to stake out the diner, and they have sex in the back alley. She thinks it’s for the $100 from the night before, but he just wants to know who she is.

We’d say threes a trend, but only one more ghost of Don’s ex-lovers makes an appearance. Rachel Katz née Menken, the fast-talking Jewish department store heiress, appeared during the Topaz casting in a fur coat. She purrs during the audition, “I’m supposed to tell you you missed your flight.”

He asks Meredith (who has thankfully not been fired for making a pass at her boss last episode) to give Rachel a call, only to be informed that she passed away the week before. He’s rattled.

Don attends shiva, where he’s accosted by his well-knowing sister who informed him that Rachel died of leukemia. “She lived the life she wanted to live. She had everything.” Don bows out shamefully.

Meanwhile, we’ve come to learn that Team McCann-Erickson is insufferable. Like, outrageously so. Joan and Peggy, in an attempt to save Topaz pantyhose, meet with the McCann bros to try to get the brand into department stores. It goes like this:

Jerk 1: “Why aren’t you in the brassiere business?”

Me: *throws my remote control at the screen and runs screaming into the night*

The good news: Peggy and Joan make an awfully good team. The bad news: They’re a divided front. It’s not the first time that the cash money made by the partners is mentioned, but Peggy doesn’t hesitate to throw the gauntlet at Joan. It’s a low blow. But at least they agree on the things that matter:

Joan: I want to burn this place down.

Peggy: I know. They were awful.

Ken (with his eye patch) also feels the heat from his former/now current employer McCann, who isn’t taking nicely to that time he decided to quit and walk out with a significant number of clients. They decide to fire him, and ask him to kindly hand over his accounts to Pete. He’s shellshocked, and considers writing the great American novel before coming up with a better idea: He’s now the head of advertising at Dow, an SC&P client. “I hate to tell you, but I’m very hard to please,” he smirks. That eye patch is really working for you, Ken.

So Ken Cosgrove is stuck with the eye-patch forever?? Lucky. pic.twitter.com/Zl1QCpKR9s

Meanwhile, Peggy is set up by one of her creatives, John. He introduces her to his brother-in-law, Stevie (aka Brian Krakow!) and after some meaningless, albeit practical, deliberation from Peggy, she agrees to go out to dinner with a grown man named Stevie. After some bleak existential conversation over veal versus lasagna, Stevie and Peggy are hitting it off: John had told Stevie that Peggy is “fearless,” which is literally the best reason to go out with someone you don’t know ever. Here’s to fearless! 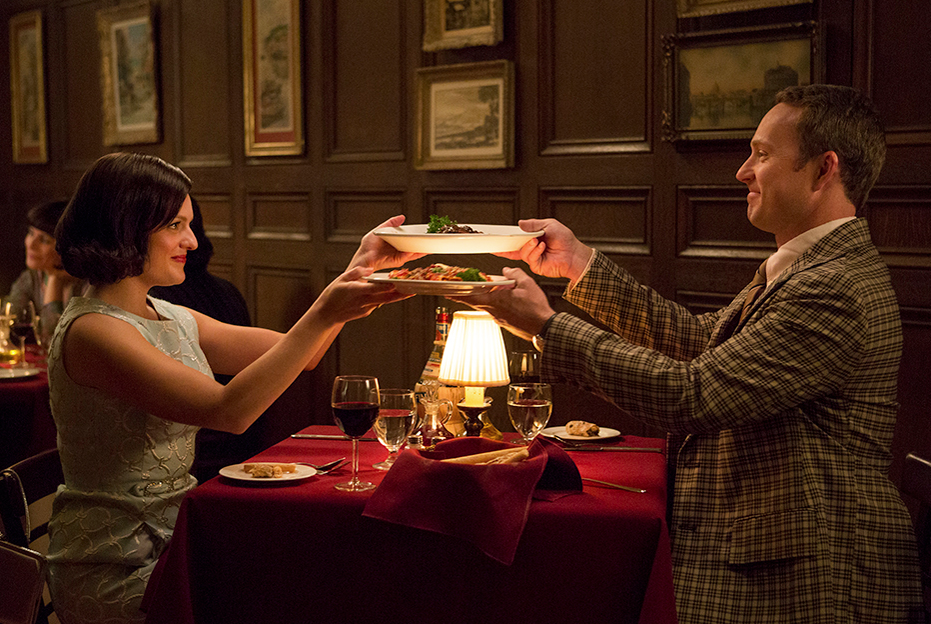 Stevie doesn’t have a job. He was let go from his law firm in Boston (finally someone is talking about Boston) and is in the process of seeking out a new gig. Quite logically, Peggy declares they should go to Paris. They make out, search for her passport, and make out some more. She says they shouldn’t sleep together because things seem to be going so well, and of course, Paris! Where margarine was invented.

The next morning the deep remorse of a drunken first date sets in and Peggy wears her regret on her sleeve. “I’m not going to get on a plane with someone I barely know,” she scoffs when Stan (who looks fantastic) asks.

And that’s how we learned that ghosting was a thing in the ‘70s, too.

Other quotes worth repeating:

Peggy Lee, you play us out: