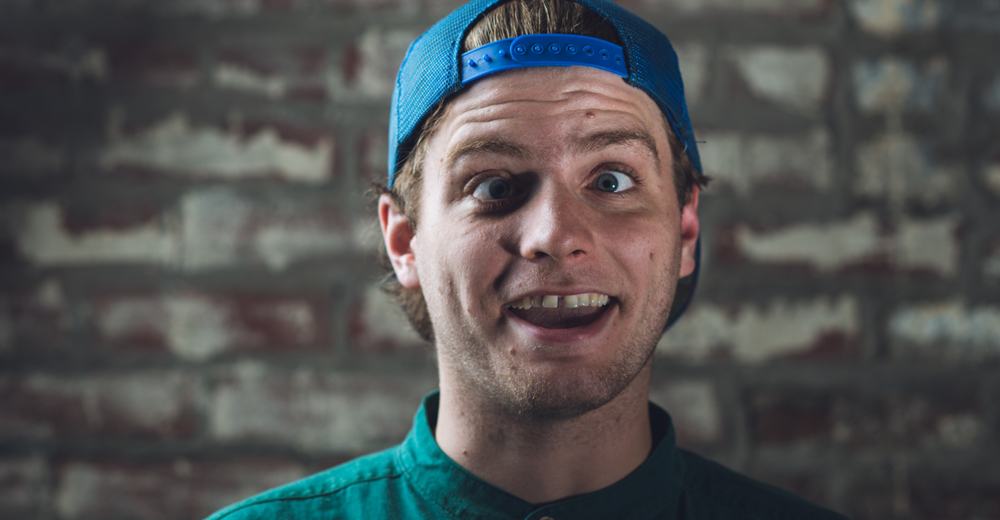 It may be April Fools’ Day, but this week’s new releases ain’t no joke (this thing on?). The album that you should all be listening to this whole month is Mac DeMarco’s newest, “Salad Days,” but if you have some extra time, check out the Cloud Nothings and Saintseneca albums as well.

Montreal oddball Mac DeMarco launched quickly into stardom in the fall of 2012 with the release of his first two albums. Carving out a quirky identity as both a bizarrely viral personality crossed with a matured take on basement jazz-rock songwriting, he almost went so far as to pigeonhole himself into this anything-for-a-laugh reputation. But then “Salad Days,” happened. Not only is the new album a delicate balance of more self-aware meditations and occasional wacky weird-pop jams, but even aesthetically, there is more diversity, peppering in synth-laden ballads among the tinny funk licks. DeMarco is as lovable as he’s always been, but this time, he’s all the more relatable.

Cloud Nothings – “Here and Nowhere Else”

Cleveland’s Dylan Baldi, the man behind Cloud Nothings, graduated from a lo-fi wunderkind to a more stern aggressor on 2012’s “Attack on Memory.” Now, with “Here and Nowhere Else,” he and the band find the best of both worlds. The beginning of the album brings a tremendous slug of fuzzy pop punk, perhaps leaning more on the punk side than the pop. The b-side pulls more from the “Attack On Memory” style, stretching “Pattern Walks” out to almost seven and a half minutes, tossing around shades of hardcore and ambient music in curious form. Also, the band’s drummer is unreal, listen to “Psychic Trauma” and tell me it doesn’t shred your face.

There’s a special place in 2005 for bands like Kaiser Chiefs. That’s not to say they’re not good anymore (although, they’re not all that great either), but if anyone is expecting them to revive British rock, you’re better off holding out for an Oasis reunion. We can applaud Kaiser Chiefs for taking on some new ground on this record (hat-tip to the Michael Palin jab on the lead track), but the band’s brand of dance rock fizzled out almost a decade ago now. If Franz Ferdinand stuggled to revive it, the Kaiser Chiefs will have a tough time as well.

RAC has boiled down from a collective of artists to the solo project of Andre Allen Anjos. “Strangers,” much like the rest of the RAC collection, adds a dance music perspective to different styles of rock and indie pop. At times, this works brilliantly, like “Ello Ello” with Body Language, which sounds like it could have been on the last Daft Punk album, and at times it comes up a bit short. Regardless, the contributions of different artists gives the album more of a compilation feel, which paces it nicely, but keeps a common thread.

It’s been three years since Columbus punk folk quartet Saintseneca released its debut full-length, “Last,” but “Dark Arc” makes it worth the wait. The band grazes several different styles within the the folk umbrella, whether it be the family band feel of Ages and Ages, the emotionally delicate balladry of Bright Eyes, or the full-bodied harmonies of The Head and the Heart. Consequently, Saintseneca could find itself winning over several different fanbases, from the Newport-going neo-folkers, to the cafe-creeping acoustic punks.  There’s some special songwriting on “Dark Arc, and Saintseneca deserves the ears of many.

Enter to win tickets to see Trio Da Kali at The Villa Victoria Center of the Arts (Newton, MA) on April 10th. END_OF_DOCUMENT_TOKEN_TO_BE_REPLACED

END_OF_DOCUMENT_TOKEN_TO_BE_REPLACED

Enter to win tickets to Rhye at The Paradise on February 28th. END_OF_DOCUMENT_TOKEN_TO_BE_REPLACED

Her new album has been pushed back, but we have Kimbra’s new single for you. END_OF_DOCUMENT_TOKEN_TO_BE_REPLACED

The folk duo returns with a new record this week. END_OF_DOCUMENT_TOKEN_TO_BE_REPLACED

Now that we’re done looking back at 2017, let’s look ahead at 2018. END_OF_DOCUMENT_TOKEN_TO_BE_REPLACED

Our first Song of the Week for 2018. END_OF_DOCUMENT_TOKEN_TO_BE_REPLACED

In a year when so many things were off, the music was right on. END_OF_DOCUMENT_TOKEN_TO_BE_REPLACED