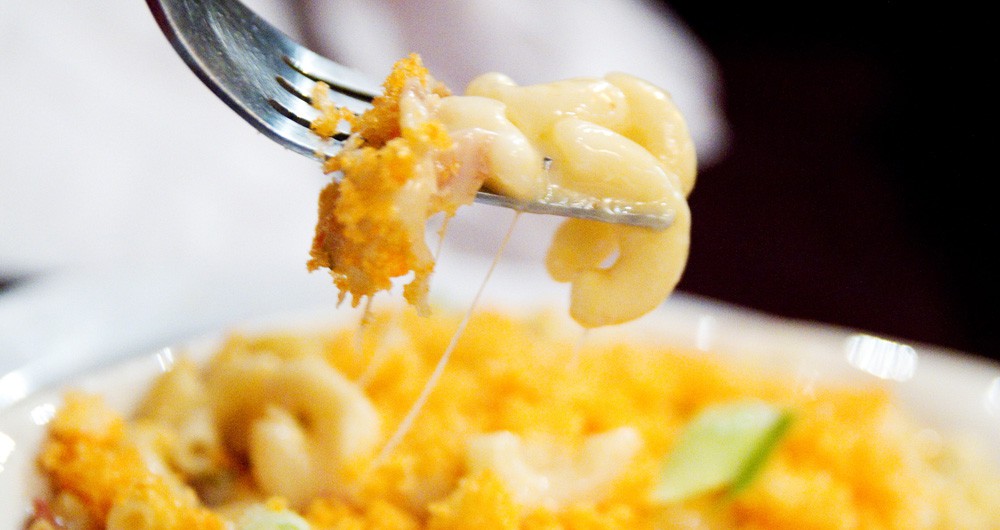 After a February full of blizzards, you’re not going to let a little March wind stop you from going out and having fun this week. Wind is probably the lamest of all the elements needed to summon Captain Planet, I mean except for heart, which what even was that? Anyways, you don’t need some environmentalist propaganda TV show to tell you that the worst of winter is over and there’s plenty to do to celebrate.

It seems like everything cool was invented in Somerville, from the original American flag to marshmallow Fluff to the annual citywide Porchfest music festival. Except they actually got the idea from Porchfest from Ithaca, which is why we can’t really call out Jamaica Plain for copying the ‘ville when they debuted JP Porchfest last year. Tres Gatos hosts a fundraiser tonight for the 2015 festival, looking forward to the July 11 festivities with summer-themed tapas and cocktails, plus live music from GaBrilla Ballard, Devin Ferreira, and Rick Berlin. (6 p.m., $12-15, all ages)

Harvard Book Store welcomes former Massachusetts congressman Barney Frank to Cambridge’s First Parish Church to talk about his memoir, Frank: A Life in Politics from the Great Society to Same-Sex Marriage. It really makes it easy on the book title writers when an author’s last name perfectly describes his straightforward manner of speaking. Frank’s story begins in his childhood home of Bayonne, New Jersey, where the 14 year old made an alarming discovery: He was attracted to…a career in government! Oh and also, he was gay. The first sitting member of Congress to enter into a same-sex marriage was famous for his lacerating wit even when he had to run for reelection, so who knows what he’ll say with no potential voters to offend. (7 p.m., $5, all ages)

In their Kickstarter-funded and highly anticipated launch event, Ignite, Phoenix Orchestra takes what would be a classical orchestral concert and makes it into an immersive experience, breaking down the barriers between audience and musicians from the moment you walk in the door. Within reason, obviously. If you try to jump on stage and play the oboe, the conductor is going to stop you and say “Oboe you don’t!” The orchestra is made up of some of the best young orchestral talent in Boston who will bring great classical music along with a modern twist to the presentation and format of the evening at Harvard Square’s Club Oberon. (7 p.m., $20-30, all ages)

If you describe a song or movie or TV show as “really weird” and mean it as the biggest compliment possible, you’re going to love the Actors Shakespeare Project’s new production of God’s Ear. The New York Times described Jenny Schwartz’s play as “arrestingly odd,” and the hallucinatory tale of a grieving couple features a wisecracking toddler, a singing Tooth Fairy, and a family-counseling G.I. Joe. After Wednesday’s opening night, the play runs Thursdays to Sundays through April 12 at the Davis Square Theatre. (7 p.m., $28-50, 21+)

Jamaica Plain’s Bella Luna Restaurant & Milky Way Lounge hosts its first Mactacular Craft Beer Tasting & Mac-N-Cheese Bar, featuring beers from six local craft breweries and cideries and four different macaroni and cheese selections: Homestyle, truffle, buffalo chicken, and JP’s Best. Here’s hoping the event is a rousing success and becomes an annual tradition, because I’d like nothing more than to write about Mactactular 2: Return of the Mac at this time next year. (7 p.m., $15, 21+)

Just like everything else with “underground” in the name (the Underground Railroad, Weather Underground, the underground economy) the Boston Underground Film Festival is just under-the-radar, not literally underground. The annual festival brings gender-bending German samurai, sentient severed limbs, the return of Saturday morning cartoons, and some of this year’s best short films and music videos to the Brattle Theatre, which is located at street level in Harvard Square’s Brattle Hall, but if you go underground to the basement level you’ll find the Alden & Harlow restaurant, a pretty good spot to plan a radical uprising or conduct some shady business not suitable for the light of day. (Various times, prices and ages)

What do Keytar Bear and Tom O’Keefe (Twitter’s @BostonTweet) have in common? Both wield their weapons of choice — a keyboard guitar and iPhone, respectively — to make Boston a little more enjoyable to live in. The Welcoming Committee and General Assembly host Passion Projects: Keytar Bear and @BostonTweet, a rare public appearance in which the two local icons talk about how they transformed part-time hobbies into thriving enterprises. (6:30 p.m., $5, all ages)