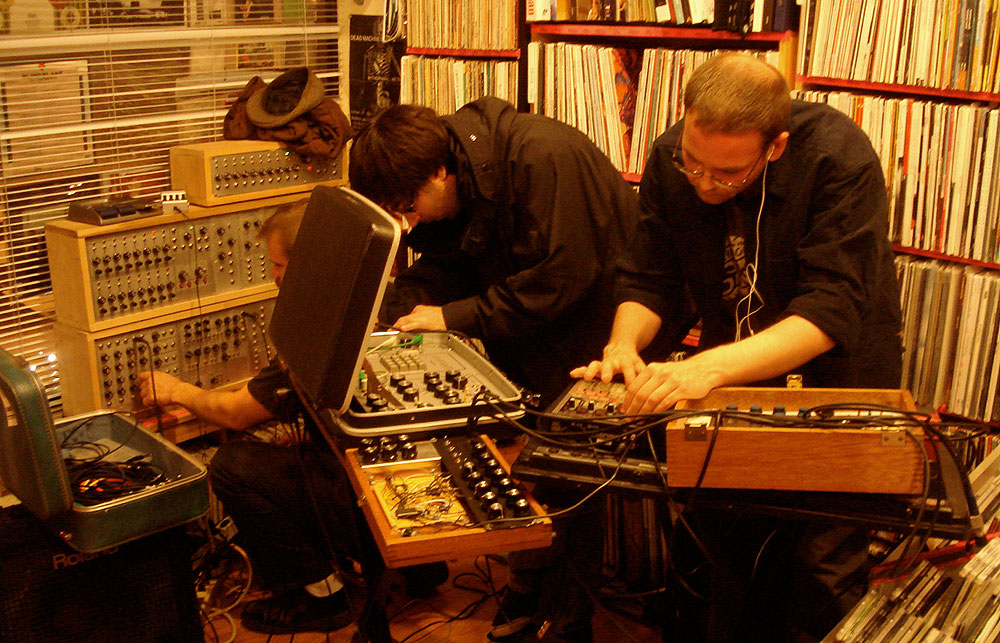 A record store that primarily carries heaps of experimental and noise music LPs and CDs seems like the least logical business to bankroll in 2014. However, for the past five years, Angela Sawyer’s 150-square-foot Cambridge shop Weirdo Records has remained an integral music hub in Boston, entertaining audiophiles and folks curious enough to browse through the store’s 10,000-record catalog.

“I didn’t realize it would be unusual to open a record store,” says Sawyer, who sits in front of a mirage of brightly colored concert posters that litter the wall behind her in the store located just past Central Square toward Harvard. “Then I went to open one and people were like, ‘What are you doing?’ It didn’t seem reasonable to do anything else though. It didn’t seem that weird to me.”

Of course, for someone that has based some hefty life choices on records (like the time she decided not to move to Chicago for graduate school because she didn’t know anyone there that knew who the jazz vocalists The Four Freshmen are), a decision like opening a record store would seem rather natural. And although Sawyer claims to have come into the record game much later than her vinyl-slinging counterparts, her infinite knowledge and overt passion for music has made her an expert beyond her years.

“I’ve been working in record stores for over 25 years and over that time I’ve realized one of the things I like about records and music is that it’s all up to you,” says Sawyer. “Understanding how to grow your own ear and make your own analysis for a record and decide what you think about it, within your own head, is like a great defense against every dumb thing that happens in the world.”

Sawyer doesn’t pretend to be solving the world’s problems with the sale of each avant-jazz cassette or ’60s psych record, but she also has no qualms acknowledging Weirdo Records’ significance in creating an alternative music haven for Boston’s biggest music freaks.

“Everyone that comes in here doesn’t do so because they need these things,” says Sawyer. “They come because they really want it to exist in the face of a record store really not needing to be there. It’s both a place that can help you fix your head, and it’s also a ‘Breakfast at Tiffany’s’-type place where nothing too terrible can ever really happen.”

Boston’s music community undoubtedly runs deep, playing host to one of the biggest hardcore and punk scenes in the ’80s and spawning major acts like Aerosmith, Dropkick Murphys, and The Pixies. Nevertheless, much of the city’s most interesting music acts remain undiscovered, hidden in the basement of the Cambridge Elk’s Lodge and random houses in Allston, or among the stacks of 33s that line Weirdo Records’ shelves. For Sawyer, these local surf-rock outfits and avant-jazz trios prove a definitive face in Boston music culture, one that has unknowingly had a long-standing presence and continues to grow thanks to music purveyors like herself.

“Boston is a really great city and an even better one for experimental and local music,” says Sawyer. “It’s great for abstract stuff in general, because it’s a big enough population for a lot of weird stuff to happen. People don’t know it, but Boston kind of boxes above its weight class in terms of unusual abstract art. So when you’re talking about music, it’s the kind of stuff you will find here in the shop. Unique, definitely weird, and sometimes undistinguishable as ‘music,’ but this stuff is representative of an enduring music scene here.”

Enter to win a pair of tickets to attend The Hess Collection Seminar and Dinner as part of Boston Wine Festival 2018 at the Boston Harbor Hotel on Wednesday, March 14th. END_OF_DOCUMENT_TOKEN_TO_BE_REPLACED

Perry Eaton writes for Boston.com. Perry Eaton talks on the radio with me from time to time. Today, he talked to me about what he’s been listening to and some upcoming shows and festivals worth checking out. Click here to read more. END_OF_DOCUMENT_TOKEN_TO_BE_REPLACED

Boston band Funeral Advantage is Tyler Kershaw. And Tyler Kershaw had a fun childhood, so it seems. END_OF_DOCUMENT_TOKEN_TO_BE_REPLACED

Perry put me on to daephne and the album blew my mind. END_OF_DOCUMENT_TOKEN_TO_BE_REPLACED