Lovers’ Eyes: Best Date Movies to Check Out in Boston This Month 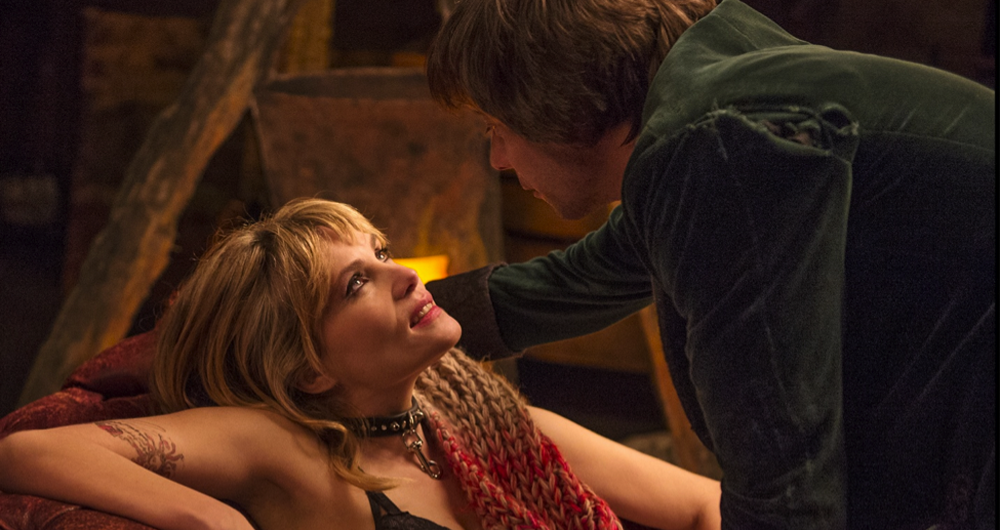 Boston is for lovers. Well, so is Paris. And all of Virginia. I don’t know – apparently people fall in love all over the place. I’m not convinced. Furthermore, they say summer is for lovers (or was it spring?), but does anyone actually want to touch another person right now? I digress – really, movies are for lovers and this is indisputable. Specifically, it’s time to find ways to force our prospects for love (or friends that cuddle) to accompany us to a place where we can sit in silence, not be hot, and pretend to be interacting.

This month, our local cinemas host special treats for the young and star-crossed. For the more conservative, the MFA presents The 19th Annual Boston French Film Festival. Maybe my taste doesn’t quite match up to yours, but there is a slew of other cinematic gems to get you out of the sun and into the company of the person you dig:

Don’t you hate when you’re watching a movie and the person you’re sitting with keeps stroking your hand and it’s getting a little distracting? But you also love it, don’t you? That’s why I’m excited for the Kendall hosting this adaptation of a play adapting a book that was “Fifty Shades of Gray” long before that was even a thing. What else would you expect from Roman Polanski’s attempt at making a movie in the style of Wes Anderson (N.B. the detailed sets and colorful font used in the trailer)?
The original “Venus in Furs” is erotic literature from 1870 by Austrian author Leopold von Sacher-Masoch (the man after whom masochism itself is named). Picture a man so obsessed with a woman that he becomes her slave. It’s on the list of books a good friend of mine reads at coffee shops to attract a very specific kind of girl. The movie “Venus in Fur” is an adaptation of David Ives’ play by the same name, a production about a director struggling to cast a stage version of the book and getting more than he bargained for when the perfect actress shows up. If you love meticulously chosen color palettes, sexual degradation, female dominance, and self-referentiality, this new release is sure to either scare away your romantic interest or start you down a path to mutually assured destruction (dependence).

Struggling to come up with something to say to your crush? Even better than being quiet in the movie theatre is that special form of not talking that one experiences only at silent films. Please your cineaste lover by shutting up – this double feature is sure to make you laugh and cringe.
“Intolerance” is D. W. Griffith’s visual essay on humanity’s inhumanity to man and one of the most impressive works of cinema to date. Using four narratives set in different epochs from biblical times to the then present, “Intolerance” is held together by themes of injustice and hatred as they pertain to young woman out of luck and love’s struggle to survive throughout the ages. It may be ironic that D. W. is most famous for “The Birth of a Nation” – a film that came out a year prior with the Ku Klux Klan as the heroes in what turns out to be J. R. R. Tolkien’s “The Return of the King,” but for racists.
On a lighter note comes a comedy inspired by its partner in this double feature. Buster Keaton is a master actor, comedian, and director of the Silent Era. It’s no surprise that he took Griffith’s “apology” film and turned it into a romantic comedy (one might argue that it already was). “Three Ages” follows two men in competition for the same woman during the Stone Age, ancient Rome, and the then just beginning era of American prohibition. If there’s one thing that can help you bond with another human being, it’s realizing how laughable is the fact that we’re all really shitty to each other.

In the past couple of years, I’ve gotten into the horrible habit of watching films with romantic interests that make both of us never want to touch another person ever again. Provocateur and director Ken Russell embodies this subset of cinema with a flourish that surely inspired the likes of Lars von Trier and David Cronenberg. As part of their renowned “After Midnite” series, the Coolidge is screening Russell’s “The Devils” in beautiful (might be the wrong word) 35mm. Based on an Aldous Huxley book, the film will not only shake your faith in God and humanity, but also rapidly shift your sexuality to “no thanks.”
This movie taught me that 17th Century France was a really cool place to be. Featuring lust-crazed nuns, plotting Catholics vying for power, and a sadistic inquisitor turned witch hunter, “The Devils” is a powder keg waiting to explode all over your face. It’s not surprising that both the US and Britain gave the film an X rating, especially given the “creative” forms of torture employed and convent women writhing in unholy ecstasy. Of note, a scene in the film (so racy that Warner Bros. edited it out in a 1970s release and have yet to reincorporate in many of the cuts circulating the country) portrays these nuns sexually assaulting a statue of their Lord and Savior, Jesus Christ. Even without this iconic moment, “The Devils” still packs a punch that might estrange you from the people you see it with entirely.

For the most stalwart of film buffs, the HFA provides the much needed service of screening masterpieces of cinema both old and new. On the 18th, they begin a complete retrospective of German wunderkind Fritz Lang scheduled to end in September. There is no better way to get to know this director than by watching his self-proclaimed best work – “M.” Oh, and it’s about a serial killer in Berlin who exclusively targets young children.
Aside from the horror that the basic premise elicits, “M” gives us a delicious moral quandary. In the light of this killer on the loose, police activity increases so heavily as to force the ENTIRE criminal underground to take action into their own, less than clean hands. But is the man whose insanity forces him to commit atrocious acts more guilty than the blackguards who do violence daily for personal gain? Sure it’s a doozy, but your date will likely leave the theatre happy knowing that you’re neither.

APPEALS TO: Law students, psychologists, future businessmen, and other criminals-in-training.