Love or hate Haim, these 5 bands are mining similar terrain 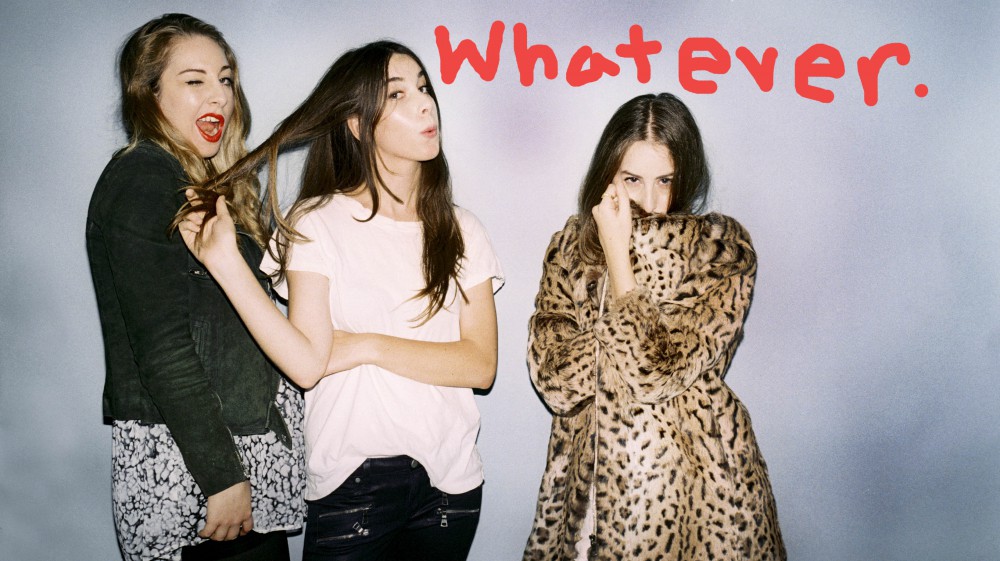 Rock’s fastest-rising band of sisters caused quite the stir with its performance on “Saturday Night Live” last weekend. Fans say that the performance was more genuine and engaging than the usual pop stars that the show attracts, and many were dazzled by Danielle Haim’s guitar skills. Critics focused on Este Haim’s “bassface,” the peculiarity of the band’s deep vocal style, and pinning the trio as just another pop act. Regardless, the Los Angeles group is everywhere now. Whether you’re excitedly looking for or avoiding bands that sound like the three sisters, the following five acts, in one way or another, grasp some or many aspects of Haim’s sound. I’m not talking Queen, Annie Lennox, or Shania Twain, either. These are current kindred spirits.

Like Haim, this Orange County, Calif., quartet is creeping its way into notoriety, with a song in the latest FIFA video game and an AT&T commercial spot. But The Colourist’s sound doesn’t deviate too far from that of its LA neighbors. Both Haim and The Colourist have a big, arena-rock sound (see previous FIFA statement), though Haim’s has been compared to bands of yesteryear while The Colourist remains in the present. Also, this band’s indie sensibility may keep it largely off the Top 40 radio, sounding closer to bands like Grouplove or St. Lucia.
With two albums to its name, Free Energy’s brand of pop is driven by a stadium-like guitar sound that meets glam and garage halfway. While there’s certainly some bubblegum playfulness to the band’s songwriting, especially on its debut album, the riff-driven catchiness of Free Energy is what makes the Philly quintet comparable to Haim’s foot-stomping lighters-in-the-sky pop rock.
The Irish songwriter takes more of an ambient, synth-driven approach to many of her tunes, but when she produces more upbeat anthems, there is a huge resemblance to Haim. The largest similarity between the two is the quirky, yet powerful vocal style. Maguire’s deep, throaty wail is expressive and distinct, much like Danielle Haim’s voice.
This one is a major stretch, we know. Annie Clark, also known as St. Vincent, is one of the most innovative thinkers in modern music. Her approach to pop digs deep into her right brain, which has received the David Byrne seal of approval but has also shifted the conception of pop music from over-produced drum tracks to guitar-driven journeys. While Clark could probably shred any of the Haim sisters under the table, Haim as a band take the fundamentals of St. Vincent’s approach and produce a more palatable, universal sound.
Much akin to St. Vincent, Thao Nguyen’s approach to songwriting incorporates countless instruments and an array of genres, which is where she has an edge on Haim. It’s when she writes more garage-based stompers that she draws closer to the LA sister act, especially when her choruses are catchy and her guitar takes charge. Even in songs dominated by banjo plucks or horns, Nguyen and her band retain a certain feel-good empowerment that Haim delivers regularly.