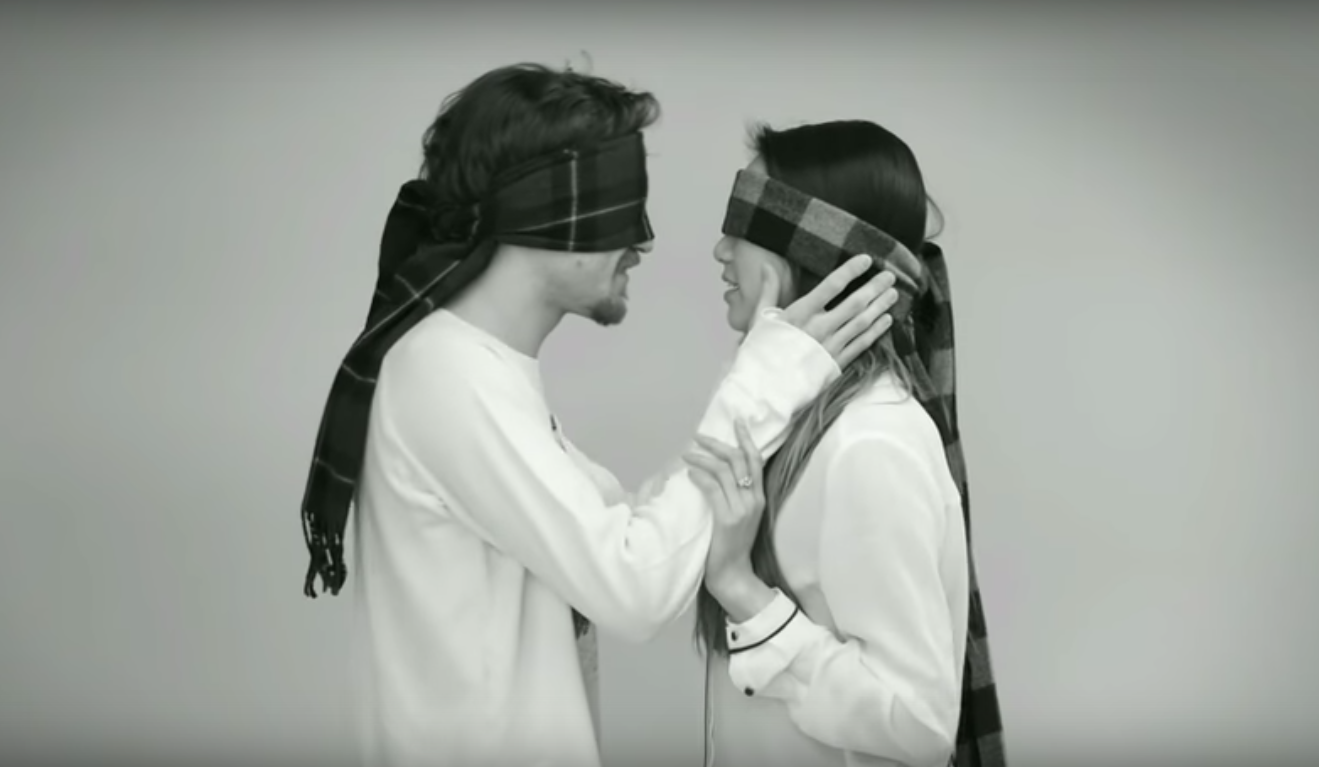 The newest Youtube-broadcasted social experiment is called “Kiss Me Now, Meet Me Later.” The premise is exactly what it sounds like: In the video, four men and four women break off into couples where they encounter each other blindfolded. These couples have never met before and they have no clue what each other looks like. Within a few seconds of meeting, they’re told to kiss.

Cue the face touches, anxious giggles, and attempts at pre-smooch small talk. While some kissers shared their names with each other, other couples avoided such cordiality and got straight to the important stuff:

“I’m so nervous. Are you? I’m sure you’ve kissed a stranger before.”

“You’re not as short as I thought.”

“How are we supposed to kiss? We just have to feel?”

But it’s when the blindfolds come off that the real connections happen.

Though certain couples have a little more shock in their eyes than others, most of the men and women talk about how pleasantly surprised they are with the experience. One couple, Matt and Ashley, agreed that they were trying to figure out what each other looked like by the sound of their voice. Their determinations upon seeing each other? “Very cute” and “very pretty.”

“There’s been so many parodies online, but there has been nothing that really showed the reason why people were kissing,” said Jordan Oram, the producer of the video. “What if you meet the person that you fell in love with from the first kiss? What if it was like your first kiss? What if it was like you met someone, you kissed them, and then you introduced yourself, and then you built chemistry from that? A lot of who we’re experimenting with today, they probably would have never kissed.”

Watch the smooching strangers below.