Lost in Sound: Exploring the Best Jukeboxes in Boston 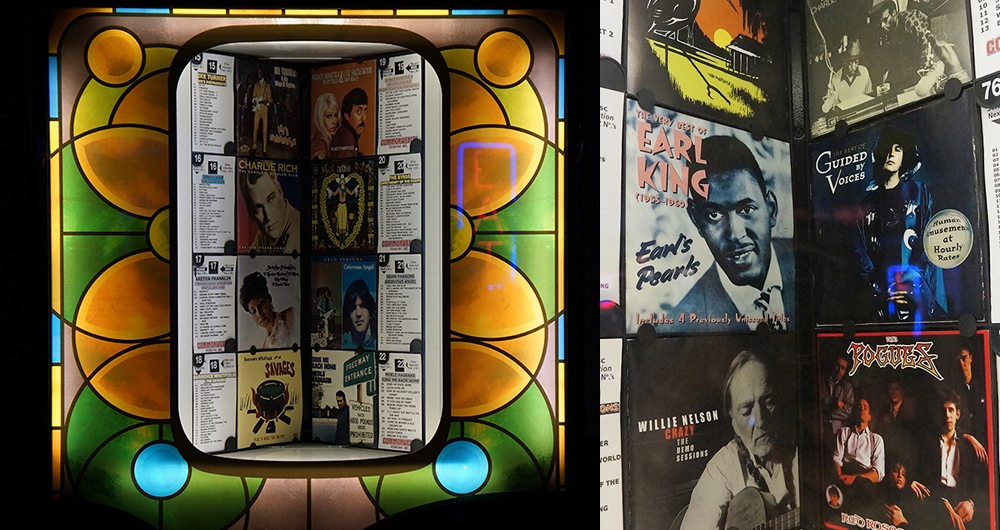 Have you ever heard a radio station play AC/DC and Hasil Atkins back to back? What about Jawbreaker and Al Green? It doesn’t happen. Not even on that bastion of musical insanity, college radio.

This is why we need jukeboxes: so that we are confronted with the existential question of whether Dinosaur Jr relates in any way to Dr. Dre. And so that we can gamble on the possibility of hearing Tammy Wynette and Husker Du within the span of one beer. And of course, to give George Michael’s album “Faith” a safe haven in the folds of post-post-modern society.

Jukebox curation is a dying art. Many venues now have digi-jukeboxes where you just Google through the alphabet for any song in the world that you’re in the mood to hear. Others simply pop an iPod on shuffle or log into Spotify or Pandora for the evening.

But if you’re looking to be surprised—to see two albums, songs, or performers juxtaposed with one another in a way that makes you suddenly see the whole world differently—you’re in luck. There are still a handful of jukeboxes in town that are loved, nurtured and hand-fed CDs just for you.

Need something soulful at the end of a long day? flatten out your hard earned dollars and head to Highland Kitchen in Somerville. Plop it all down on Lee Moses or Sharon Jones and the Dap Kings, and you’ll feel better in no time.

Stocked by the restaurant’s musician-owner Mark Romano (The Lune), this jukebox is as eclectic as their menu. You can go from Van Halen to Professor Longhair on one dollar bill no problem and still sample a hit from one of the finest collections of Columbian Cumbia music out there.

My favorite? The Louvin Brother’s “Satan Is Real.” I tell myself that it’s because it goes ironically well with the fiery goat stew, but in truth, I’ve just always been a sucker for that album cover. 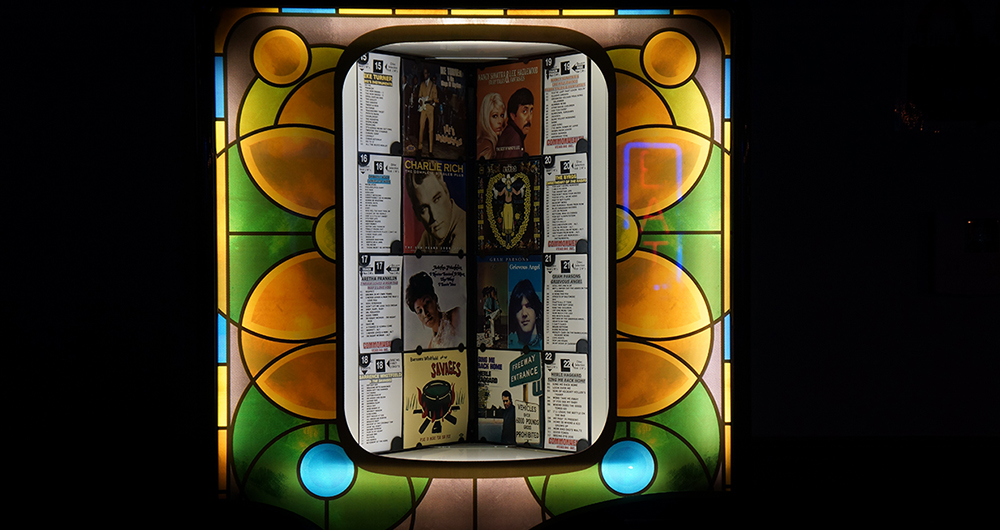 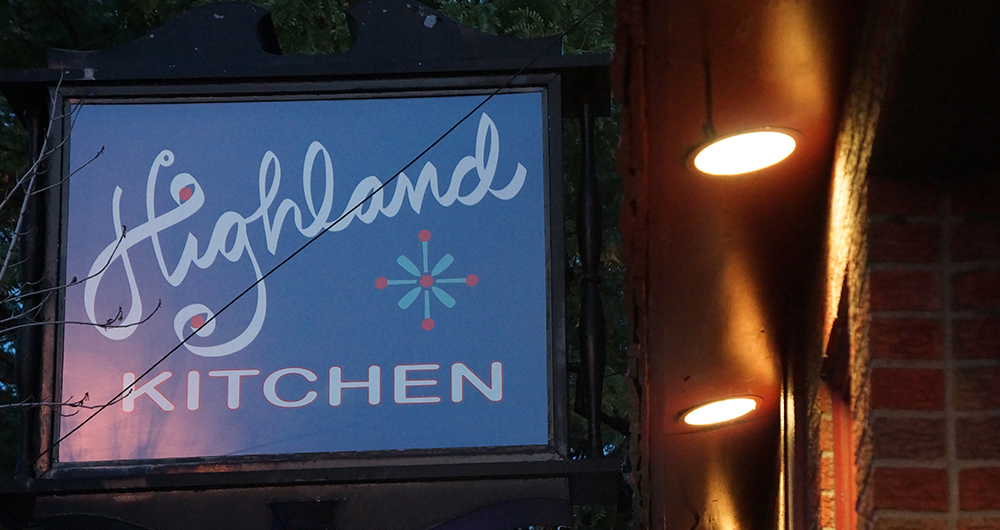 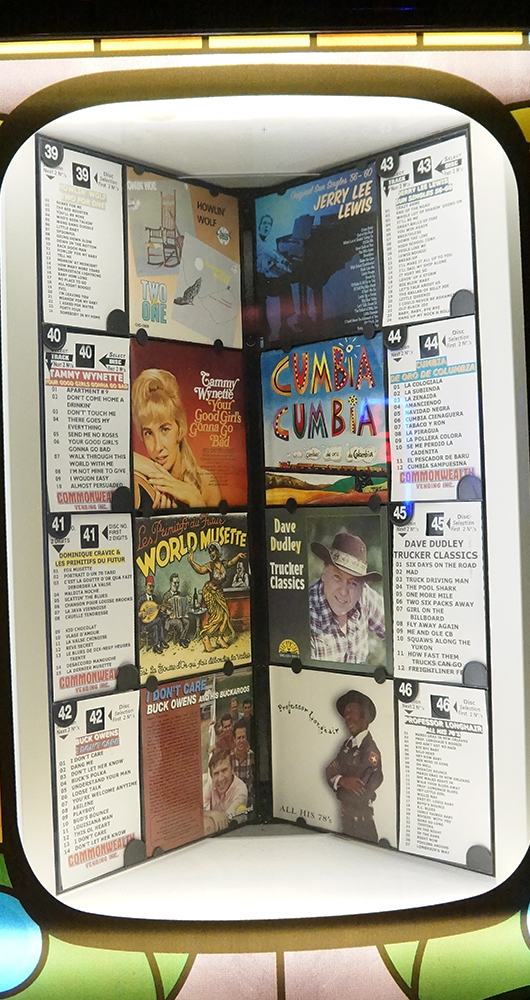 I got a hot tip from bartender Evan Harrison at Highland Kitchen, that State Park’s jukebox was worth a mention here. State Park bartender Nolan Gawron suggests there may be some bias at work—Evan’s had a partial hand in the machine’s curation.

Still, the tip is accurate. There’s something here for everyone: Rihanna and Sebadoh live on the same page in this box, as do Billy Joel and Motley Crüe. And the soundtrack from “Hair” sits right on top of Sonic Youth’s “Daydream Nation” in a way that seems as wrong and right at the same time as anything ever could be.

Nolan and I agree on a favorite album: Helium’s “The Dirt of Luck.” But if you’re playing shuffleboard, which is an option at State Park, I’m thinking “The Jam’s Greatest Hits” might be nice accompaniment. 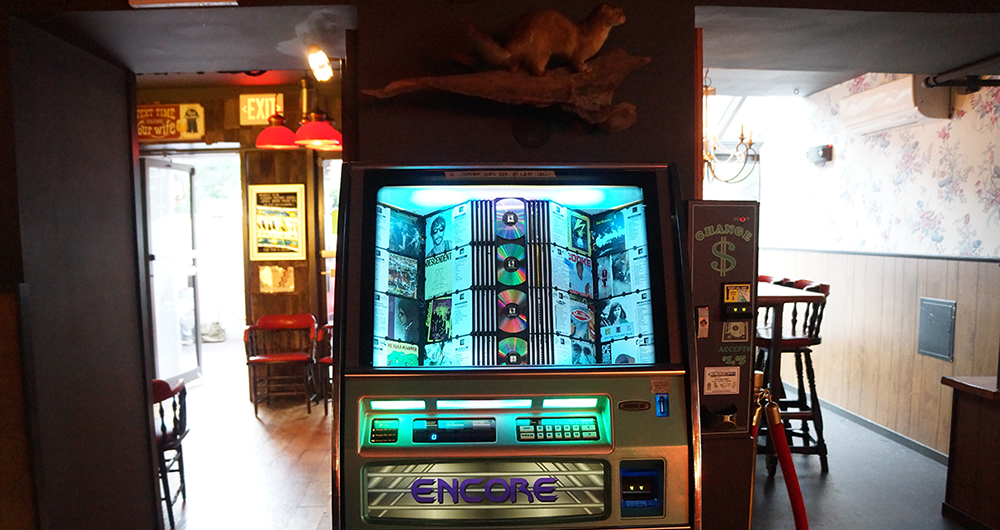 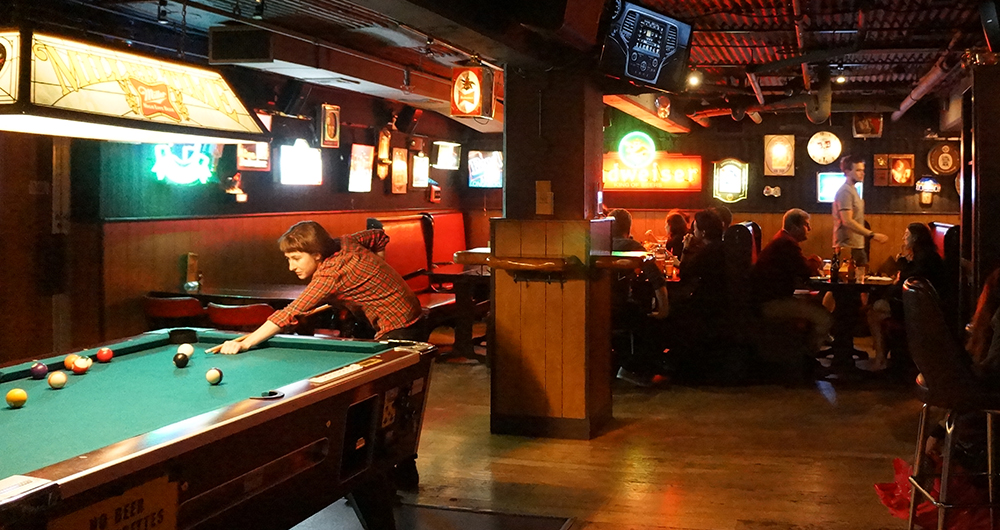 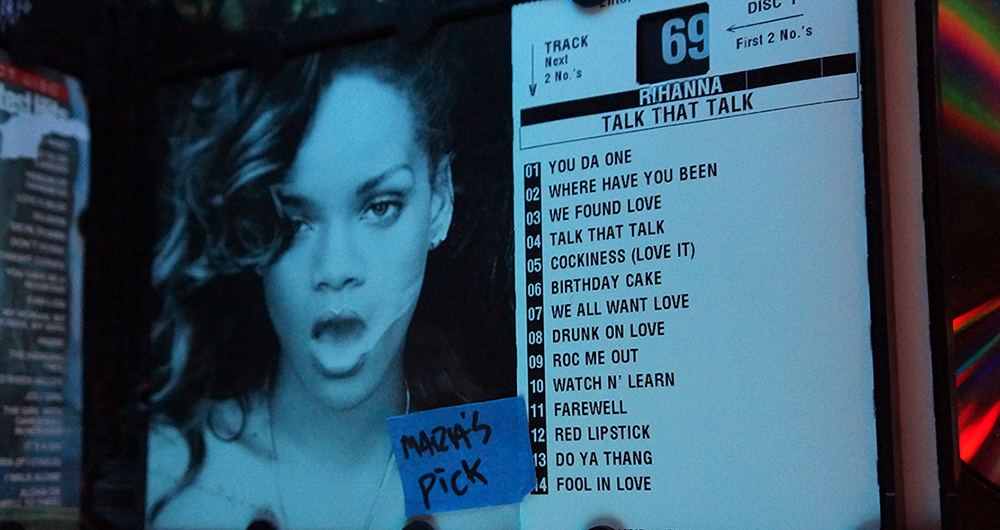 This is the jukebox that forced me to hunt down the right outlet to write this piece for. Every slot in the carousel is full and there isn’t a single bad or mediocre song on the whole thing.

I was first seduced by it when the soundtrack of Wim Wenders’ 1991 film “Until the End of the World” caught my eye as I walked by. The closer I looked, the harder I fell.

One of the real perks of this box is that it contains several incredible anthologies, like “Root Damage”, an overview of Sympathy for the Record Industry’s contributions to society (including The Gun Club’s “Preaching the Blues” and Billy Childish and Dan Melchior singing “Length of Pipe.”)

You could get an entire musical education by bringing a couple of rolls of quarters into Tavern at the End of The World.

This box is curated by bar manager Tim Carey, whose band Trusty Sidekick’s CD is also included on the jukebox. And it’s great. 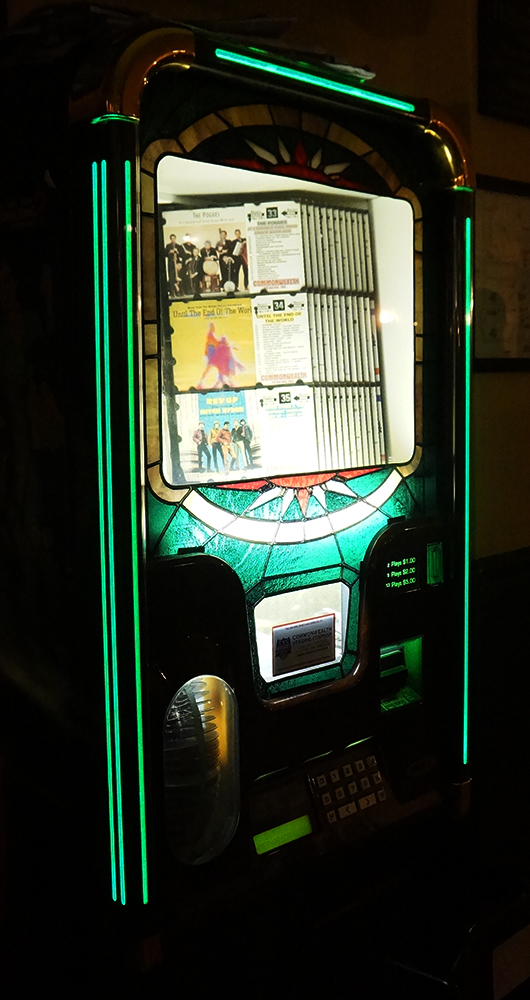 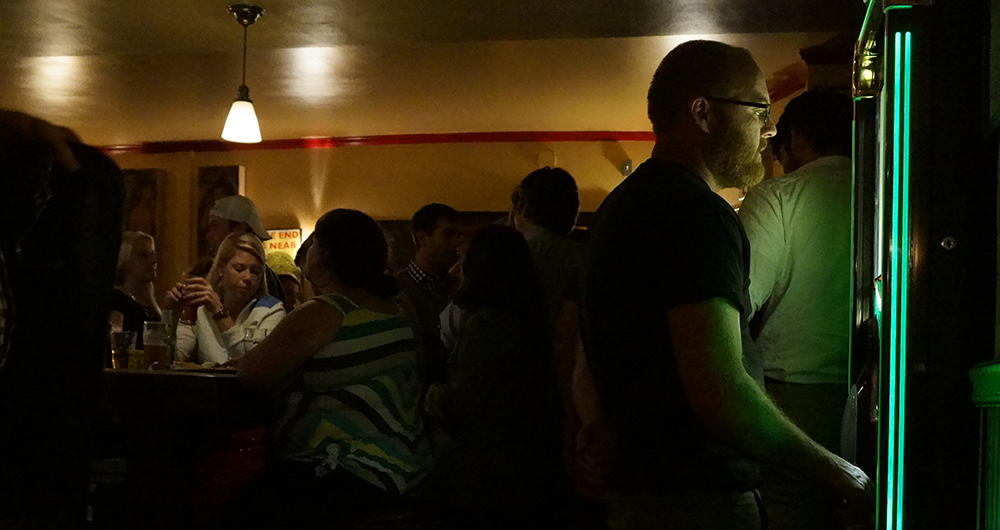 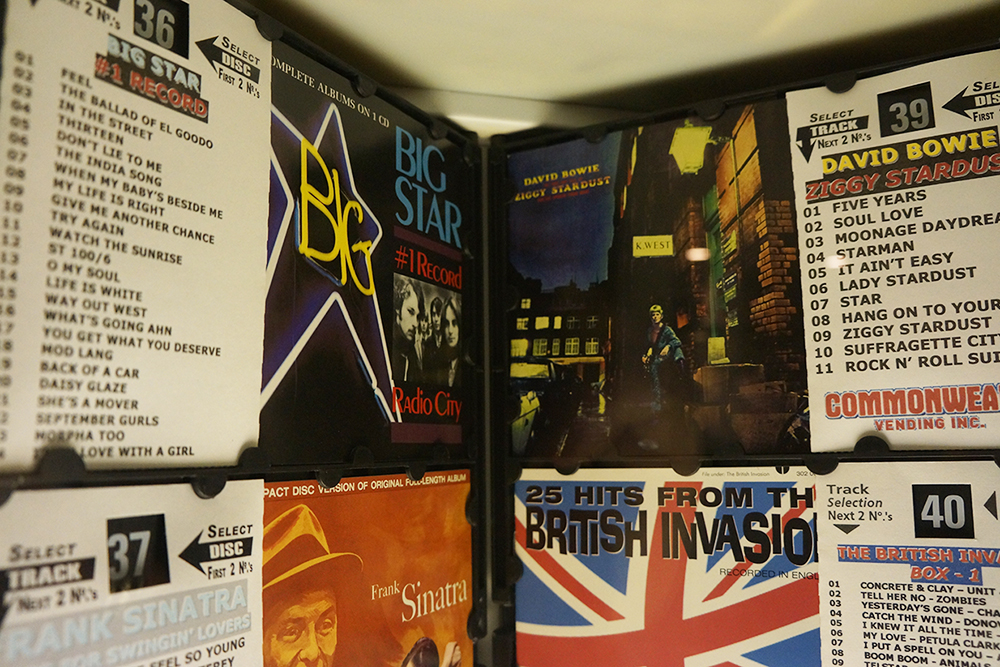 Charlie’s Kitchen’s jukebox is about as utilitarian as it gets. No frills here.

Many CDs have handwritten tracklistings and a few (with titles like “Poopin’ on Irving Street”) can only be personal mixes. I was unable to get any information about these handmade compilation albums, but they add to the overall charm and diversity of what’s in here.

For example, you can listen to Ravi Shankar, the 13th Floor Elevators and Minor Threat on the same dollar.

Charlie’s has a little more punk here than anyone else in town which is nice. It’s also nice that the crowd uses the vintage “Cosmic Blast” jukebox just about as often as it uses the “Touch Tunes” digital jukebox that was installed recently—the joy of this being that I got to hear Dag Nasty, Stevie Wonder and Justin Timberlake in exactly that order during my short visit.

My favorite? Probably Murder City Devils. I can’t remember the last time I heard “Rum to Whiskey”, but I’m ready for both after Timberlake’s 7 minute long “TKO”. 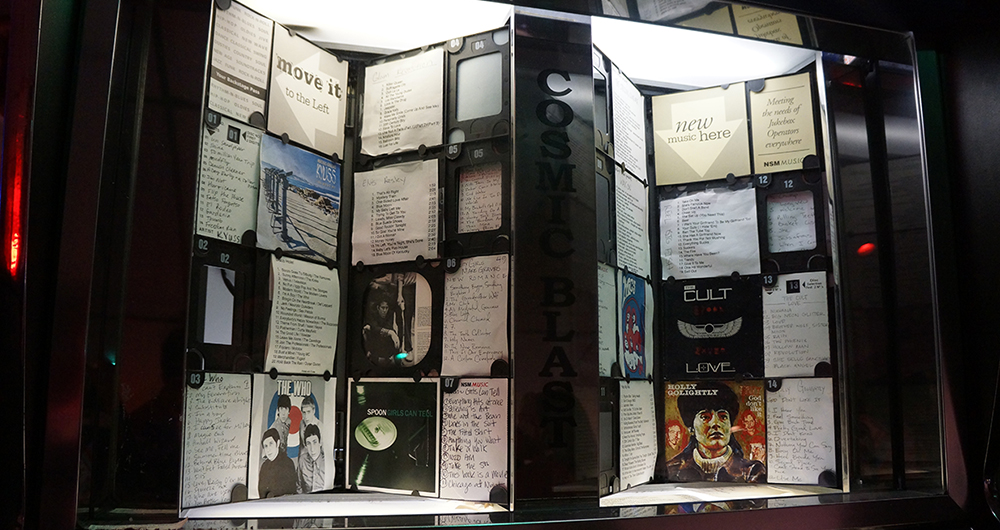 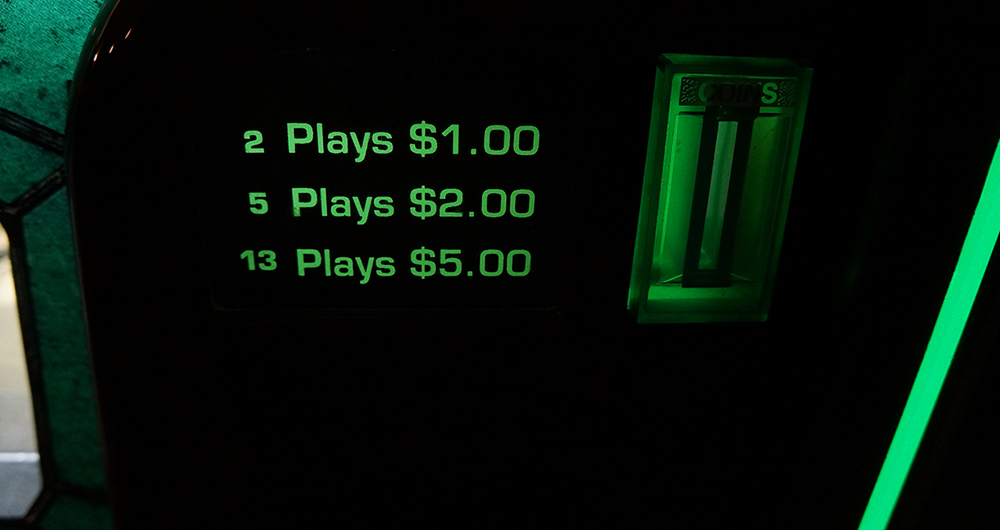