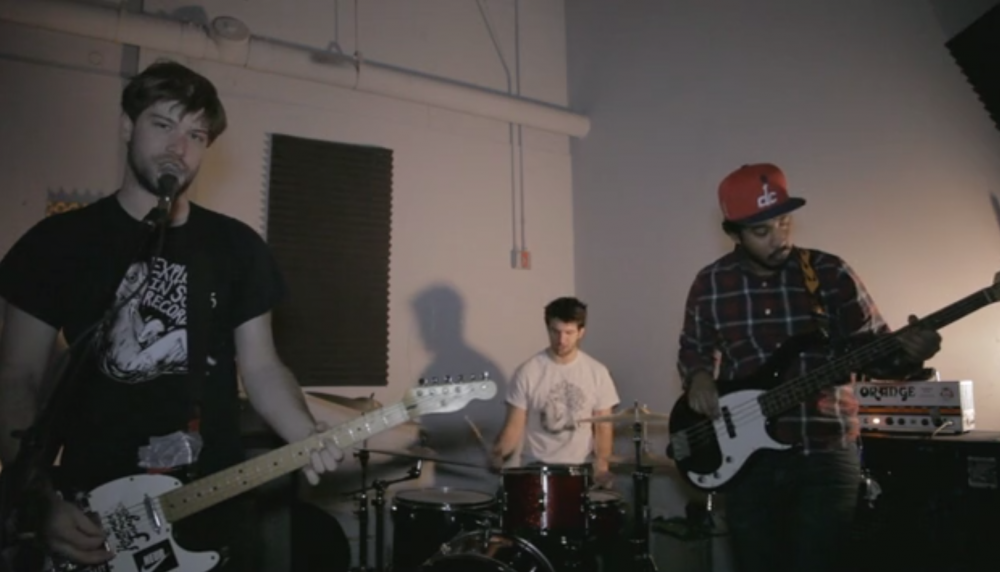 Allston’s very own Grass is Green is like the smart kid in the litter who you send off to boarding school as a type of investment. Let me clarify. Despite being formed in Boston in 2010 by four Berklee students, Grass is Green has developed a dedicated fan base sprinkled throughout the country thanks to endless touring and an extremely different sound. They’ve also made a lot of musician friends, who comprise this week’s guest playlist. Drummer Jesse Weiss describes it as songs by bands who have inspired Grass is Green through the years, “many of whom have not garnered the widespread recognition that we feel their musicianship and influence are deserving of.”

The songs on the band’s most recent album “Vacation Vinny,” which was released yesterday on Exploding in Sound Records, are reflective of a high musical IQ. There are plenty of breakneck guitar tones, scraping up a good deal of ’90s post-punk charm, but there is also a level of precision. Starts and stops that are on point, strategic peaks and cliffs within the album’s tracks, and a playful but calculated mess of time signatures on some tunes. But when the band locks in a groove, their explosiveness is unrivaled, which makes “Vacation Vinny” all the more worth your ears.

The band is currently on tour, but “Vacation Vinny” is available now digitally or on 12-inch vinyl. Check out “Vacation 2.0” from the album above, and if you dig what you hear, head to the Cambridge Elk’s Lodge on Jan. 25 to help them celebrate the release along with Ovlov, Krill, Palehound, and Trespasser. Check out this week’s mid-week playlist below.

“One of our favorite bands and one of the most under appreciated bands of the ’90s. Catchy songs, incredible drumming, and beautiful melodies. Recently, they played a few shows and even played on ‘Jimmy Fallon.’ I hear there are talks of a new album.”
“Recently defunct, this is a Toronto band that Jesse saw for the first time at SXSW 2010. It was one of the most mind-melting performances he had and has ever seen. This is the first track off their stellar album, ‘Black Square.’ Four-fifths of the band recently formed another amazing band, Absolutely Free.”
“Dischord is a band from the ’90s that moved to a major label to release their quintessential album, ‘Pony Express Record.’ This is a must-have for any discordant rock enthusiast.”
“One of many incredible musical endeavors the Kinsella family has given us (most famous for Joan of Arc). This particular project is one of our faves. This is the first track off their incredible album, ‘Going to the Bone Church.'”
“Jammy, post-punk from the early ’80s. Liquid Liquid is an entrancing band from NYC that brought us the infamous bass line from Grandmaster Flash’s, ‘White Lines.'”
“Hammer No More the Fingers are an incredible band from the tri-cities in North Carolina. Their memorable hooks and beautiful melodies result in incredible songs that get stuck in your head for days, weeks, and eventually forever.”

Looking For Bruce by Hammer No More the Fingers

“’90s shoegaze champions, this Boston band is a recent find of ours. This band was truly ahead of its time as far as songwriting and production goes. All of their recordings sound so good. That coupled with strong songwriting leave you with an incredible auditory experience.”
“One of our favorite bands, poised for an incredible career, ended tragically with the death of lead singer Tim Taylor in 1997. Having a widespread influence on bands such as At the Drive-In and Nine Inch Nails, this band is like a, ‘dark secret you can discover,’ as The Mars Volta’s Cedric Bixler-Zavala puts so eloquently.”