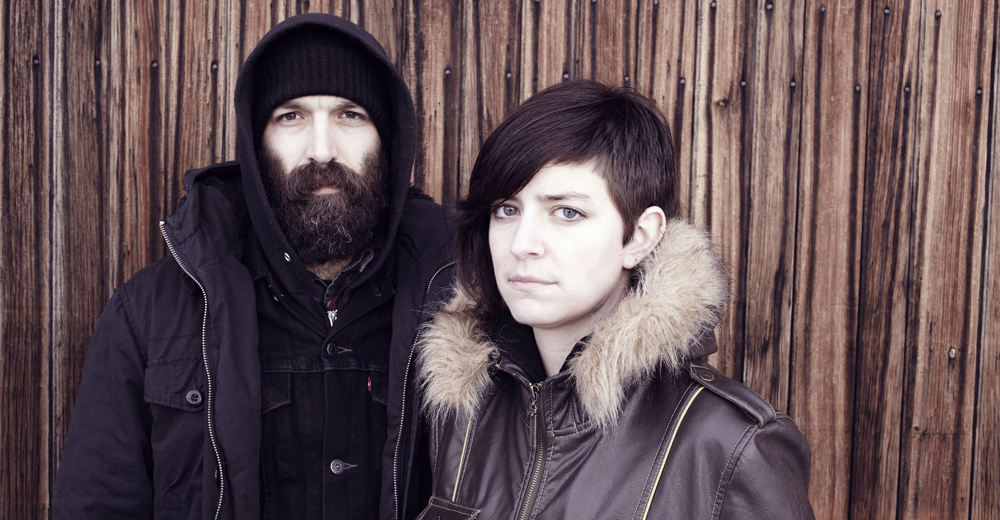 As a close follower of New England’s music scene, I have come to find something extremely special about Rhode Island’s music community. Perhaps it’s the state’s small size that lends itself to an underdog mentality, but it is clear to me that the state carries an enormous sense of pride for its local musicians. This was apparent when Deer Tick swirled out of Providence a few years ago, is clear as day each year when Newport Folk Fest rolls around, and can be seen from up here in Boston when smaller bands bubble up to play shows, often carrying the accolades of bigger Rhode Island bands with them.

But just like Rhode Island embraces and celebrates its artists, this week, it mourns the loss of one of its best. David Lamb, one half of the Providence-based Americana group Brown Bird. Known as a poignant lyricist, a purveyor of curious influences, and a throaty, soulful vocalist, Lamb was diagnosed with Leukemia early in 2013, and on Saturday, succumbed to the battle. He leaves his band, which includes his wife, MorganEve, but also a legacy as a genuine performer with a soft spoken but kindhearted performer.

Fellow artists within the New England music scene and beyond have voiced their thoughts, thanking David for his gift, and extending their condolences. Some have even gone so far as to organize a tribute show tomorrow night at the Columbus Theatre in Providence.

We’d like to send out condolences and respect to the friends and family of Dave Lamb. RI lost an… http://t.co/WVy3fOimGJ

Farewell to one of my favorite musicians, purest inspirations, and greatest friends. I love you… http://t.co/Fp4Y2SOkhC

So grateful that such a strong community exists and thrives. Praying for Dave. @brownbirdmusic @BillsvilleHouse https://t.co/AzwJ89THX2 — kingsley flood (@kingsleyflood) April 5, 2014

RIP Dave Lamb of @brownbirdmusic. We feel blessed to have met this kind, good soul. Our thoughts are with MorganEve & Dave’s family.

RIP dave lamb! you will be missed

Perry Eaton writes for Boston.com. Perry Eaton talks on the radio with me from time to time. Today, he talked to me about what he’s been listening to and some upcoming shows and festivals worth checking out. Click here to read more. END_OF_DOCUMENT_TOKEN_TO_BE_REPLACED

In some ways, Palehound has always had a home in Boston. END_OF_DOCUMENT_TOKEN_TO_BE_REPLACED

Kal Marks is the kind of band that sneaks up on you. Whether you’re experiencing them at some basement show in Allston, or in an opening set for Pile at Great Scott, you may not see them coming, but they’ll immediately click. The combination of heavy sludgy riffs and lead singer Carl Shane’s unique crooning bowls you over. It’s dark and it’s compelling, but most importantly, it’s really earnest. END_OF_DOCUMENT_TOKEN_TO_BE_REPLACED

It’s not very often that some of the most talented performers in Boston are set to grace the same stage in a single night. This Sunday marks the 1 year anniversary of Mind Spray, a local hip-hop open mic and showcase series devised by promotion and booking company The Brain Trust. END_OF_DOCUMENT_TOKEN_TO_BE_REPLACED

There’s been a lot written about Street Dogs evicting a group of neo-Nazis from the pit at their House of Blues, Anaheim show on St. Patrick’s Day. You don’t need to read any of it. Just listen to front man Mike McColgan tell the story. He talks about joining his old band, Dropkick Murphys, on stage in Boston last week, too. END_OF_DOCUMENT_TOKEN_TO_BE_REPLACED

It’s not her best. END_OF_DOCUMENT_TOKEN_TO_BE_REPLACED

When in Nashville, do as the locals do. Since relocating to Tennessee a few months ago, this seems to have been Steven Tyler of Aerosmith’s approach after announcing in an October Twitter Q&A session that he intended to record a country album, an endeavor he’s well in the process of completing. END_OF_DOCUMENT_TOKEN_TO_BE_REPLACED

“I’m Shipping Up To Boston” just turned ten years old. Boston.com’s Matt Juul put this piece together on the history and significance of the Dropkick Murphys song, then joined me in studio to talk about it. END_OF_DOCUMENT_TOKEN_TO_BE_REPLACED

Boston is a city known for it’s Irish heritage, and it’s celebration of it. Two main traditions have held strong in Boston: the St. Patrick’s Day Breakfast and subsequent Parade. But I argue there is a third now: seeing the Dropkick Murphys at the House of Blues during their multi-night March Residency. END_OF_DOCUMENT_TOKEN_TO_BE_REPLACED

Sure, you might see a punk show on Monday and a chillwave band on Thursday and so on, but usually you favor one sound over another because you’re a busy bee and time is honey. It’s been the same for years, and the Prefab Messiahs can vouch. END_OF_DOCUMENT_TOKEN_TO_BE_REPLACED