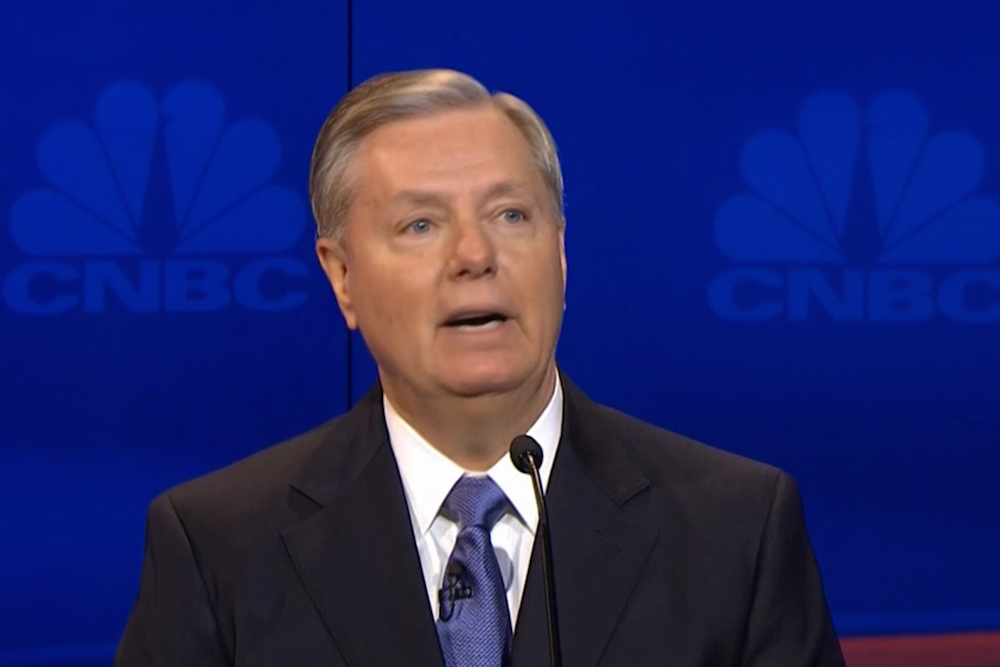 South Carolina Senator Lindsey Graham was deemed by many to be the winner of the early Republican Presidential Debate this evening on CNBC. Graham blasted President Obama on foreign policy, needled fellow undercard candidates on their conservative bonafides, and most importantly for some New Englanders, declared himself a Tom Brady fan.

During one of the debate’s final questions, moderators asked the candidates about their favorite sports teams. Rick Santorum, the former Pennsylvania senator, gave a shoutout to Steeler Nation, while former New York Governor George Pataki predicted good things for the Mets in game two of the World Series tonight.

Graham, instead of pledging his allegiance to the University of South Carolina Gamecocks or the Carolina Panthers, took a self-aware pandering route, saying, “I want to win New Hampshire, so go Tom Brady. Go Patriots.”

Some on Twitter were unimpressed by his lack of hometown loyalty.

Of course Lindsey Graham would root for Tom Brady over his home state's NFL team, because pandering. #GOPDebate

The pandering is strong with this one: Lindsey Graham hypes Tom Brady and the Pats, because New Hampshire #GOPDebate

But for some Patriots fans, “Go Patriots” were the only two words they needed to hear during the hour-long debate.

Lindsey Graham said "Go Tom Brady, go Patriots." Now my vote is between him and Trump until someone else steps up as pro Brady.

This isn’t the first time Graham has opportunistically stumped for the Patriots, either. When Judge Richard Berman initially vacated Brady’s suspension, Graham was ready with warm congratulations.

This ruling is one small step for the rule of law & one giant leap for the @Patriots. Well done Judge, good luck #TomBrady

Lindsey Graham reacted excitedly to the Tom Brady news. I said, "Arent' you a Panthers fan?" "Not in New Hampshire," he said.

Recent Public Policy Polling numbers show Graham earning 1% of the vote in New Hampshire. Whether his strong performance and strong adulation of Tom Brady will shift his poll numbers in the Granite State remains to be seen.