Linda Belcher of ‘Bob’s Burgers’ May Be Voiced by a Man, but She’s One Hell of a Woman 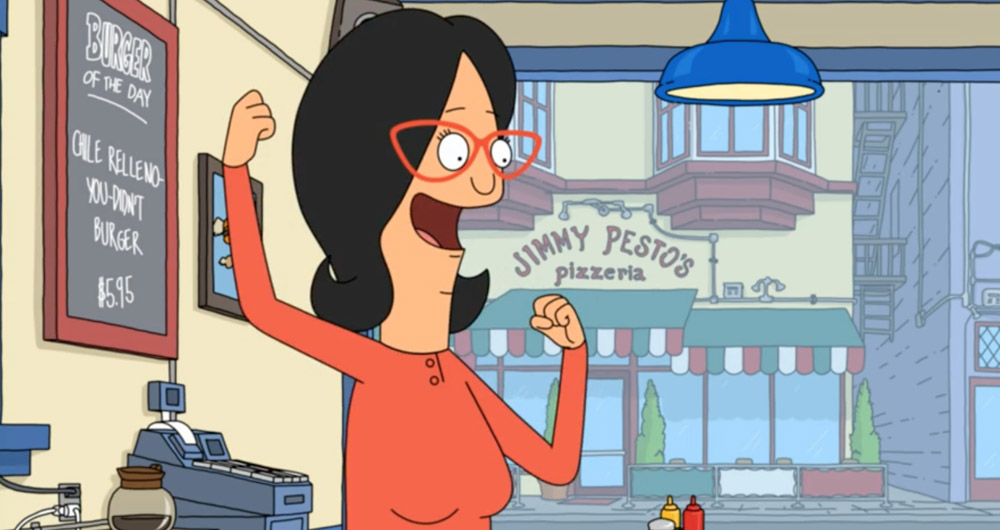 Sitcoms rely on classic tropes that often end up reinforcing harmful gender stereotypes. Few TV shows do this as much as outrageous cartoon sitcoms like “Family Guy,” “American Dad,” and “The Simpsons.”

I love the aforementioned cartoons, and watch them frequently (read: have seen every episode twice), so growing up to realize that the creators and writers seem to be projecting their weird issues with women on the female characters was a huge disappointment.

But then Bob’s Burgers premiered. Recently renewed for a fifth season, this show has been lauded for the character Tina, her overt feminism and unabashed puberty. Tina is easily one of my heroes, but the praise she’s garnered leaves Linda, the mom, overlooked. Here are some reasons why Linda should also be your feminist icon.

Probably the best thing about Linda is that she’s an actual mom. Marge Simpson is great, but what mother of three, one under one, is that tiny and wears a strapless dress every day? Gravity is hard. If you fit that description, color me impressed, but if you’ve birthed multiple children, chances are good that you have a different body type.

Linda is far from overweight, but noted in a recent season four episode that she’s a size 10 (American average is 14), and has previously complained about having a muffin top.

Husband Bob summed it up nicely: “You know who doesn’t have a muffin top? People who work out all the time and don’t have three kids.”

In “The Simpsons” and “Family Guy,” the dads are the ones who drink and hang out with their friends. In Bob’s Burgers, Linda gets the party started. In one episode, she brings Schnapps to a school dance (perhaps not advisable), and in another, she hosts a “lady toy” party. Linda knows what’s up.

Linda should be in on the #FreeTheNipple campaign. In the season two finale, she flashed her chest on live TV to shut down a talk show, and Bob and Gene flashed their man boobs in solidarity. Season five: Linda takes on Instagram’s anti-boob policy?

The writers of Bob’s Burgers should be commended for writing a dad character that willingly and gladly hangs out with his kids – and not just the son. I’m not sure why the whole “dad begrudgingly tries to bond with child,” cliche is still used so often. It’s boring and very ’50s. It’s way more fun to watch Bob have legitimate, heartfelt interactions with his son and daughters, sometimes while running from security officers.