Lesson of the pumpkin beer debate: No one is ever right 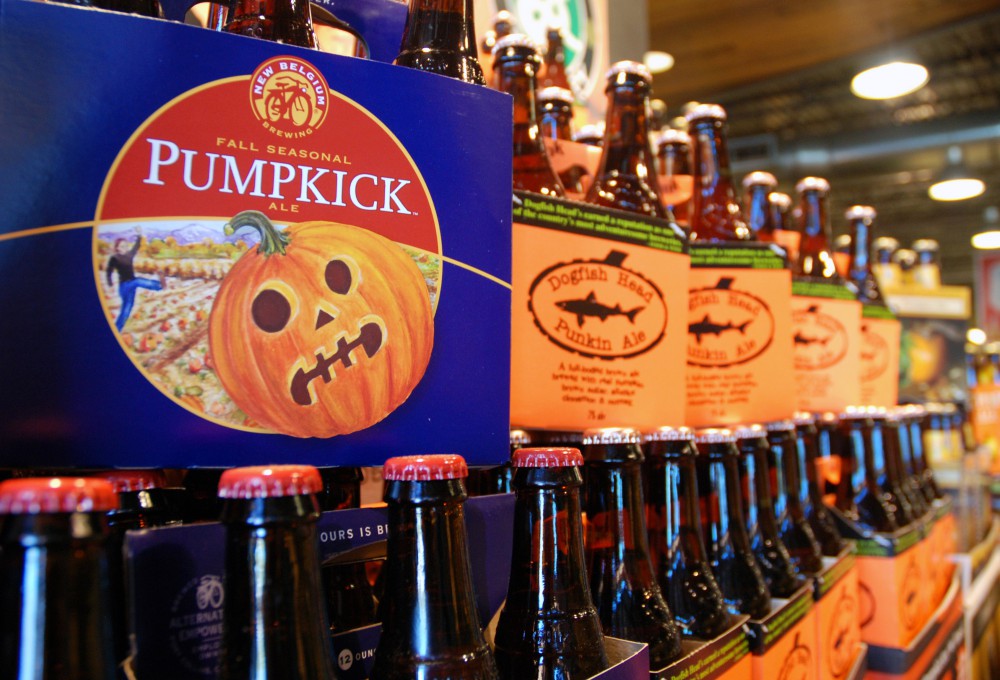 There are two opinions on pumpkin beer. There are those that will be at Cambridge Brewing Co. this weekend for the sold out, sixth annual Great Pumpkin Festival. Then there are those who loathe pumpkin beer so much you might see them outside with “GOD HATES PUMPKINS” signs (alternatives to pumpkin beer can be found here). Depending on which side you ask, the other is an enemy of the state and deserves to be abandoned at sea. So, who’s wrong? Everybody.

The heated debate over pumpkin beer is no longer brewing (sorry) beneath the surface after Buzzfeed posted a story about Beer Advocate taking a jab at pumpkin beer enthusiasts, which likened them to those who fancy mullets. Predictably, the tweet elicited reactions both supportive and of the war-mongering variety.

The Buzzfeed story notes that craft seasonal brews, which include many different pumpkin beers, sell quite well this time of year — surely that’s a sign that they’re good. Wrong. Good is bad. Always has been. The surest way to measure objective awfulness is to note its objective success. It’s Cynicism 101 really. As Jeff Wharton, co-founder of Drink Craft Beer said, “It’s one of those symptoms of the club being blown up.”

“I remember when people were stoked when pumpkin beer came out,” he added. “But you can’t have a big, popular mass event without the haters coming in.”

And what is pumpkin beer if not part of a big, popular mass event? Ignore beer for a moment. A pervasive all-pumpkin-everything cultural tsunami washes over us every fall and it’s enough to leave even Jack Pumpkinhead itching for something different. Like hearing Christmas songs on the radio before you’ve even finish your Halloween candy, pumpkin-mania seems to start earlier and earlier every year. And it can be a little annoying.

But back to beer. Pumpkins are seasonal so it’s reasonable to ask, while sipping a pumpkin brew in early August, “Is this real pumpkin I detect or did you just jam some spice in a keg and drop my glass in a tub of cinnamon?” It’s a fair question. That said, right now, pumpkins are in season. If you look, you’ll find brews made with them — real beer that doesn’t rely on a cinnamon rim to pique your interest.

The best part of this debate is that those who feel most strongly that the whole style is some marketing gimmick aren’t typically the types who prefer macro-brews, but rather those with a passion for craft beer. But it’s their beloved craft breweries who are some of the primary offenders.

While Blue Moon and Shock Top (owned by MillerCoors and Anheuser-Busch, respectively) trot out their pumpkin offerings annually, that stuff isn’t craft, at least according to The Brewers Association of America definition of craft beer. No, it’s the genuine, by-the-book craft breweries that put out pumpkin beers earlier and earlier every year and it’s craft drinkers (some, that is) who refuse to imbibe despite their undying support for the business itself. There’s certainly nothing wrong with despising a product put out by a brand you otherwise dig, but it’s at least a little noteworthy (and amusing) that the brewers beer snobs love offer the crap that beer snobs hate.

The main point is, as Wharton says, don’t let anyone else’s opinion dictate what you drink. The heart wants what the heart wants.

“Craft beer is meant to be enjoyed, so enjoy it,” he said.

Unless of course someone else’s taste buds are dumber than yours, in which case you should definitely make fun of them on Twitter.

Enter to win a pair of tickets to attend The Hess Collection Seminar and Dinner as part of Boston Wine Festival 2018 at the Boston Harbor Hotel on Wednesday, March 14th. END_OF_DOCUMENT_TOKEN_TO_BE_REPLACED

This year, the festival is welcoming more female wine producers than ever before, making up 20% of all winemakers that will be at the festival. END_OF_DOCUMENT_TOKEN_TO_BE_REPLACED

The holidays are here, so raise a glass. END_OF_DOCUMENT_TOKEN_TO_BE_REPLACED

‘Tis the season to mix a nice, stiff drink. END_OF_DOCUMENT_TOKEN_TO_BE_REPLACED

Warm up with Tito’s on your sweater and Tito’s in your glass. END_OF_DOCUMENT_TOKEN_TO_BE_REPLACED

There’s a ton going on at Idle Hands in Malden this spring. Dan McDonnell and Josh Deering joined me in studio to talk about Maifest, what’s new in the Taproom, and their collaboration with The Black Ale Project. Oh, and don’t miss Idle Hands at BeerAdvocate’s Microbrew Invitational next month! END_OF_DOCUMENT_TOKEN_TO_BE_REPLACED

Giovanna Guzman is the marketing coordinator at Kings Bowl, who you can visit in the Back Bay, Burlington, Lynnfield, Dedham, and soon in the Seaport. We talked beverages, naturally, seeing as it’s Thirsty Thursday. And we sampled sangria. And it was soooo good. END_OF_DOCUMENT_TOKEN_TO_BE_REPLACED

These five words might change your life: Farmer Willie’s Alcoholic Ginger Beer. Co-founders Nico Enriquez and Max Easton were in studio with me this morning. Nine-packs and kegs of Ginger Session coming next week! END_OF_DOCUMENT_TOKEN_TO_BE_REPLACED

Chef Avi Shemtov–he of the Chubby Chickpea and Single Guy Cookbook–was back in for a visit this morning to talk about his latest venture. TAPPED is a mobile beer catering company that specializes in on-site draft pours of both craft beers and mainstream brands. Thirsty yet? END_OF_DOCUMENT_TOKEN_TO_BE_REPLACED