Remembering Leonard Nimoy: A Look Back at His Time in Boston’s West End 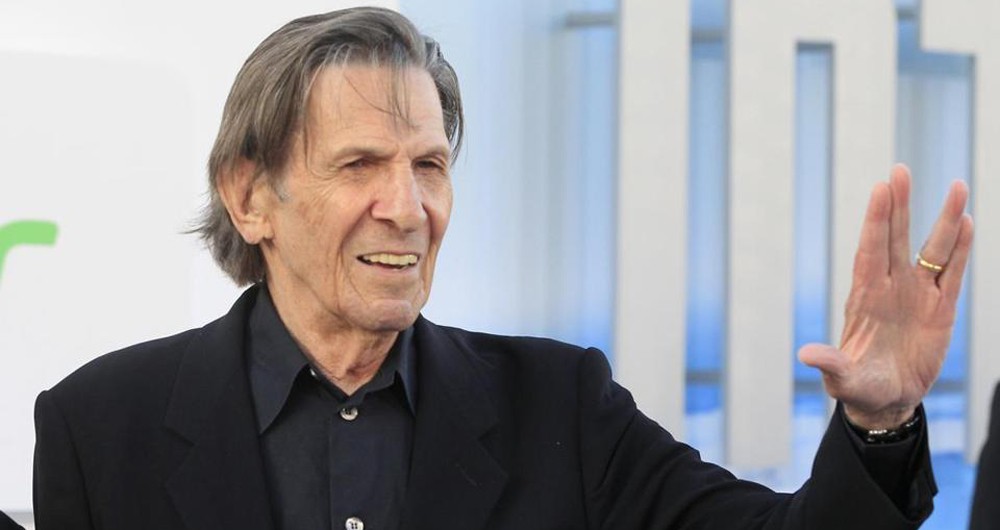 UPDATE (12:30 p.m. 2/27/15): Actor Leonard Nimoy has passed away at age 83 in his home in Los Angeles. Nimoy had been admitted to the hospital earlier this week with chest pains. His wife, Susan Bay Nimoy, confirmed that the cause of death was end-stage chronic obstructive pulmonary disease.

Off of Cambridge Street downtown is the Charles River Plaza Shopping Center, a small complex in a compact area where medical workers from Mass General and residents of Beacon Hill can park their cars and buy groceries at Whole Foods. What they might not know, however, is that the land they are walking on was once a bustling residential neighborhood, razed in the name of urban renewal, which displaced families and residents, including actor Leonard Nimoy, known most famously as the half-Vulcan, half-Human Mr. Spock, second-in-command of the U.S.S. Enterprise.

“I was born in the West End area that is now highrise Charles River Park,” Nimoy told Globe TV Critic Percy Shain in 1963. “Chambers Street, where I lived, is flattened now and about the only thing left of my neighborhood is St. Joseph’s Church, which was 75 yards from my home.” 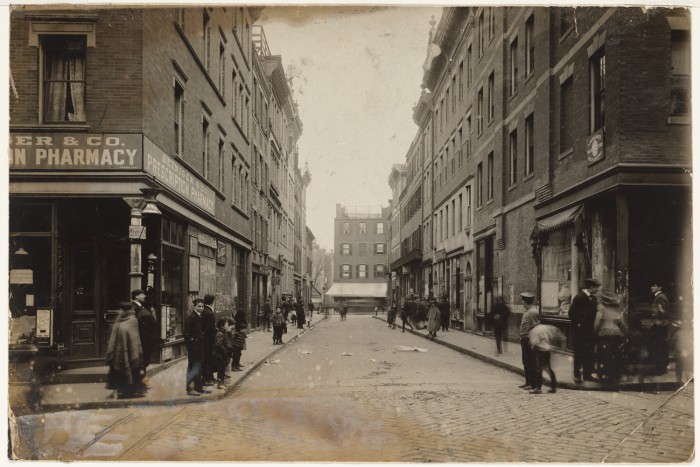 The West End stretched from Cambridge Street to the original Boston Garden, but the shopping center itself was built over what was once Chambers Street, where Nimoy’s childhood home stood.

The neighborhood was a melting pot of ethnicities and religions, including Irish, Italian, African-American, and Jewish communities that shared the common goal of community. Today, all that remains is St. Joseph’s Church, the original Massachusetts General Hospital building, one last tenement building off Red Auerbach Way, and across it the West End Museum, which, operated by executive director Duane Lucia (founder of Gallery East,) does its best to memorialize the neighborhood and keep the families in close contact.

Nimoy visited the museum earlier this year with his son, who shot a short film for WGBH titled Leonard Nimoy’s Boston. The program brought Nimoy around to different locations in Boston, from the corner of Washington Street and Boylston Street where he sold vacuum cleaners, to the old West End, which barely resembled anything close to the neighborhood that once existed.

Nimoy was born to Max Nimoy, a barber who also worked making leather patterns for luggage. By the age of 10, young Leonard was hustling newspapers on the Boston Common. His parents would have liked him to go into a profession that would allow Nimoy to live a comfortable life, but his experiences in the West End pushed him towards theatre.

In Percy Shain’s 1963 Globe article, Nimoy talks about the time he spent at the Peabody Playhouse, where children took acting classes and put on productions for the West End community.

“I went into acting at the Playhouse more because I was an active kid and wanted something to do, than because I was stage struck.”

He told Boston University’s Class of 2012 during a commencement speech that “It was a community settlement house which was created to help immigrants find their way into the culture. They offered classes in language, cooking, shopping, kitchen sanitation, dental care and how to apply for a job. There was a gym and a sports program, and there was a small gem of a theater.” Today, the Elizabeth Peabody House is located in Somerville and continues to encourage children to let their creativity drive them.

It was at the playhouse that Nimoy caught the eye of a drama professor from Boston College. He was awarded a scholarship to study at the school for a couple months in the summer before leaving for the west coast, but even out there it seemed like Massachusetts caught up with him.

Shain’s article offers another anecdote of Nimoy’s, of the time he was working as a cab driver in Los Angeles, and how one of his fares was excited to learn that they were from the same city.

“For two months I drove a cab. This was after I had gotten out of the service. One of my fares was the late President John F. Kennedy, then a senator, in Los Angeles for the 1956 convention. When he heard I was from Boston he bombarded me with questions. He was fascinated with the subject of immigration. When did my folks come over from Russia? Why? What did they do when they got here? How did they make a living? It seemed so important to him to get all the answers.”

Nimoy’s childhood brought him to another Boston institution that still exists today. Now located on Allston Street in Allston, the West End House is a community center that offers educational and cultural programming for children in the area. In the first half of last century, it was on Blossom Street, one of the few streets that still exists and today is the location of Shriners Hospital for Children. According to a 2006 newsletter for the West End House, Nimoy credited the programs for teaching him a variety of skills, including public speaking.

Before the Boston Phoenix folded in 2012, Nimoy spoke to S.I. Rosenbaum about the West End in great detail, including how his passion for photography started after a friend gave him instructions on developing film. “There were six of us living in the apartment with one bathroom, and that was my darkroom,” he told her.

Nimoy has been a photographer since, even going back to school in 1971 to study photography. He now uploads his work to his website and holds shows at various galleries across the country. Last spring, Boston University’s Sherman Gallery held “Leonard Nimoy: Secret Selves,” which displayed some of his work.

In addition to the WGBH program, Nimoy also narrated a documentary on the Vilna Shul, located on Beacon Hill. He was featured in a two-hour interview about the West End and its effect on his life produced by the Yiddish Book Center for its Wexler Oral History Project.

Nimoy’s most notable narration work in Boston is undoubtedly the New England Time Capsule, an introduction film that was shown before features in the Museum of Science’s Mugar Omni Theater. The film is hard to find online, other than two or three bootlegged cam-versions. Hopefully the MOS will one day upload it in its entirety, as it is a gem of 1980s Boston. 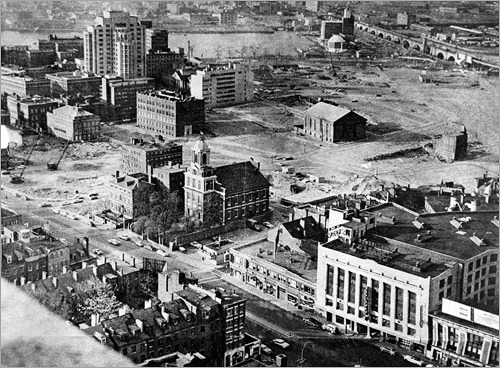 The West End may not exist anymore, but the spirit and stories are kept alive and well at the West End Museum. Nimoy might not have lived in Boston in over sixty years, but his journey, as well as the five-year-journey of the USS Enterprise, would not have been the same if he wasn’t a Boston kid.

Spock has an emotionless Vulcan side, which is something many in Massachusetts can relate to. But just like a Bostonian, he also has his human side — his love for friends, work, and his journey. And it’s the love of friends and family that allows the memory of the West End to live long, and prosper, even decades after being torn apart.

Enter to win a pair of tickets to attend The Hess Collection Seminar and Dinner as part of Boston Wine Festival 2018 at the Boston Harbor Hotel on Wednesday, March 14th. END_OF_DOCUMENT_TOKEN_TO_BE_REPLACED

Always a pleasure to have Boston.com’s Perry Eaton in studio for a chat. After we talked a bit about Pearl Jam at Fenway and Perry’s new podcast, he filled us in on Game of Thrones live and Narragansett’s new Bananagrams-themed brew. END_OF_DOCUMENT_TOKEN_TO_BE_REPLACED

No, not from afar, from the comfort of her couch. From the actual awards themselves. That’s where Meredith Goldstein was for the Oscars. She shared all the juicy, first-hand details with me. END_OF_DOCUMENT_TOKEN_TO_BE_REPLACED

It was wonderful having our good friend Meredith Goldstein back in studio this morning. She dug into the latest edition of Love Letters, which prompted us to play this song. And of course we had to discuss the Oscars. Make sure you’re following Meredith on Twitter, as she’ll be live-tweeting the awards this Sunday night. END_OF_DOCUMENT_TOKEN_TO_BE_REPLACED