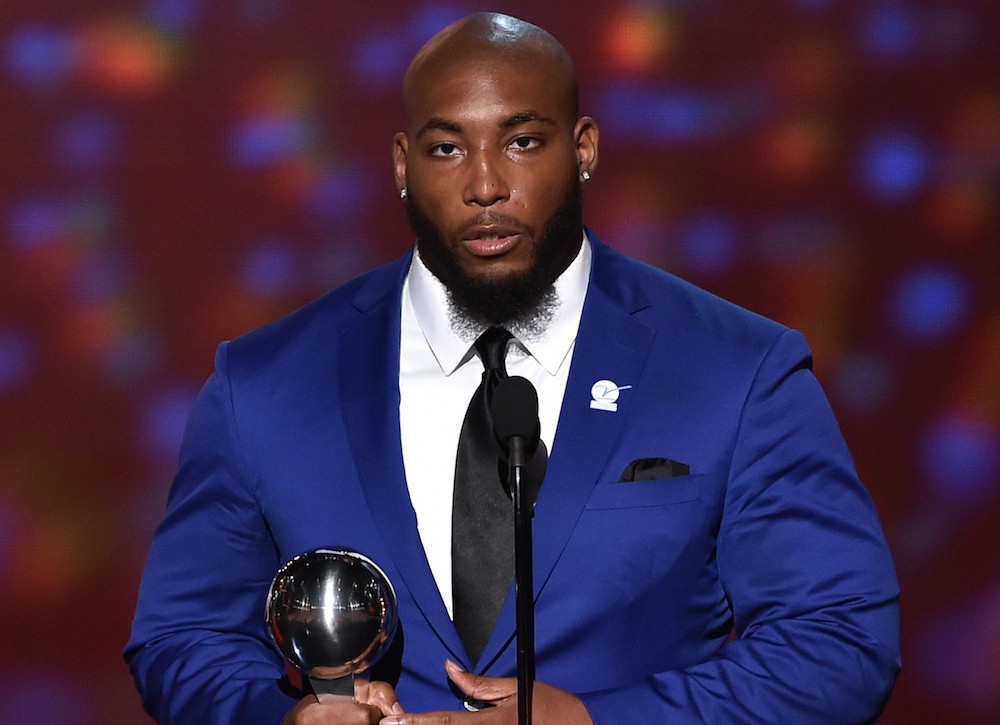 Wednesday night, 5-year-old Leah Still had a giant presence at the ESPY Awards, and she wasn’t even there.

Leah, the daughter of Cincinnati Bengals player defensive lineman Devon Still, was awarded the Jimmy V. Perseverance Award along with her father. Leah has been battling neuroblastoma, a rare pediatric cancer since June 2014.

Pre-surgery pep talk…I might be nervous and scared beyond words but I'll never let her see it…let's get this done!

Devon has spent the past year fighting alongside his daughter and raising awareness for pediatric cancer. He announced in March that Leah’s cancer was in remission.

She’s still undergoing treatment and, unfortunately, Leah’s doctors didn’t clear her to make the trip to Los Angeles for the ESPYs.

Headed out LA with the fam @ashaadore @kerwaa @itonestill We are short one princess but unfortunately the doctors didn't give her the ok because her immune system is still weak. She told me to hold it down for us on that stage so that's what I'm going to do! #LeahStrong #ImTheOnlyMorningPerson #MySisterBetterLeaveThoseDamnHandSignsBackHereInPhilly

But Devon made sure to deliver the feels all on his own. 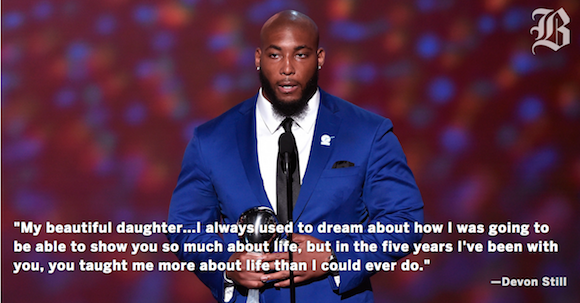 Of course, Leah filmed a quick cameo, which Devon presented at the end of his speech.