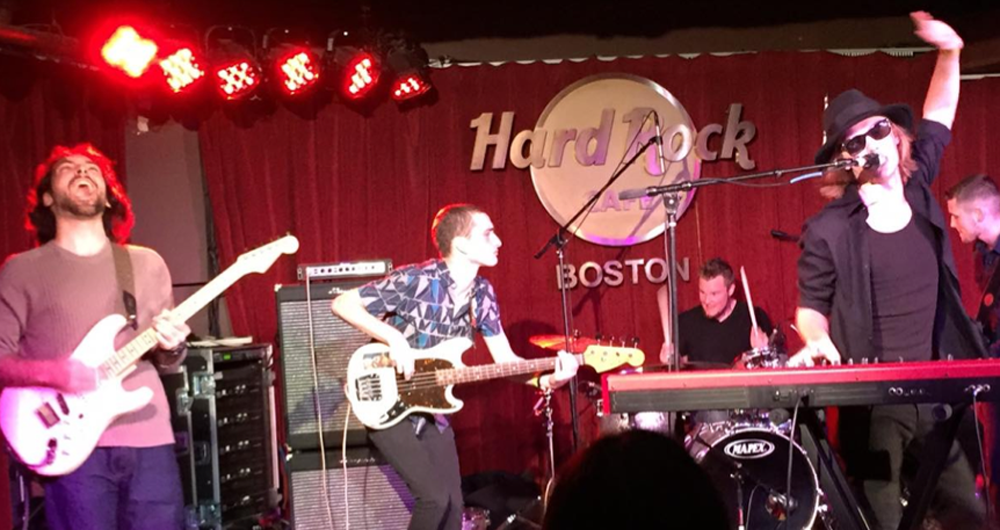 Upon moving to Boston, all I had to was get involved with college radio and fall in love with the basement scene to grow a bit of tunnel vision as far as local music is concerned. It wasn’t until my recent experience with the Last Band Standing, a music competition held by the New England Music Awards, that I realized how out of touch I had gotten with every other genre of music. I think it is my duty to pass on what I learned from each of the seven artists that competed in the final round of the competition, which took place this past Saturday at the Hard Rock Cafe.

I am certainly not claiming that my music taste drastically changed as a result of the Last Band Standing, but I do think it’s important to emphasize the importance of college kids, like me, who exclusively seek out shows based on genre, to be exposed to the full span of local music available to us: music that deserves a lot more attention and a lot more love.

If college students had to RSVP to a concert featuring the Tymes, based solely on a picture of the band, I dare say the majority would say no. The Tymes look and sound like something straight out of the ’70s, which I guess is a turn off for modern young adults. A quick PSA to my peers: you are missing out on some seriously good tunes. The Tymes’ groovy melody produces the type of rock n’ roll that makes every song sound epic. The smooth vocals practically melt into a soulful drum beat. And despite the band’s vintage flare, it still made me feel like a collegiate cliche because something about the performance really got me thinking about life. What could possibly make a better blog entry than “Today I had an existential crisis at a rock show,” right? 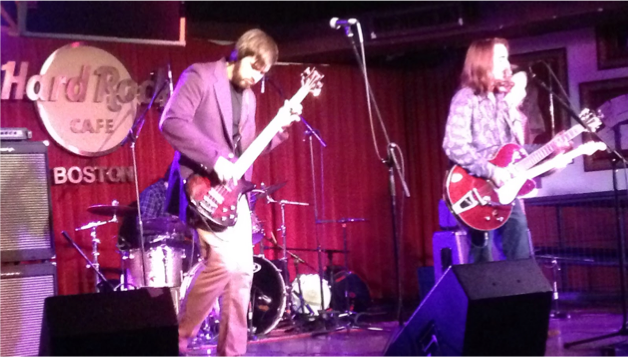 Disclaimer: opening your heart to new genres of music does not mean that your music taste will actually change. I don’t think I will ever truly be able to stomach country music. Anything that could possibly be described as twangy is forever a turnoff, but that does not mean that I stood miserably in the crowd as the Annie Brobst Band performed their country-pop set. Watching from the audience, rather than hastily flipping through radio stations in the car and skipping every country song I come across, put me in a position where I had to pay attention to all of the details that go into creating this kind of sound. It would be total bullshit for me to say that I miraculously fell in love with country music on the spot, but Brobst has incredible voice control and she sings about things that matter. In her personal dedication to a friend in the audience, who serves in the armed forces, Brobst mentioned how happy she is to have the ability to be on stage and do what she loves. After hearing her passionate vocals in “Silent Soldier,” I understood why the judges praised her for “hitting the stage harder than any other band,” and if nothing else, I respected it.

The competition forced me to have even more of an open mind with Last Call. I remember feeling nervous when I saw the band perform for the first time in the preliminary round and they started scratching records on stage. Seeing them perform again in the finals, I remembered why their music worked. Again, I have no use for reggae music in a functional capacity: it does not rev me up or calm me down, I just kind of ignore anything Bob Marley-esque when I hear it. Surprisingly, I think that’s what makes Last Call even more valuable. They aren’t straight up reggae, or straight up pop, or straight up rap. Last Call managed to blend several different influences into a set and, much like in their first performance, the crowd responded with nothing but love. I’m not necessarily going to listen to them as I walk to class, but I would definitely recommend that people who likewise find themselves with repetitive playlists see Last Call live. Even if you “don’t get it,” this side of the local music scene still exists and it will diversify your musical repertoire.

There are more subtle changes of heart, too, that are a bit more attainable, at least for our purposes. Before my coverage of the Last Band Standing, I had a lot of preconceived notions about singer songwriters; maybe it’s PTSD from going through puberty at the same time as Taylor Swift, but I kind of associate singer songwriters with whining. It took two different artists, each with their own distinct sound to set me straight. Apparently singer songwriters don’t have to suffocate listeners with emotions in order to get their point across. Dan Masterson did sing about some relationship sagas-he referenced ex-girlfriends several times during his set, but it didn’t feel like he was trying to punish the audience for his heartbreak. And Matt Fuller managed to sound upbeat throughout his entire set, which was a feat considering he was the last performer of the night. Fuller likewise addressed some semi-dark ideas, ie. “we all get crazy sometimes,” but both of these artists managed to tell their stories in heartfelt and enjoyable ways.

In a previous article, I dubbed Knight the “Coolest Cat Award” and I am happy to say that this title is eternally his. At only 21 years of age, Knight won the competition with his insurmountable stage presence. He was backed by a band known as the Shifty Eyed Villains, who likewise blew up the stage with their instrumental prowess. The take-away from Knight’s performance, and this is a huge heads-up to my fellow college kids, is that iconic musicians don’t have to sound vintage. Certain figures like Ray Charles and Elvis Presley are known as icons in the music world because they were unique; they changed the game. It’s imperative that people my age mix up their music sources because you aren’t going to come across this kind of jazzy rock artist just anywhere.

For me, hands down the most inspiring band in the competition was We Were Astronauts. I fell back in love with rock n’ roll during their set. As they started playing, I thought back to the first time I heard them play and all I could think was “these guys are gonna be huge.” After their performance at the finals, it only solidified that they were a true Boston classic in the making. I have played their music for several of my fellow show-going regulars and it’s amazing how perfectly the indie/classic rock combination in “Outside Boston” fits into our existing playlists. It took no more than a song or two for my pals to agree that we need to enjoy this band as much as we can while they’re still here in Boston. None of us want to be that kid who hears “Golden” on the radio, only to learn that we could have seen We Were Astronauts right here in Boston before they made it big.

It took several nights of the New England Music Awards exposing me to new music to get me out of my punk bubble and realize everything that the Boston music scene has to offer. This is certainly not a criticism to lesser known shows, artists, or venues I have been exposed to over the last year. But I learned so much about a variety of different music genres during the Last Band Standing, and it makes me feel well rounded and informed. It also allowed me to rediscover my rock roots and start looking for new local artists that can add some variety to my playlists; I encourage other people stuck in a musical rut to do the same. You might just like what you find.