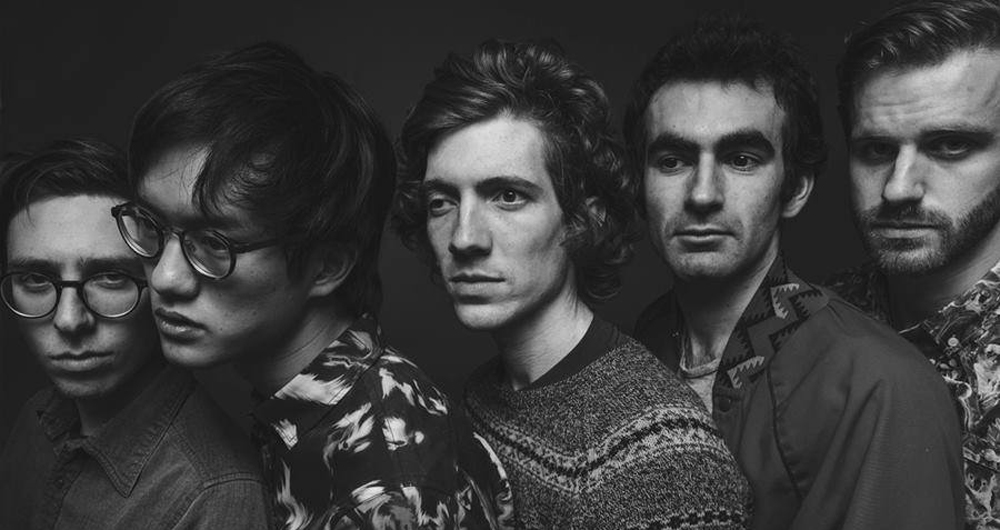 Brooklyn indie rock collective Landlady‘s newest material is both a reflection of its collective musical backgrounds as well as the years the band has been playing together. The songs that will go into “Upright Behavior,” which is due out on July 15 via Hometapes, are a collection of movements and styles, all packed into finely-detailed anthems and curiously orchestrated choruses.

The band, led by Boston-bred everything man Adam Schatz, doesn’t really subscribe to washed-out Bandcamp vibes or fashionably lo-fi Brooklyn tendencies, opting instead to create crisp and boisterous samplings of infectious pop with pride. Songs like “The Globe” give light to instrumentation and robust songcraft, weaving through softened tones and inspired volumes. Schatz, who got his start in various Boston bands over a decade ago, draws in influences from other acts that he continues to play with, such as Man Man and jazz outfit Father Figures, making for a fine buffet of sounds to pull from.

Landlady plays Lizard Lounge tomorrow night, and in anticipation for the show, the band has made our Midweek Playlist, which they call, “Songs We Like To Cook To.” Schatz, who often blogs about food while on tour, knows a thing or two about how to whip up something tasty, and this playlist is no different. Give it a listen, preferably while you eat that sandwich you packed for yourself today, and keep an ear out for “Upright Behavior,” due out next month.

“There’s a few versions of this song out there but this slower tempo is the favorite. Nina hits at the truth more than anyone else.”

RECOMMENDED FOR: When you’re out of almost everything and still want to cook something. And you’re all alone.
“We’re proud to call this band our friends, souring psych adventures and personal musical moments all in one. This one will calm you down, this one will help you push through.”

RECOMMENDED FOR: Avocado salad. 1st half of the day.
“Humor makes the world go round. This song gets the job done. This whole album gets your body feeling ways it should and ways it shouldn’t.”

RECOMMENDED FOR: Risotto or anything that takes a bit of time and intense focus all at once.
“The viking genius we’ll never be. He gives us the jitters.”

RECOMMENDED FOR: Coffee beans.
“These guys were a recent recommendation and slam so hard. Late ’70s funk from members of The Headhunters.”

RECOMMENDED FOR: Cooking without hot oil so that dancing is a safe measure.
“Our guitarist Will was asked for a suggestion and he said he didn’t really cook. After further prodding he confessed that Bach was his breakfast music.”

RECOMMENDED FOR: Waking up.