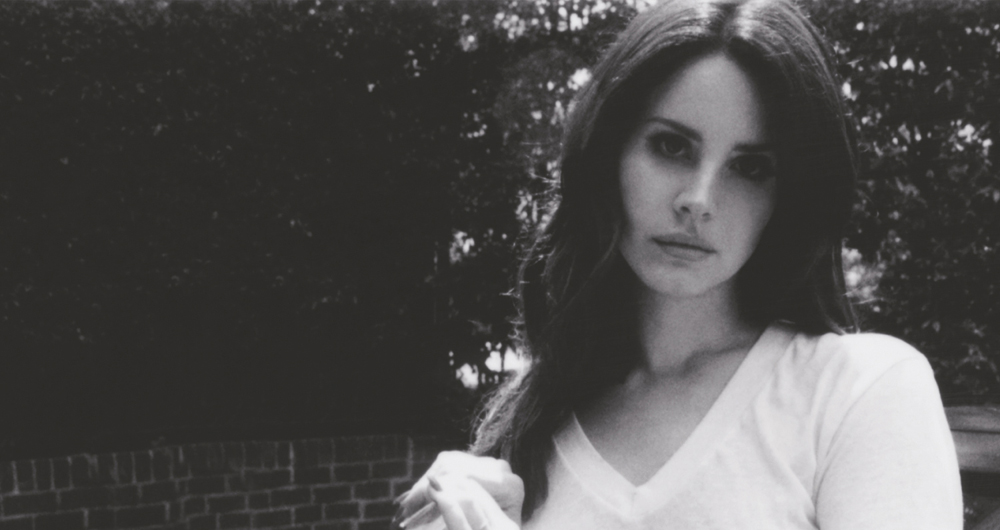 California hard rock vets Linkin Park have always dished out the musical equivalent of ominous shades of grey and Monster Energy Drink fueled games of anime-based card games. But somehow, in some miraculous way, this band has continued to be taken semi-seriously, and I say good for them. “The Hunting Party” tackles no new territory, but it’s smart of the band to recognize its mastery and run with it. Chester Bennington continues to structure songs with sinister and agonizing tones in the verse, only to erupt into maddened buzzsaw screams in the chorus. It’s a recipe that’s found a niche in high school weight rooms and gaming conventions alike. Fortunately, while bands like Evanescence and POD are no longer relevant, Linkin Park is featuring legends like Rakim and Tom Morello on tracks, so “The Hunting Party” clearly has some fuel to it.

Sounds like: Deftones soundtracking a Playstation 2 game, nu-metal that cleaned up and got a job.

-Perry Eaton
The cover artwork to Lana Del Rey’s “Ultraviolence” is yet another flagrant display of the 27-year-old singer-songwriter’s unshakable frown-smile. I’m not going to dwell too long on the lip-locked look, but it does touch on a legitimate issue with the artist—there’s a host of basic human emotions Del Rey is altogether unwilling to display. “Ultraviolence,” Del Rey’s third album, shows off what’s markedly her best vocal work yet. Producer Dan Auerbach of the Black Keys also tactfully shaves off much of the excess of Del Rey’s previous efforts. But while the music itself is much improved, Del Rey’s cold, frown-smile of a sound holds the record back, rendering it not all too different from anything else she’s ever done. The joylessness of “Ultraviolence” is all-consuming.

-John Wiley
Listening to “Familiars,” I could almost feel the Pitchfork-approved word bank of adjectives forming in my mind. Lush. Orchestral. Low-fi. Baroque. Baroque. Baroque. But, despite their distinctly Brooklyn basement aesthetic, the latest from the Antlers escapes the pigeonhole by being a genuinely soothing, gentle listen. It’s like someone put on a Beach House 7″, lit some candles, and accidentally left the turntable on 33 1/2 RPM. Boy, did this tender little LP make love to me.

-Jerard Fagerberg
British-based crooner Sam Smith is probably most recognizable singing guest vocals on Disclosure’s single “Latch,” but he’s poised to break out in a big way. The singer-songwriter not only garnered a “Sound of 2014” nomination from the BBC but multiple BRIT Award noms as well. His debut album, “In The Lonely Hour,” finally drops in the US this week after already being out in the UK for a month. The album highlights Smith’s soulful, lush voice backed by melancholy, but catchy melodies. This is definitely not the album to listen to if you are in a really great mood, but it’s totally going to be everyone’s rainy day brooding in the dark record.

-Michelle Buchman
I saw White Lung open for Iceage in 2013, and if that wasn’t enough to convince me of their utter charisma and power, then their new album, “Deep Fantasy,” has certainly done the trick. With 10 songs, at a total of 22 minutes, the goth-infected brand of punk rock in “Deep Fantasy” hits you hard and fast, but with an energy that makes you both think and thrash. Lead singer Mish Way has her eye on touchy or underwritten subjects like substance abuse, body dysmorphia, sexual politics, and power dynamics and handles them with maturity and raw wit. The music grabs you and holds your eyes open, demanding that you look at the well-defined structures that society builds upon us and beckoning you to tear them down.

-Tyler Cumella
We speak of summer jams liberally, throwing out names like Iggy Azalea and Pharrell Williams because they’re accessible and easy bets. When when that summer party with the stiff batch of gin bucket gets out of hand that the sweat starts collecting and a spin of “Just Be Free” could be the igniting spark to a night of undiscovered undulations and slightly moistened dry-humping. The Queen of Bounce is on a hot streak right now, having finished up a season of his own reality show, and makes it count on this album, drawing a more mainstream audience into the extremely turned-up genre of bounce music. It’s not all chopped up commands either (although there’s plenty of that). Tracks like “Jump On It” and “Where My Queens At” show the type of frenetic drums and bass not found in mainstream hip-hop production and the tension and release tendencies that dubstep lackeys would likely immortalize.