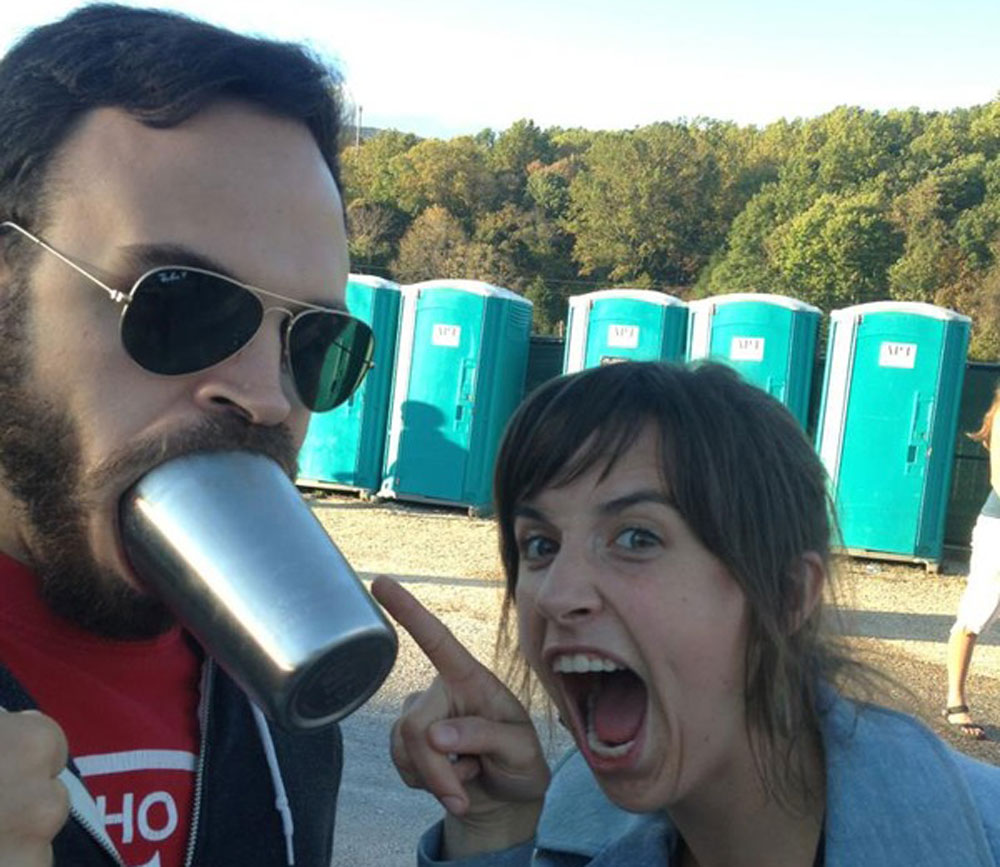 It’s been nearly a decade since the members of Lake Street Dive met at the New England Conservatory and started a “free country” band to fuse the bluegrass, jazz, and pop sounds they adore into a sonic blend all their own. Since then, they’ve scored a record deal with Signature Sounds — which gives them the bragging rights of sharing a label with Josh Ritter and Joy Kills Sorrow, with whom they used to share a bassist — and they left Boston for Brooklyn, though they are returning Friday for a set at The Sinclair.

Lake Street Dive has been busy, spending the bulk of the past few years living on the road, in the studio, or onstage. Last year’s “Fun Machine EP” of covers includes a take on “This Magic Moment” so smooth and sublime it’ll make you forget the iconic original. The self-titled full-length the band dropped in 2010 scored it accolades across the board, with sets at SXSW, sessions at famed Seattle radio station KEXP, and a spot on the star-studded bill that celebrated the music of “Inside Llewyn Davis.” And then there’s the songwriting and performance chops, as the material they’ve been perfecting throughout all of this takes every new encounter, career milestone, and mile trekked on tour and capitalizes on it in a way that makes you downright furious that Rachael Price’s voice isn’t yet as celebrated as Adele’s. Those new songs are the 10 tracks of “Bad Self-Portraits,” due out Feb. 18, and they’ll serve as the backbone to their set list at The Sinclair.

Before they empty their suitcases only to pack ’em up and hit the road again, Lake Street Dive’s drummer, singer, and incredible facial expression-giver (see above photo) Michael Calabrese took a minute to reflect on an epic year before diving (sorry) headfirst into the next one.

Q. Has 2013 been the busiest year for Lake Street Dive yet?

Q. Now, you guys all had additional projects on the side — you played drums in Girls Guns and Glory; Bridget was also playing with Joy Kills Sorrow — but you quit all of that to make Lake Street Dive a full-time thing. Was that a scary move, making the jump to full-time musician status?

A. It hasn’t been too long that we’ve been completely full-time, but it’s definitely helped us refocus our energy. And it was very scary. It seemed like we were hearing about the business from everyone that that’s sort of the only way to see the full potential of the band, which makes sense, to put all our eggs in one basket. At the same time, it was exciting, because Lake Street Dive was the oldest for me and the one I cared about the most. It was the one that was the most creatively satisfying. I think the others in the band would say that, too. In that sense, it was a no-brainer, but it took a lot of internal searching to really find the courage to make that decision.

Q. There are certain sacrifices that you need to make to ensure that you can do this — like moving to Brooklyn — that give you the opportunity to take off to Sweden on tour if you need to at the last minute. (They did that, too.) What was the toughest part in making that kind of a commitment to the band?

A. Honestly, I think the biggest challenge for us was really just settling into this new life, because it wasn’t a paradigm — we were home less and less, and didn’t have alternate creative outlets. It was getting our sea legs, really. Just being introduced to this whole new world was unsettling in a way, because we needed to learn how to do this. I think it’s just getting used to the idea that we’re focused on this 100 percent all the time, and coming to terms with the fact that it is a business in the end. We just have to keep working really hard.

Q. How has that affected the music?

A. It’s re-inspired us to think about this band more often. Bridget was writing a lot for her other project and a lot of the stuff she was writing for that band probably wouldn’t have been appropriate for us. They were two completely different bands. For her, she just had to redirect where that was going. All of a sudden, all of her energy could be put into how this band sounds, the new and different things we could do. I wasn’t writing for the other bands, but I was playing a different style of music and I was listening to a lot of different music on the road with those people, and every band has their own taste. For me, it was nice to have an outlet that was demanding more songs. When you get busier, you need to put out more and more things; you need to be constantly updating your repertoire and trying stuff out and refining your sound and redirecting your influences to the songs you’re writing. Now, it was like there was a demand, and I think the demand has turned everyone in the band into more of a writer that’s focused on keeping the repertoire alive.

Q. When you look back on the year of touring and the creation of “Bad Self-Portraits,” what surprises you about the whole process?

A. It was cool to see everybody pushing their limits and being allowed to open up more than ever before. We had a lot less to worry about what was going to be on the record and how it was going to sound because we finally found a producer. Mike [Olson] really did a great job with guitar playing on the album. He’s become a great guitar player after only playing it for four years. Hearing Rachael really hone in on the intricacies of every song and having to deliver a performance as opposed to nuance, too — Bridget’s always really good at coming up with parts and arrangement ideas in the studio, and we were finally able to open up and explore those things without the pressures of time and the recording process.

Q. What song on the new record embodies where Lake Street Dive is right now, at the close of a banner year and the beginning of a brand new one?

A. “Seventeen.” That was written by Bridget. It goes through a couple different tempos in the song, and it’s sort of an exploration of how we’re handling vibes. She wrote it as a duet, so I get to sing a verse on it. It’s also really fun and dance-y and that’s sort of really what we’re focused on these days. Even if it’s a ballad or an uptempo tune, we want to make sure people are tapping their toes. That song embodies all those things in one.

Enter to win tickets to see Trio Da Kali at The Villa Victoria Center of the Arts (Newton, MA) on April 10th. END_OF_DOCUMENT_TOKEN_TO_BE_REPLACED

END_OF_DOCUMENT_TOKEN_TO_BE_REPLACED

Enter to win tickets to Rhye at The Paradise on February 28th. END_OF_DOCUMENT_TOKEN_TO_BE_REPLACED

END_OF_DOCUMENT_TOKEN_TO_BE_REPLACED

Enter to win a pair of tickets to attend The Hess Collection Seminar and Dinner as part of Boston Wine Festival 2018 at the Boston Harbor Hotel on Wednesday, March 14th. END_OF_DOCUMENT_TOKEN_TO_BE_REPLACED

Her new album has been pushed back, but we have Kimbra’s new single for you. END_OF_DOCUMENT_TOKEN_TO_BE_REPLACED

The folk duo returns with a new record this week. END_OF_DOCUMENT_TOKEN_TO_BE_REPLACED

Now that we’re done looking back at 2017, let’s look ahead at 2018. END_OF_DOCUMENT_TOKEN_TO_BE_REPLACED