Kristen Wiig, Maya Rudolph and Kate McKinnon Will Star in ‘The Spoils of Dying’ 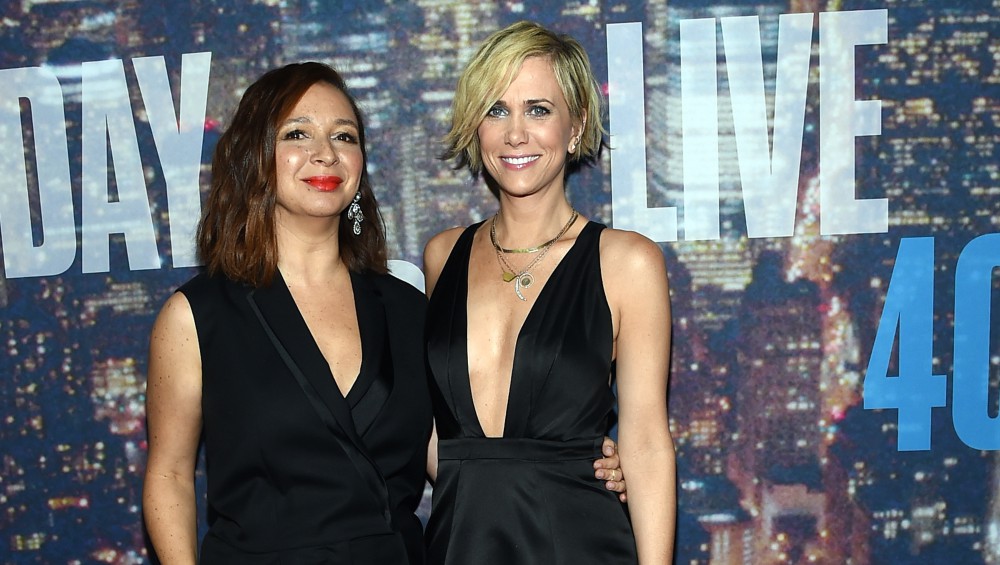 Fans of Kristen Wiig and Kate McKinnon have had no shortage of collaborations to celebrate in 2015, with the Paul Feig directed Ghostbusters cast announced in January and the cast to the followup of popular IFC mini-series The Spoils of Babylon released this week. SNL and Bridesmaids alum Maya Rudolph, Chris Parnell, Val Kilmer, Michael Kenneth Williams and returning cast member Haley Joel Osment will also have leading roles in The Spoils of Dying, penned by Matt Piedmont and Andrew Steele.

If you’ve got a Netflix account and no plans for the weekend, consider powering through The Spoils of Babylon, a pitch-perfect parody of over-the-top ’70s miniseries like Rich Man, Poor Man released early last year starring Tobey Maguire and Kristen Wiig as adopted siblings and star-crossed lovers. While the new series bears a strong resemblance in name, The Spoils of Dying will follow a different story in a similar style from the fictional author played by Will Ferrell, the wine-swilling Eric Jonrosh.

For those who can’t wait another moment to learn more (and who could blame you), here’s the synopsis information that was issued in an IFC release:

Set in 1962 during the height of the Los Angeles jazz scene, The Spoils Before Dying follows Rock (Michael Kenneth Williams) as he becomes the prime suspect in the double murder of singer and his occasional lover Fresno Foxglove (Maya Rudolph) who is found dead in a car with another man. Panicked, Rock splits town for Mexico where he reunites with his one-time big band singer Delores O’Dell (Kristen Wiig). Determined to prove his innocence and avoid the electric chair, Rock and Delores head back to the U.S. on a dangerous journey for the elusive truth. All the while, Rock’s hard charging manager Alistair St. Barnaby (Haley Joel Osment) obliviously pressures Rock to record a mainstream jazz album.

Sex, jazz and Will Ferrell as an obese alcoholic…yup, sounds like the stuff that dreams are made of.

Comedian Myq Kaplan is a comedian named Myq Kaplan. He joined me in studio this afternoon, and he’s at Laugh Boston this weekend. Click here for tickets. END_OF_DOCUMENT_TOKEN_TO_BE_REPLACED

My goodness, I love Sue Costello. It was great having her back in studio today to talk about her one-woman show, #IAmSueCostello, playing tonight at the Revere Hotel. Click here for tickets. END_OF_DOCUMENT_TOKEN_TO_BE_REPLACED

Trump Takes On…Boston! is running now through election night at Laugh Boston. David Carl was back in studio this afternoon to talk about bringing Donald Trump to the stage, the cathartic element (for both him and the audience) and how audiences have been reacting so far. END_OF_DOCUMENT_TOKEN_TO_BE_REPLACED

Trump Takes On…Boston! has arrived at Laugh Boston. I had comedian David Carl, who is portraying Trump, in studio this morning to talk about the show. END_OF_DOCUMENT_TOKEN_TO_BE_REPLACED

Lachlan Patterson made me laugh this morning. Let him make you laugh this weekend at Laugh Boston. Click here for tickets, and click “more” to hear our conversation. END_OF_DOCUMENT_TOKEN_TO_BE_REPLACED

Always a pleasure to have Boston.com’s Perry Eaton in studio for a chat. After we talked a bit about Pearl Jam at Fenway and Perry’s new podcast, he filled us in on Game of Thrones live and Narragansett’s new Bananagrams-themed brew. END_OF_DOCUMENT_TOKEN_TO_BE_REPLACED

It was great to have Alonzo Bodden back in the RadioBDC studio this morning. Don’t miss him at Laugh Boston this weekend! Click here for tickets and info, then click through to hear my interview. END_OF_DOCUMENT_TOKEN_TO_BE_REPLACED