This 7-year-old with kidney disease loves the WWE. So John Cena surprised him in a major way.

Seven-year-old KJ Lamar was born with a non-functioning left kidney and a right one that worked at 40 percent of normal capacity. He had to start dialysis at age 6. 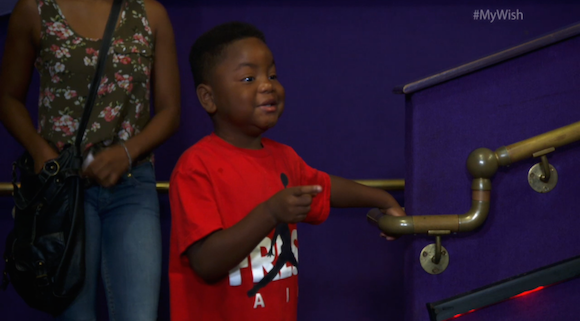 In October 2014, Lamar received a new kidney. Now he takes medicine so his body won’t reject it, and he’s not allowed to play contact sports.

That hasn’t stopped him from becoming an enormous fan of the WWE, though. He’s especially big on John Cena, his favorite wrestler. 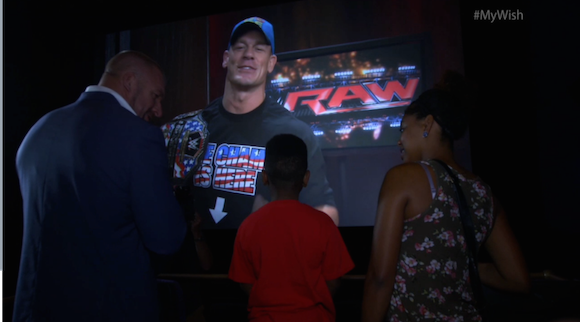 And that’s where Make-A-Wish came in. Cena, who’s granted hundreds of Wishes, met up with Lamar at the Verizon Center in Washington, D.C. There, Cena gave Lamar his own championship belt, played Lamar in a WWE video game (apparently Cena got crushed), and hosted a backstage tour.

Thanks to Cena, Lamar even got to head into the ring during Monday Night Raw.

“Ladies and gentleman, this is KJ,” announced Cena. “And the champ. Is. Here.”