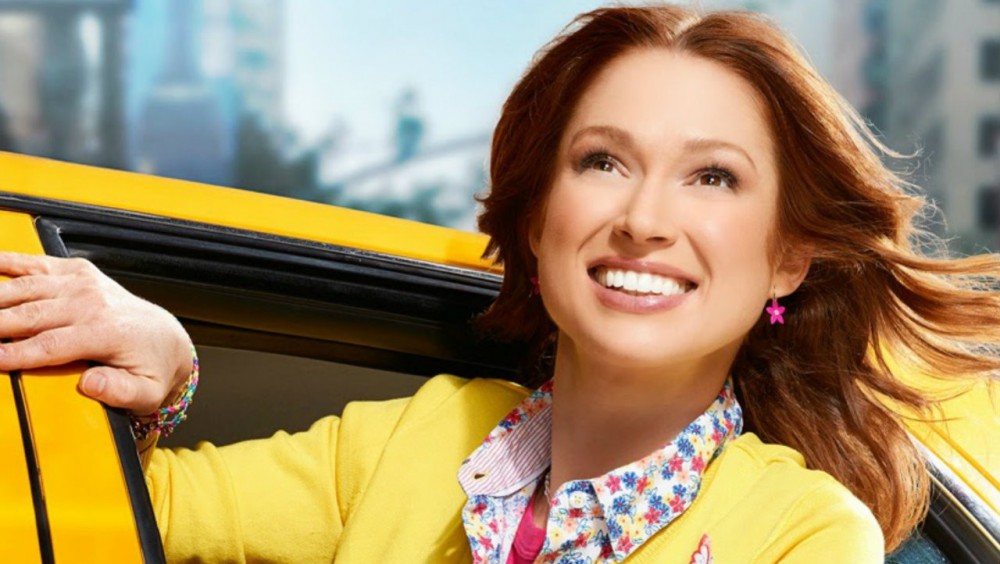 If you haven’t heard about Tina Fey and Robert Carlock’s new Netflix project The Unbreakable Kimmy Schmidt by now, then get out from under your rock and ask yourself the tough questions – does the titular character deserve seven hours of your precious life?

In a high-octane first five minutes, we see the protagonist pulled out of the bunker she’s lived in for the past fifteen years under the guise that the world has ended from a cult leader. Kimmy (Ellie Kemper of The Office and Bridesmaids fame) makes an impulse decision to live in New York and forge her own life instead of living out her fifteen minutes, and it’s this wide-eyed optimism that is the show’s driving force. The Fey and Carlock touch is evident in the show from the highly concentrated joke density to the slightly dated one-liners (“What’s a selfie?”) to Fey’s husband Jeff Richmond’s musical contributions, but is Kimmy Schmidt a worthy protagonist?

The Unsinkable Fish Out of Water
The fish out of water is one of the few character tropes available in the sitcom world, and we’ve seen it executed with varying degrees of success since recorded entertainment has existed. Whether we’re laughing at Will Ferrell’s Buddy the elf traversing New York City in Elf, Tom Hanks’ child-trapped-in-a-man’s-body exploring New York City in Big, or Ellie Kemper’s infinitely positive Midwestern cult transplant…um, trudging through New York City in Kimmy Schmidt, it’s safe to say we all understand this setup.

What I’m saying is, it’s been done – so if you’re gonna do it, you’d better have an interesting spin on it.

Fortunately, Kimmy passes this litmus test with flying colors, though many have made the valid point that it bears a strong resemblance to 1999 comedy Blast From the Past. There’s one major difference between these two projects, though – while Brendan Fraser in Blast From the Past is a self-assured young man who allows other to lead him through the world, Kimmy is ultimately a changing force for the characters around her, including a failed Broadway actor named Titus and a heroin dealing landlady named Lillian. Though she’s got her own flaws (yes, there was “weird sex stuff” in the bunker), her positive attitude makes a difference just as Buddy the Elf does instead of letting her new environment adversely affect her point of view.

More often than not, the fish-out-of-water scenario is dominated with strong-willed guys and/or weaked-willed women. Sure, Drew Barrymore is out of place when returning to high school as an investigative reporter in Never Been Kissed, but she’s repeatedly put down as a loser in a way that Hanks, Ferrell and other fish out of water never are. With Kimmy, Kemper’s leading lady joins these ranks of a misinformed protagonist whose environment learns from her, not the other way around. While there are a few exceptions to this trend (hi, Legally Blonde!), Kimmy Schmidt is definitely a positive addition to the fish out of water landscape.

Does Kimmy Schmidt measure up to Liz Lemon?
Though the characters around her aren’t half the cast that Fey assembled with weirdos like Jack Donaghy, Tracy Jordan and Kenneth for 30 Rock, we see the celebrity producer took measures to have her protagonist treated far more kindly than her own Liz Lemon ever was. While Lemon was constantly made the butt of jokes with her eating habits, over-ambition and penchant for reality TV, Kimmy’s cynical world embraces her weirdness and all the antics it provokes.

While it’s unclear what led Fey to take this new tack on a sitcom protagonist, it’s not a leap of logic to say that she’s likely aware of the criticism Liz Lemon received in the latter days of 30 Rock and the subsequent success of the empowered, capable Leslie Knope on fellow NBC sitcom Parks and Recreation. In many ways, Kimmy is far more a relative to Leslie than to Liz, though her dialogue is littered with the same cultural references and cynicism that Fey is known for.

Kimmy Schmidt may succeed on the protagonist front, but its supporting cast doesn’t hold a candle to 30 Rock‘s. In the first season, Kimmy goes from a bunker survivor to a fully employed nanny with a boyfriend, best friend and resolved legal case under her belt, all of which came about through her own positivity. Though Titus (Tituss Burgess) is a fabulous supporting character as a failing actor, as is landlady Lillian (Carol Kane) and the former bunker girls, characters like Jack, Tracy and Jenna are more clearly defined in the pilot episode of 30 Rock than this cast of characters are in thirteen full episodes.

Repurposing Old Character Tropes
Like other favorite characters from Spongebob to Ferrell’s Buddy the Elf, Kimmy is unquenchably curious and positive, balancing a youthful attitude with a complete confusion with her own surroundings. In one episode, Titus jokingly calls her Ariel the mermaid from her curiosity at the foreign objects around her, and the comparison is pretty on the nose – she’s interested in everything, and that excitement permeates the otherwise cynical backdrop of New York City.

The Unbreakable Kimmy Schmidt is the latest in a recent wave of shows giving popular character types a female makeover. For further evidence, look no further than these two goofballs pioneering the idea of a female slacker comedy:

The 2000s, for better or worse, have been populated with a series of extremely popular slacker shows, but it’s only in the past several years that female protagonists have been embraced as convincing portrayals of the lifestyle. Normally, these kinds of shows are populated with sausage fests like Trailer Park Boys and Workaholics – Amy Poehler-produced Broad City changed that with the same amount of lazy through a new lens.

Where women used to be the harbingers of bitchiness ruining the slacker guy’s fun, now we can all be lumps. Seeing Sarah Silverman’s tight-assed girlfriend in School of Rock to Abbi and Ilana’s ridiculous laziness in Broad City in ten short years is progressive in a weird way – sure, it endorses American laziness to the fullest degree, but at least all of us are entitled to it in the same way that Kimmy can teach us about the world with the same lack of inhibition that Buddy can. 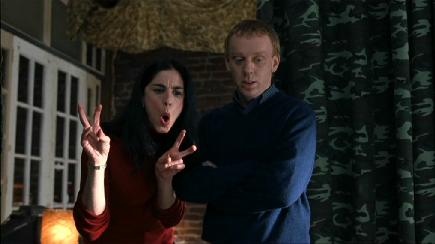 And now, the $7.99/month question…is Kimmy worth the hype? Though the show is not perfect, our answer is a resounding yes. Kimmy Schmidt is worth your time as a pretty original take on a very tired trope. Ellie Kemper brings the leading character to life with grace and ease, and her Fey-injected enthusiasm is undeniable.

Always a pleasure to have Boston.com’s Perry Eaton in studio for a chat. After we talked a bit about Pearl Jam at Fenway and Perry’s new podcast, he filled us in on Game of Thrones live and Narragansett’s new Bananagrams-themed brew. END_OF_DOCUMENT_TOKEN_TO_BE_REPLACED

No, not from afar, from the comfort of her couch. From the actual awards themselves. That’s where Meredith Goldstein was for the Oscars. She shared all the juicy, first-hand details with me. END_OF_DOCUMENT_TOKEN_TO_BE_REPLACED

It was wonderful having our good friend Meredith Goldstein back in studio this morning. She dug into the latest edition of Love Letters, which prompted us to play this song. And of course we had to discuss the Oscars. Make sure you’re following Meredith on Twitter, as she’ll be live-tweeting the awards this Sunday night. END_OF_DOCUMENT_TOKEN_TO_BE_REPLACED

Our first edition of TV Sets for 2016 might be better than every edition from 2015. END_OF_DOCUMENT_TOKEN_TO_BE_REPLACED