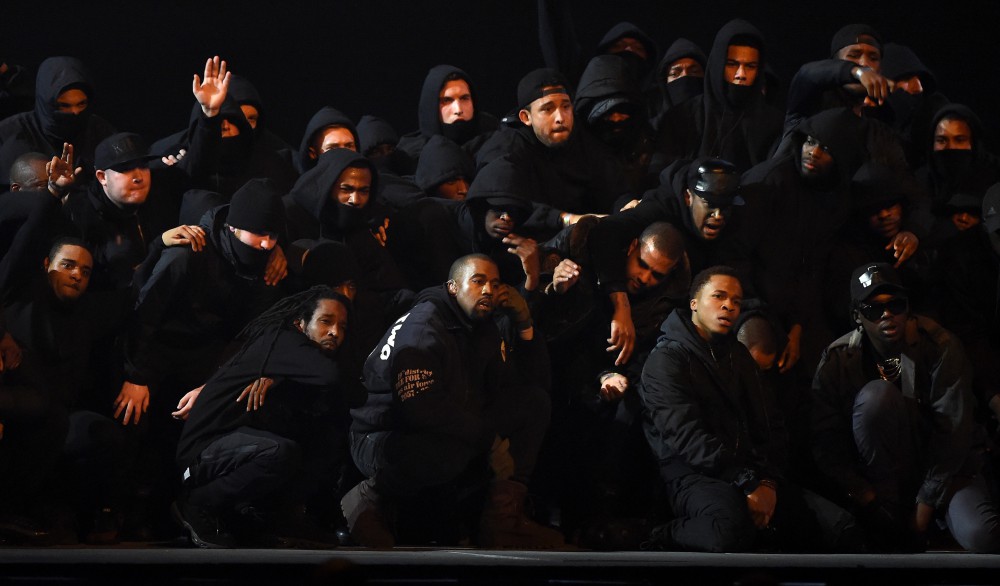 Yeezy Season is upon us, and it seems we have the British to thank.

Wednesday, February 25th at the Brit Awards, after an introduction from his wife, Kanye took the stage in black sneakers, black jeans, and a black hoodie beneath a black varsity jacket. Backed by at least 40 other similarly dressed, equally hype gentlemen (two of whom happened to be holding flamethrowers) Kanye launched his highly anticipated, oft-faked single from his as-yet-untitled album, “All Day.”

Whether or not the crowd totally got it, they were locked in. Lionel Richie did his best to take it all in, and Taylor Swift was visibly moved (though not, you know, to the beat.)

You can watch the performance (and T-Swift’s moves) below: