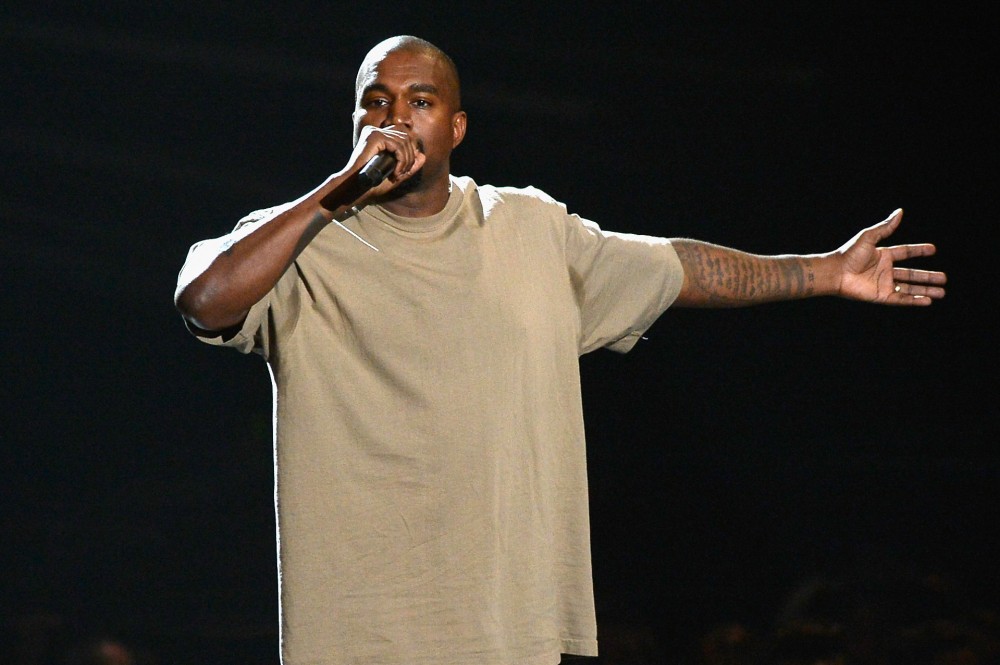 Kanye West announced Sunday at the MTV Video Music Awards that he wants to run for president in 2020.

But what would happen to we the people if the artist somehow won the election?

Five years ago, if Kanye West had pulled this same stunt, I would have immediately dismissed it as a wild joke. A silly Kanye antic. But if, five years ago, you’d also told me that Donald Trump would become the Republican frontrunner and a teenager would poll at nine percent in North Carolina under the pseudonym Deez Nuts, I also would have thought you were playing.

2015 is really weird, and things are only going to get weirder. So, honestly, I’m preparing for the possibility that Kanye West will actually and unironically build a platform.

Geoffrey Skelley is an associate editor at the University of Virginia Center for Politics’s Sabato’s Crystal Ball, a newsletter that analyzes elections across the United States. He’s also one of the the only people who was a good enough sport to not dismiss me when I asked: “What would happen to America if Kanye West were president?”

Here’s what Skelley said would be West’s biggest impacts on the country if West’s beautiful, dark, twisted fantasy came true and he were elected the leader of the free world.

(Full disclosure: Skelley said he does not know Kanye West personally and that all of his opinions on our potential future president are based solely on what he’s heard and seen West say and do publicly.)

“The U.S. electing someone like Kanye West might prompt other countries to see if they could get away with things,” Skelley said. “Countries that are not our best friends might decide it’s a good time to make a move because they [would] believe the U.S. might not be able to organize a response.”

Moreover, we don’t know a whole lot about Kanye’s stances on foreign policy in the first place. He has not spoken out publicly about them like he has about class disparity, race issues, gay rights, trans equality, and a whole slew of other social matters. That isn’t to say that West isn’t knowledgable on these topics, but that’s the impression that he’s left on certain people.

2. More young people would become interested in the U.S. government.

“In terms of pop culture influence, Kanye is Obama on steroids,” Skelley said.

West would likely follow in Obama’s path in terms of how he would use his pop culture presence to win the election. More and more young people would be pushed to participate in the voting process, which would actually be a good thing. Encouraging millennials to get involved in the political process and learn how their government works would be a public service and likely one of the (only) benefits of Kanye running.

“He might bring in people who aren’t as politically engaged,” Skelley said.

As it stands, the American two-party system is incredibly divided. Democrats and Republicans really can’t seem to agree on anything. In order to fix this problem, a unifying force—someone mild, patient, and level-headed—would need to work with both sides toward compromise.

Skelley does not think West is that force.

“Kanye West would be particularly bad at finding any path to compromise,” Skelley said. “I don’t know him personally, but it seems like he has a strong opinion of himself, and he may not have the most compromising nature.”

4. We’d probably be stuck with him for four whole years.

“Unless a president breaks a law, they can’t be removed from office,” Skelley said.

According to the Constitution, a president can only get the boot for “treason, bribery, or other high crimes or misdemeanors,” Skelley said.

Now, if Kanye really messed up something in his presidency, the language of the Constitution could be interpreted to include whatever mistakes he made. And that outcome isn’t very hard to imagine, Skelley said.

But Kanye would have to do something very, very bad to get impeached. Bad like violating federal laws or committing perjury. Not like stealing Taylor Swift’s thunder or saying mean things about his ex-girlfriend.

5. The American electoral system would be drastically altered.

According to Skelley’s expertise on this issue and my uninformed but highly emotional gut reaction, Kanye West’s presidency would mean America had stooped very, very low.

“It would mean that the foundations of the American political system had seriously eroded,” Skelley said.

“It would indicate that the political leadership [from Kanye’s opposing party] couldn’t put somebody more qualified up to run against Kanye West,” Skelley continued. “And it would also suggest that [Kanye’s own] party couldn’t find someone that was more qualified to become president.”

Basically, if nobody else in the whole country is better qualified to be president than Kanye, then I’ll have finally found that excuse to move to Europe that I’ve been looking for.

6. Despite all this, the world would continue.

So what would be the long-, long-term impacts of a West presidency? Would we fall apart completely?

Based on the support that West and Kim Kardashian have shown for Hillary Clinton, West would likely follow in the footsteps of the Democratic party, and the world would hold on throughout the four-(or, god forbid, eight-) year reign of the famed rapper. Albeit if only by a thread.

“There would probably be a continuation of what we’ve seen in recent years in terms of domestic policy issues,” Skelley predicted of Kanye’s potential presidency.

“The country will keep going if Kanye is elected president. But the potential of craziness in government might be higher,” Skelley said. “And Kanye trying to make changes in the systems, perhaps without the greatest level knowledge of them, that might be where you get in trouble.”