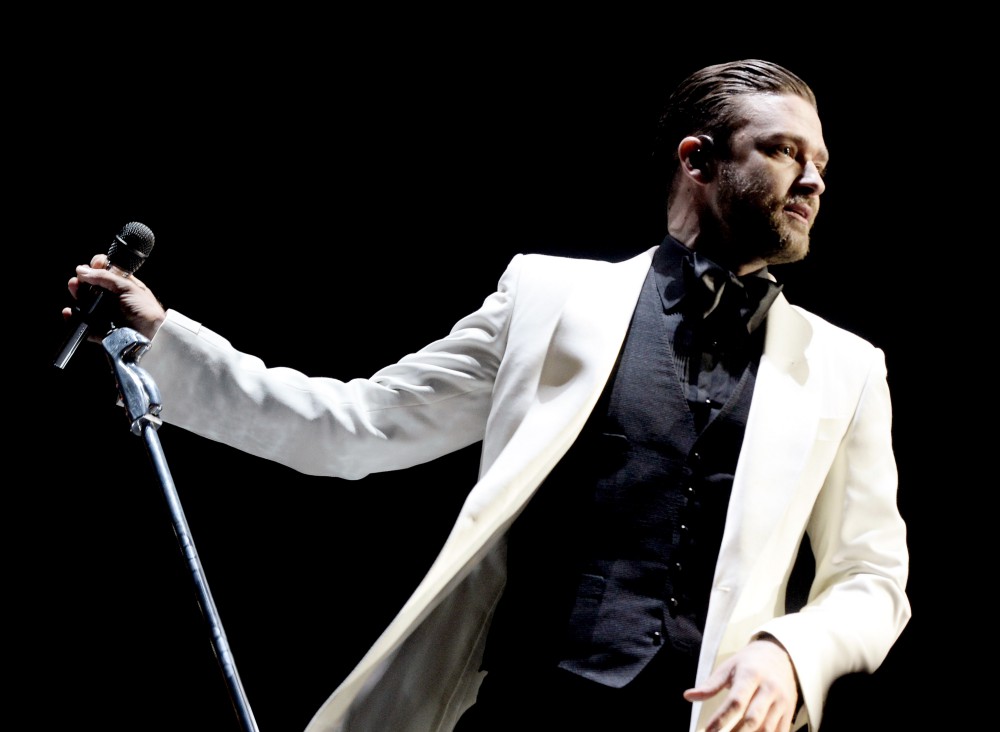 This week has a lot of big tickets rolling through town, but a week ago, this weekend’s concert calendar looked even tastier. See, Tasty Burger in Harvard Square had become the new hotspot of the local music scene. That is, until last weekend, when an Idiot Genes show got a bit rowdy and was cut-off 20 minutes in. Since then, the venue has suspended hosting any shows. Luckily, some of these shows have been relocated, including Guerilla Toss and Brooklyn’s Cloud Becomes Your Hand. If you’re looking to attend, check Facebook for updated info. Or if you’d prefer, check out these other shows instead.

The pop posterchild, Justin Timberlake, has had a huge year. With 2 full-length albums in 2013 and growing demand for his presence on “Saturday Night Live” and Jimmy Fallon, the people just can’t get enough JT. Lucky for us in Boston, he will be at TD Garden tonight as an expansion of his 20/20 Experience World Tour. Tickets are a little pricey, but come on, we’re not talking about Chris Kirkpatrick here (8 p.m., $50-175, all ages). Futuristic singer/songwriter/guitar shredder St. Vincent will play House of Blues, having just released an awesome new full-length (with Holly Herndon; 8 p.m., $25, all ages). New York rockers Yellow Ostrich released its latest album “Cosmos” this week and will roll through Great Scott to play in support of it along with Brooklyn’s TEEN and local sunny poppers Kid Mountain (9 p.m., $12, 18+). Philly post-hardcore quintet mewithoutYou heads up a stacked heavy bill at The Sinclair that also includes LA punkers Touche Amore (with Seahaven and Caravels; 7 p.m., $18, all ages).

Remember when Kings of Leon rocked really hard? To many, the band still rocks really hard, just in a way that allows them to play really huge venues and be covered by some of the best R&B artists. That’s a reasonable tradeoff. KOL plays TD Garden tonight with the help of modern guitar wizard Gary Clark Jr. (8 p.m., $27-63, all ages). The Old 97’s frontman Rhett Miller will make a stop at Johnny D’s to play a rather modest setting for a man with his repertoire (with Trapper Schoepp; 7 p.m., $17, 21+). Rhode Island rockers Atlantic Thrills celebrates the release of its debut full-length before a US tour in March. The band is joined by ex-Titus Andronicus project Liquor Store at Video Underground (with White Pages; 10 p.m., $5-10, all ages).

Looking to do a bit of grooving? Ne0-soulman Mayer Hawthorne will make an appearance at House of Blues, playing jams from his latest, “Where Does This Door Go” (with Quadron; 7 p.m., $25, all ages). Local psychedelic studs Quilt have been touring our lovely nation this past month after the release of its latest album, “Held In Splendor.” The band is joined by fellow psychedelic mind Doug Tuttle, and Cambridge punk outfit CreaturoS (with Weyes Blood; 9 p.m., $9, 21+). Carolina-based Americana family band Delta Rae will make an appearance at Royale for a show that was originally set to go down at The Sinclair (with The Falls; 6 p.m., $20, 18+).

California alt-rockers Young the Giant take the stage at House of Blues as part of the band’s Mind Over Matter Tour (8 p.m., $29, all ages). For something a bit more hard-nosed, check out Brooklyn post-hardcore collective The Men at Great Scott with Providence punks The Ukiah Drag (9 p.m., $12, 18+).

Enter to win tickets to see Trio Da Kali at The Villa Victoria Center of the Arts (Newton, MA) on April 10th. END_OF_DOCUMENT_TOKEN_TO_BE_REPLACED

END_OF_DOCUMENT_TOKEN_TO_BE_REPLACED

Enter to win tickets to Rhye at The Paradise on February 28th. END_OF_DOCUMENT_TOKEN_TO_BE_REPLACED

END_OF_DOCUMENT_TOKEN_TO_BE_REPLACED

Enter to win a pair of tickets to attend The Hess Collection Seminar and Dinner as part of Boston Wine Festival 2018 at the Boston Harbor Hotel on Wednesday, March 14th. END_OF_DOCUMENT_TOKEN_TO_BE_REPLACED

Her new album has been pushed back, but we have Kimbra’s new single for you. END_OF_DOCUMENT_TOKEN_TO_BE_REPLACED

The folk duo returns with a new record this week. END_OF_DOCUMENT_TOKEN_TO_BE_REPLACED

Now that we’re done looking back at 2017, let’s look ahead at 2018. END_OF_DOCUMENT_TOKEN_TO_BE_REPLACED