Just another number? Going on a date with the guy behind One Hundred Dates 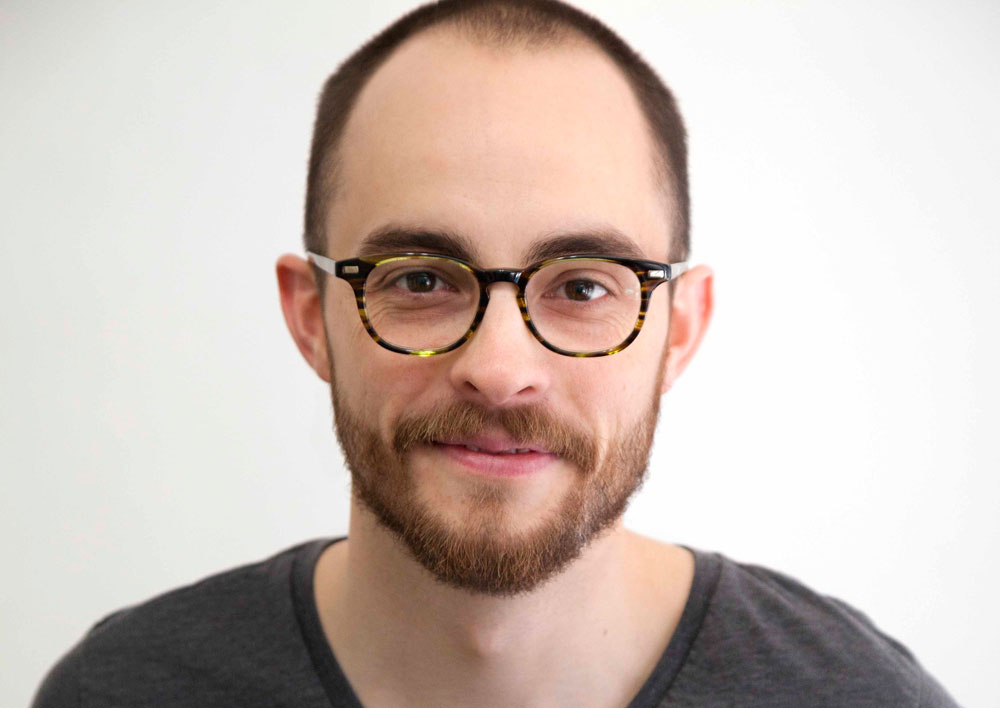 Evan Barden didn’t go on his first real date until he was 25. Sure, he’d spent a year in a relationship, but playing the dating game? It was time to try it. He wasn’t looking for romance. He simply enjoyed experiencing new people, finding people with whom he had a mutual attraction. But he felt that dating wasn’t what it should be — fun. And that’s how the Winchester native became a dating expert.

Inspired by onetime Bostonian Gaby Dunn’s 100 Interviews, he created a list of 100 dates. Between July 2011 and June 2012, the New York-based writer/comedian went on just under two dates a week with 89 different women, two men, even a group of speed-daters. He documented each date on his website, onehundreddates.com.

So what it is it like to be on a date with such an experienced dater — a guy who’s been around the block, so to speak? How does he act? What does he talk about? Is he more relaxed than your typical blind date? I’m in a relationship so I set him up with my friend Alana to find out. Here’s what went down.

Evan: I haven’t driven in Boston in a long time. I got to her place a bit early and then drove around Boston for a while so that I didn’t look like an idiot who didn’t know his way around. It’s always smoother not to have to use your phone for directions. I pulled up outside and called her. It was funny to hear her voice before meeting her, you know? Because we all text so much these days.

Alana: He was really punctual — he picked me up at 10:01. When I went downstairs to meet him he was waiting outside of his car, I guess to make sure that I knew it was him so I didn’t get into the wrong one…which has happened to me before, by the way.

Evan: She came downstairs and she looked great. It was cold and I was all bundled up, but she was wearing fun date clothes. She was very friendly. She greeted me with a hug.

Alana: I thought he was cute, and well dressed. I really liked his beard. It was a cool beard. His glasses made him look smart. He seemed very confident. You could tell he’d been on 100 dates.

Evan: We went to the first bar (Lucky’s Lounge) and started chatting. She told me about school, about where she’s from (Puerto Rico). I gave her some of my background, what I’ve been doing with my life and my work.

Alana: He sat next to me instead of across from me. I told him I drink IPAs, so he went up to the bar and ordered for me. He was really sweet — he paid for all of my drinks.

Evan: We sat in the back and had beers and about halfway through a live band started playing. It was fun but we were trying to talk and it was way too loud, so we left to go to the second bar, Drink.

Alana: He was really easy to talk to — he talks a lot, actually — but not just to fill in conversation. We talked about everything, really. About the job that he just quit, about potential projects he’s getting involved with. We talked about the One Hundred Dates project a lot — that’s mostly what we talked about. I’m a lot younger than him (he’s 28, she’s 21), and it was interesting to see our different perspectives on dating and relationships — him having graduated a while ago and me being still in school. Totally different dating environments.

Evan: I thought she was very friendly. It didn’t feel like she was trying to impress me, she was just genuinely fun and friendly. She had a good attitude about the whole thing. I think that’s a big thing when the person seems like they want to be there.

Alana: We were sitting and talking at the second bar and a very intoxicated couple sat next to us. It was a pretty fancy place, so we had our tiny, delicate looking drinks, and we watched as the bartender brought the drunk couple this…chalice thing. But it looked like a pineapple. In a luau skirt (can’t stop laughing). Oh, and it was on fire. It came with a volcano contraption-shaped thing, which was also on fire. The man sitting next to us accidentally let the table catch fire, and the bartender patted it out with his bare hands. We were very confused. It was a conversation starter.

Evan: There were flames all over the counter. The bartenders were oddly calm about it, like it happened all the time.

Alana: We stayed at Drink past closing time, until they basically kicked us out. Then we went to his car and kept talking. He drove me home and we parked outside of my apartment. I asked how long he was in town for, and he said he’d just come up for the night, for the date, so that was pretty cute and flattering. I mean he was obviously doing it for work, too, but it was still cute.

Evan: I drove her home and she told me to make sure that I see this movie, “Before Sunrise.” We said it’s time to go, it’s late … you know, we were delaying. We were about to hug goodbye but I pulled back a bit and went in for the kiss. I thought it was a nice date! I felt a little weird about it, I wasn’t sure if it was the right moment and for a second I was worried I had offended her, but I think it was fine. I sent her a text when I got home to let her know I hadn’t died. She seemed really happy.

Alana: I was about to leave and he goes, “So, see you never?” And I said, “No, I’ll probably be moving to NYC soon.” And then I went in for a hug, and he gave me a kiss! Bam. And that’s it. Oh wait, I also kind of invited him to Puerto Rico. To stay at my beach house. Actually, I definitely invited him. He texted me this morning, and we confirmed it.

Evan was definitely more relaxed and laid back than other guys I’ve met. You could tell that he was older, and that he wasn’t self conscious about what I would think of him. I think that comes with age though. What was interesting about our interaction was that we had a blank slate to start from. With other guys I’ve gone out with, there were mutual friends or shared experiences or something like that. But despite the fact that I’d never met Evan, he had a lot to talk about because he’d traveled so much and met so many people. He’s a really interesting dude. I don’t know if I would pursue a relationship with him, but I would definitely hang out with him again. If I move to New York, I’ll give him a call.

It was great having Meredith Goldstein back in studio this morning to talk about the latest edition of Love Letters. Listen to our chat and you’ll figure out why I chose the song I chose to go along with today’s letter. END_OF_DOCUMENT_TOKEN_TO_BE_REPLACED

SXSW is underway in Austin, showcasing the best and newest elements of the music, film, and interactive marketing worlds. In between attending tech seminars and film screenings, festival-goers are spending time on Tinder. But their swipe-rights aren’t ending in hook ups.
END_OF_DOCUMENT_TOKEN_TO_BE_REPLACED

Today marks the sort of anticipated launch of Tinder Plus in the United States following a four-month trial run with European and South American users. The paid version of the dating app boasts two “premium” features, the ability to swipe in other cities without leaving your couch and the option to “undo,” should you accidentally impulsively swipe left on your soulmate. END_OF_DOCUMENT_TOKEN_TO_BE_REPLACED

You know the regular grind: You spend eight hours of day, staring at a screen, doing whatever task-based job you’re being paid on a weekly basis to do… but sometimes, you just want to see who else is single and ready to mingle at 2 on a Tuesday afternoon. END_OF_DOCUMENT_TOKEN_TO_BE_REPLACED

Anyone who has spent a fair amount of time online dating knows your greatest ally in the field is your bartender. They can provide a pep talk if you arrive early. And another if the night ends up a bust. Also, they control the flow of liquor. END_OF_DOCUMENT_TOKEN_TO_BE_REPLACED

Tinder, a dating app that fine-tunes millennials’ facial recognition skills,  had its busiest day ever on Valentine’s Day. END_OF_DOCUMENT_TOKEN_TO_BE_REPLACED

This year, Valentine’s Day isn’t just a day to send each other horrible greeting cards and eat candy that tastes like pulverized chalk. It’s also the tenth anniversary of the founding of YouTube. END_OF_DOCUMENT_TOKEN_TO_BE_REPLACED

There are certain accents that just make you swoon. But according to a new study, there’s one accent that reigns supreme in its ability to make people weak in the knees.
END_OF_DOCUMENT_TOKEN_TO_BE_REPLACED

END_OF_DOCUMENT_TOKEN_TO_BE_REPLACED

I have an awesome friend who just started dating an awful girl. Before they got together she befriended mutual friends solely to get him to start dating her, then ditched them as soon as she had him. Now she acts sulky at group events if he isn’t always paying her attention, and is rude to anyone who can’t directly benefit her, especially girls. She’s not someone I want to be around if I can help it.  END_OF_DOCUMENT_TOKEN_TO_BE_REPLACED