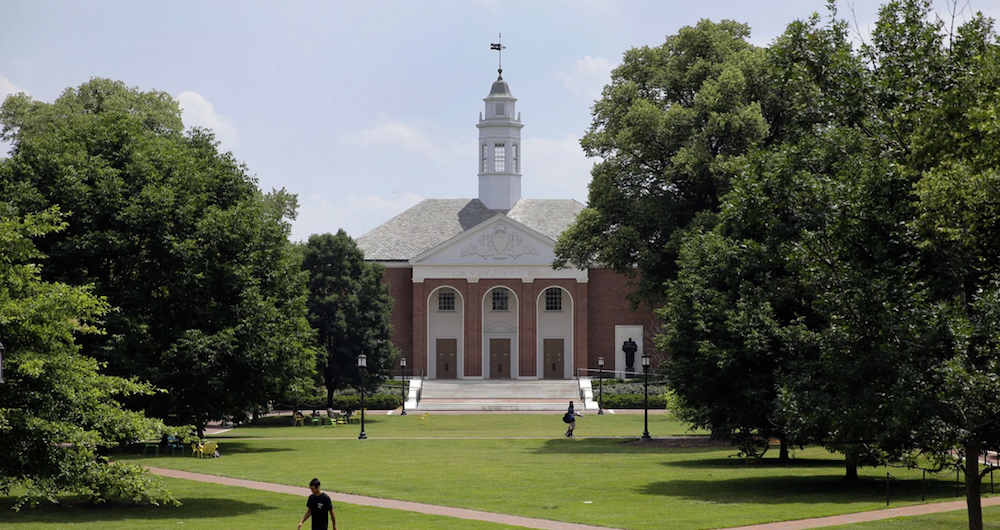 In what has become an almost yearly occurrence, a major university accidentally sent correspondences to deferred or rejected students implying they’d been accepted. This time the culprit is Johns Hopkins University, who sent almost 300 students an email with the subject line “EMBRACE THE YES!”

Johns Hopkins is a notoriously tough school to get into, only accepting 15% of applicants for its most recent freshman class. So when 293 students who had already been deferred or rejected received an email welcoming them to the class of 2019, the sting was especially pronounced, according to this tweet from a rejected-then-accepted-then-rejected-again student. 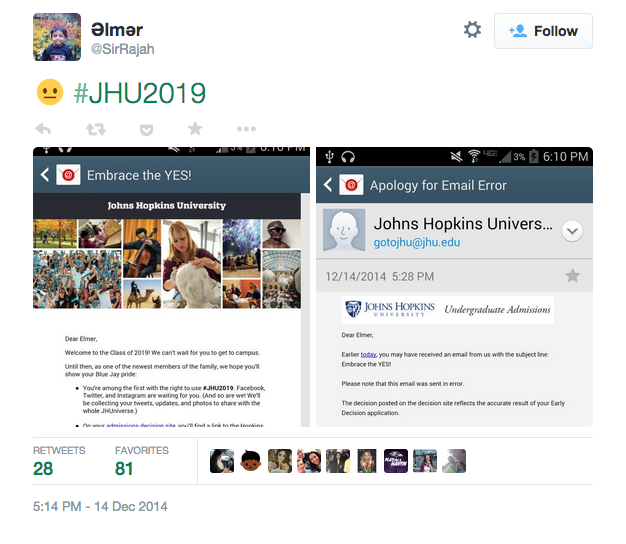 You may recall a similar incident in February, when MIT accidentally sent a financial aid email to both accepted and prospective students that casually ended with “You are on this list because you are admitted to MIT!” in the footer. Other similar incidents over the years include Fordham University sending 2,500 false acceptance notices last year, Vassar College inadvertently sending 76 erroneous acceptances in 2012, and in the biggest goof of them all, University of California – San Diego sent acceptance letters to all 46,000 applicants, including 28,000 that were summarily rejected.

The Washington Post spoke to the Vice Provost for admissions and financial aid at Johns Hopkins, who attributed the email to human error, blaming a contract worker for mixing up email lists.

“We apologize to the students affected and to their families,” Phillips said. “Admissions decision days are stressful enough. We very much regret having added to the disappointment felt by a group of very capable and hardworking students, especially ones who were so committed to the idea of attending Johns Hopkins that they applied early decision.”